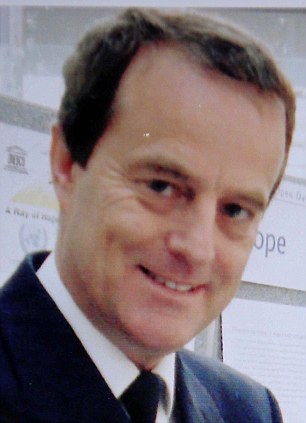 Predator: Simon Wood at a fundraising event for BA’s charity work in Africa

British Airways pilot used his position to abuse hundreds of vulnerable children in African schools and orphanages, the Daily Mail can reveal.

First Officer Simon Wood, 54, claimed he was carrying out charity work for the airline while molesting scores of young girls during his stopovers in Africa.

Dressed in a bogus captain’s uniform, he would use the airline’s good name – and even BA branded toys and colouring books – to lure children out on day trips and to five-star hotels used by the airline, where he would abuse them.

British Airways is now facing a hugely damaging lawsuit brought by his victims, who say the company failed to protect them from his horrific abuse.

After abusing children for 15 years, the £100,000-a-year pilot was finally stopped when he was charged with separate child sex offences in the UK.

Days after appearing in a court in London last month charged with the offences, Wood threw himself under a train.

Prosecutor Peter Zinner said: ‘The prosecution say that Mr Wood was a deeply depraved and corrupt individual who had used his ability to fly to other parts of the world to commit sexual offences against children.’

Officials in Kenya have identified at least 15 children, all believed to be girls aged five to 11, that Wood abused – and say they fear there are hundreds more.

As British Airways launched an international investigation into the ‘shocking’ claims, questions were asked over why the pilot – who was arrested after indecently assaulting an eight-year-old girl in 2000 – was ever allowed to work near children.’

Prosecution sources said they feared the pilot could prove to have been among Britain’s most prolific sex offenders. 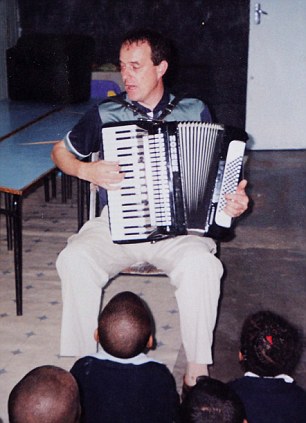 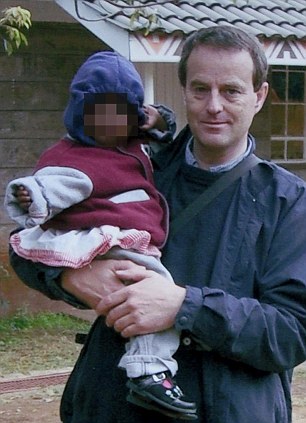 Vulnerable: Wood at a Kenyan children’s home (left) and with a child at the Nyumbani Children’s Home for kids infected with HIV (right)

During his 16-year career with British Airways, Wood chose unpopular routes in and out of East Africa, using his stays there to prey on vulnerable children in the slums.

His first known contact with children in Africa came in 2001 when he began visiting an orphanage in the Karen area of Nairobi, the Kenyan capital.

At Easter 2002, he was among 20 crew members from two BA flights who volunteered to spend the holiday period with the Kenyan youngsters, showering the orphanage with presents, medicines and donations raised at home.

He told the UK news agency the Press Association, which covered the trip: ‘We play, sing, organise activities and generally entertain them. We become very close to the children.’ 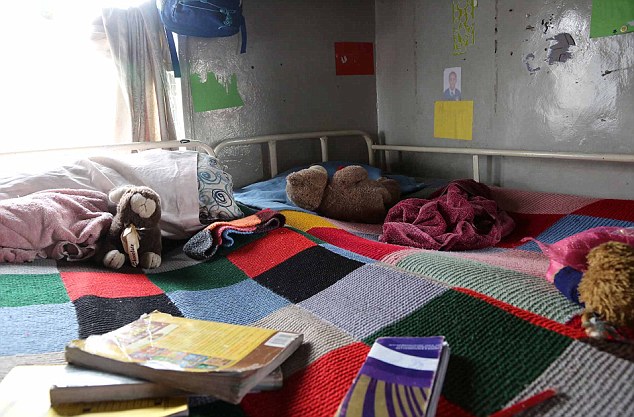 Horror: Simon Wood kills himself after being accused of molesting young girls at an orphanage in Nairobi, Kenya. Picture shows the dormitory inside the Tulia Kidzone Centre, an orphanage in Eastleigh, Nairobi.

In fact Wood was using the prestige of his pilot’s uniform to gain access to children for the purposes of abusing them.

Much of the most recent abuse happened during stopovers in Uganda, his normal flying destination, from where he would cross the border to Kenya to target slum children and orphans.

Officials in Kenya say, he claimed he was a member of ‘BA’s community relations programme’ when approaching orphanages and schools.

If managers complained about his behaviour, Wood made official complaints to the police that the staff involved were stealing from the children’s homes, and at least two managers were arrested over his allegations.

Wood first came to the attention of police when he was accused of an indecent assault on an eight-year-old girl. He met the girl while volunteering for Diabetes UK, escorting young children on a trip to North Yorkshire in 2000. 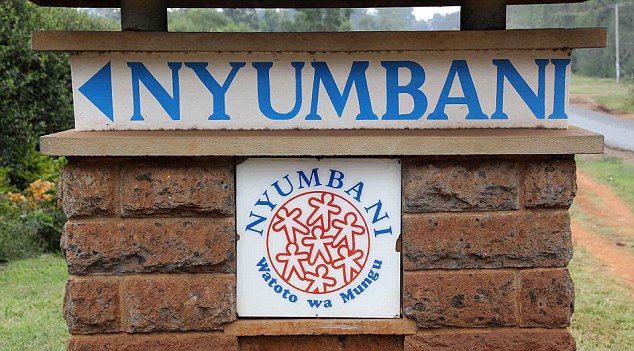 Wood was arrested over the sex attack, but – in an echo of the Jimmy Savile scandal – the Crown Prosecution Service ruled there was insufficient evidence to charge him. He was allowed to keep his job at BA and, in an indictment of the vetting system, continued his charity work with children.

The mother of one young victim told the Mail her daughter was abused at a five-star hotel used by BA crew in Nairobi.

She said that after loaning her money Wood duped her into letting him take the five-year-old girl to the Nairobi Intercontinental.

‘I trusted him completely because he seemed so good and so kind. I trusted him with everything, even with my daughter,’ she said. 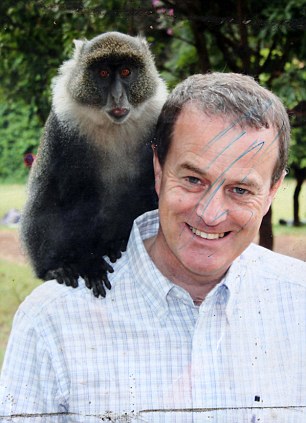 A picture of Wood, taken in Nairobi Central Park. A child has used a pen to disfigure the face

The girl, now 14, is struggling at school and has become tearful and withdrawn. She has threatened suicide to escape the shame and misery Wood inflicted.

When suspicions arose about Wood in Kenya, one local school contacted a British law firm, whose staff travelled to Kenya with a view to beginning legal action against both Wood and British Airways.

But when they realised the extent of Wood’s sexual offences against the children they passed the matter onto British police.

Following a tip-off, UK officers re-arrested him on July 18 in the BA staff car park at Heathrow over the 2000 assault.

When they searched his laptops, they found explicit images of African youngsters. During a police search of Wood’s car several school uniforms were found, Westminster Magistrates’ Court was told.

Prosecutor Mr Zinner said: ‘His computer was seized and evidence was obtained to show that he had visited various paedophile websites.’

Wood appeared at the court  on August 16 charged with possessing indecent images and indecently assaulting an eight-year-old schoolgirl.

He was granted bail on the condition he surrender his passport but two days later he threw himself under a train near his home in Potters Bar, Hertfordshire.

Prosecutors announced last Wednesday that as a result of his death, they were halting the case.

Jennifer Swiddon, representing Wood, said that her client intended to deny all offences against him prior to his death. 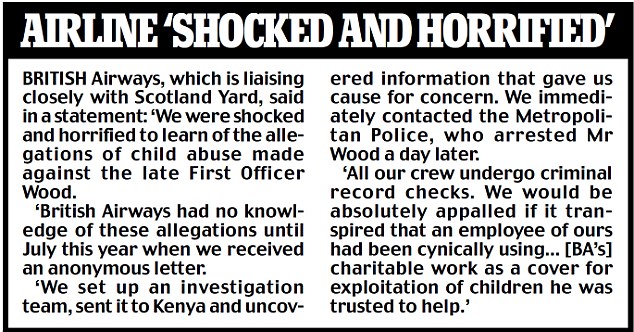 It was revealed in court that police suspected Wood had abused more than 100 African children. A well-placed legal source said it was now feared that Wood had targeted hundreds of girls during his BA career.

Before his death, Wood had transferred £64,000 to his legal representatives in Africa.

Detectives suspect he was planning to use it as ‘hush money’ to buy off his victims or to open an orphanage in Uganda where more youngsters could be targeted.

The families of Wood’s brothers Nicholas, 52, and Anthony, 51, said it was ‘a difficult time for the whole family’ and declined to comment.