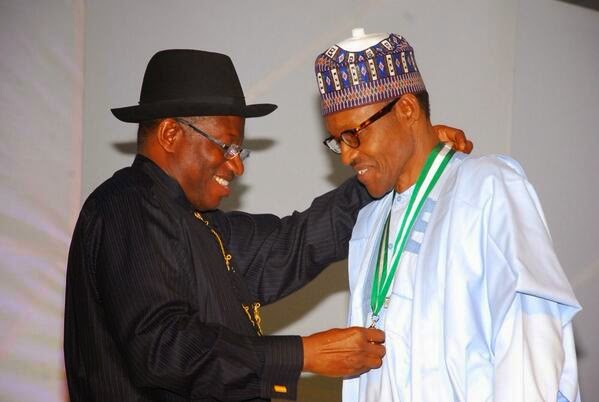 The Ijaw Youth Council has changed its stance after earlier commending President Goodluck Jonathan for accepting defeat at the poll and promising not to resort to attacking pipeline and oil infrastructure.

After once pledging loyalty to the Buhari administration, the spokesperson for the group, Eric Omare, now says the group is not satisfied with the turn out of the polls and will seek a new direction.
Read their statement below:

“The IYC has resolved to call for a National Congress of all Ijaw Youths on Sunday, the 5th of April, 2015 at Tuomo Community in Burutu Local Government Area of Delta State where all the Ijaw Youths of the Niger-Delta region would meet to review the outcome of the Presidential elections.

“IYC will take a position and determine the next direction of our struggle for self-determination and resource control as enshrined in the historic Kaiama Declaration.

“We call on all Ijaw Youths to be alert and ready to heed the call to the service of the Ijaw nation at this crucial time of our history and struggle for survival in the Nigerian state in the face of the grand conspiracy between the north and a section of the south west to continue to suppress and exploit the resource of the Ijaw nation.

“We recall that when President Jonathan, an Ijaw and from the South South won an internationally acclaimed free, fair and credible election in 2011, General Buhari and his people never at any time congratulated or supported President Jonathan.

“Instead they killed hundreds of innocent Nigerians and fought President Jonathan from the day he became the Acting President of Nigeria in 2010 until the north conspired with a section of the south west to take over the Presidency from President Jonathan and the minorities of the south-south in an election fraught with irregularities.

“It is also significant to note that none of the northern socio-cultural groups such as the Arewa Consultative Forum (ACF) and others congratulated or supported the administration of President Jonathan.

“Northerners created Boko Haram and blamed it on President Jonathan deliberately to incite the northern populace against President Jonathan and make him unpopular in the 2015 election so as to take back power in a grand conspiracy with a section of the south west.

“Therefore, the April 5, 2015 meeting of all Ijaw youths would determine the position of the Ijaw Youths on the 2015 Presidential election and our next line of action,”