Not getting enough attention? Now Rihanna dyes her hair GREY as she insists ‘it’s the new black!’

Her consistent tardiness on tour has led to  fans venting their anger at their idol.

But while Rihanna can’t seem to make it to  the show on time, the Diamonds hitmaker has time enough to dye her  hair.

The singer took a break from her world tour  on Wednesday to have extensions fitted and then coloured grey. 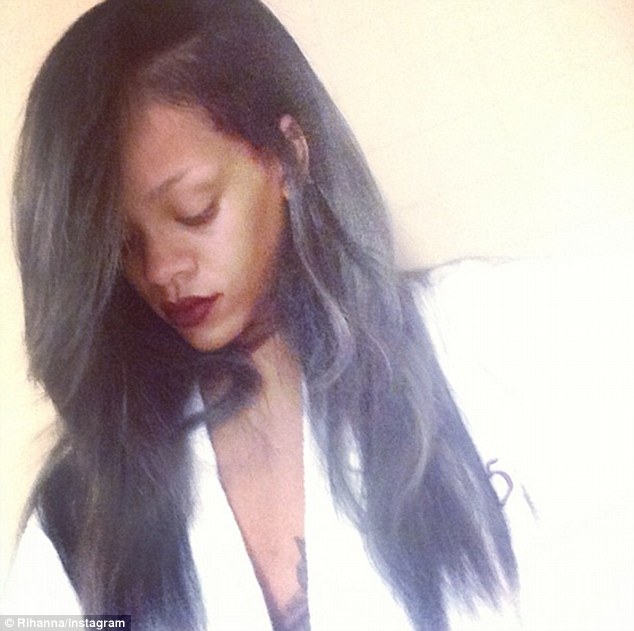 Grey shock: Rihanna turned the pages of time by dying  her long locks grey and then showing off the new look on her Twitter  account

Pleased with the deliberately patchy result  she then took to Twitter to share the results with the world.

Perhaps the star is hoping to start a new  trend.

But while her Granny chic look may entertain  the pop singer, she certainly isn’t the first to attempt it. 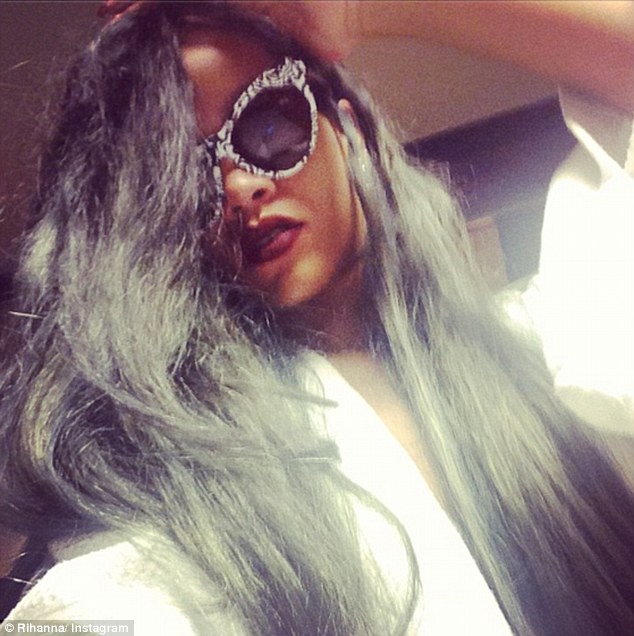 Starting a trend: The eccentric singer tweeted that grey  is the new black and that blonde is out

Lady Gaga, Nicole Richie, Kelly Osbourne,  Pixie Geldof and Kate Moss have all been there done that.

Rihanna may simply be trying to keep herself  occupied amid reports that fans are tiring of her persistent  lateness.

The 25-year-old has been criticised for turning up to concerts anything up to three  hours late – leaving her fans tired and bored.

And the unrepentant star even found herself  pelted with food by angry fans in Manchester, England on Tuesday after arriving  an hour behind schedule. 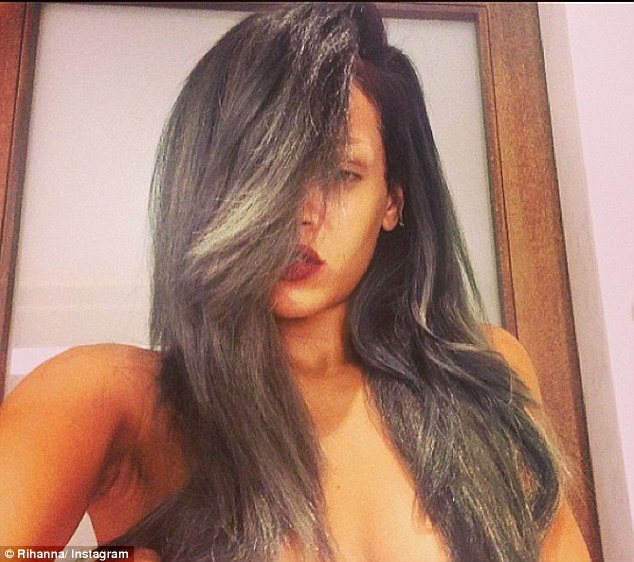 Hair-raiser: Rihanna struck a sultry and seemingly  topless pose in this Twitter picture while using her hair to cover her bare  chest

It all began when the singer got angry after  someone in the audience threw her a gift onstage.

‘There’s a good crazy and there’s a bad  crazy,’ the Barbadian beauty  said.

And disgruntled fans then began to throw  crisps at her.