If Kelly Brook has ever regretted ending her relationship with rugby hunk Thom Evans, she better look away now.

The 28-year-old rugby player-turned-model shows off his incredibly pert behind as he poses in boxers and briefs for D.HEDRAL’s Spring/Summer 2013 campaign.

Thom’s latest shoot sees him modelling the Anglefit range, which the brand say are designed to ‘lift and enhance’ a man’s bottom. 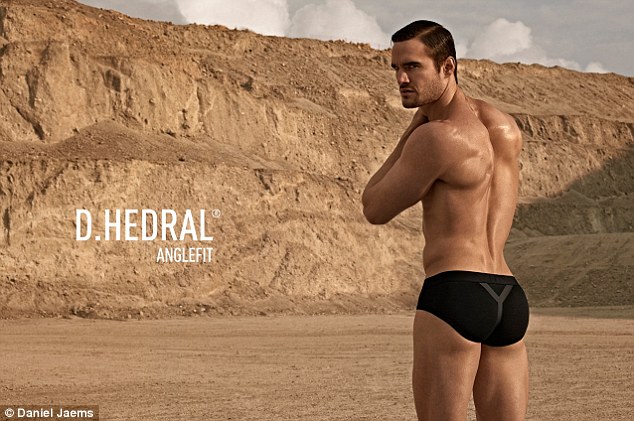 The best behind: The rugby player-turned-model shows off his incredibly pert behind as he poses in boxers and briefs for D.HEDRAL’s Spring/Summer 2013 campaign

Previous photoshoots have been slightly more modest – this is the first time that Thom has showed off his super-toned behind.

Each pair of the pants, from the Gigolo Joe collection, has been designed to help lift the bottom and give a more defined and pert look. 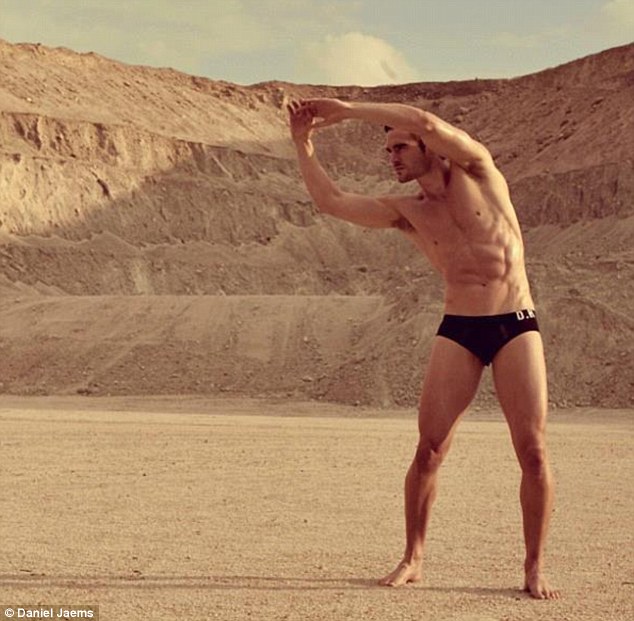 Making shapes: Thom shows off every single one of his muscles as he pulls some shapes on location

The pants are styled with a distinctive Y-shape to the rear to accentuate the shape of the buttocks.

Showcasing the pants to perfection (he is perhaps the last man in need of bottom-enhancing briefs) Thom pulls out his best poses for the shoot, locking eyes with the lens and demonstrating the underwear’s so-called ‘pulling power’.

The photos, shot on a rocky location by Daniel Jaems, see Thom show off his finely honed muscles. 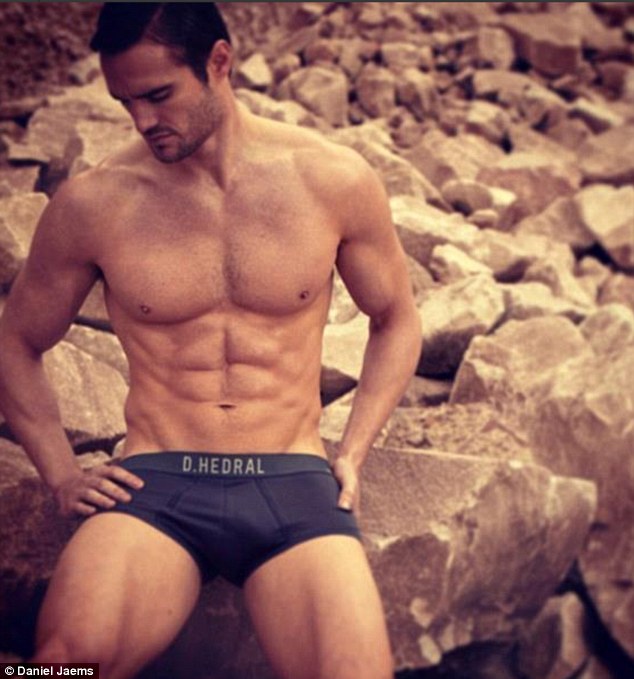 Rippling abs: Sporting a pair of the brand’s Gigolo Joe briefs, Thom showcases how they can work to perfection

Thom, who has been dating former 90210 actress Jessica Lowndes since his two-year relationship with Kelly ended in January, has modelled for several of the brand’s campaigns.

The new collection incorporates the brand’s patented Anglefit Technology. And the pants – made of what the firm describe as ‘super-light, anti-sagging, quick-drying microfabric’ – certainly hug Thom’s shape in the steamy shots.

The fabric has been designed to stretch depending on the shape of the wearer’s bottom to create a second skin and enhance the appearance of the rear. 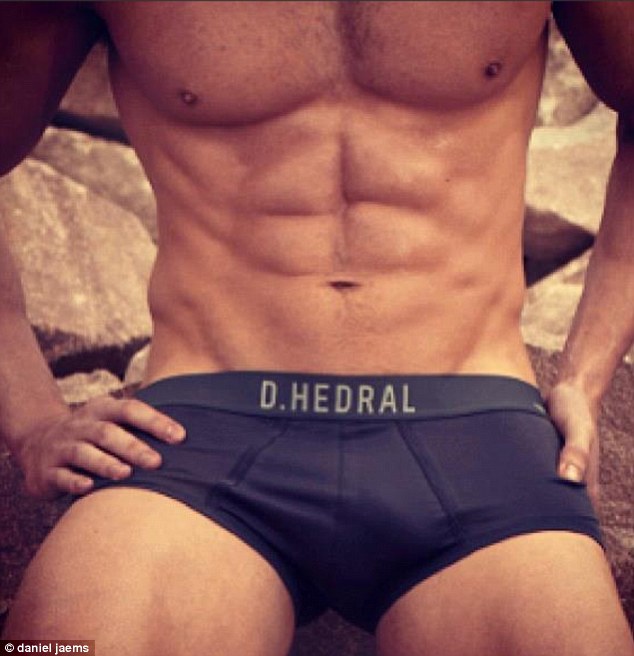 Ready for his close up: DHEDRAL’s twitter account tweeted this zoomed in shot, just to remind us of the full potential of the underwear 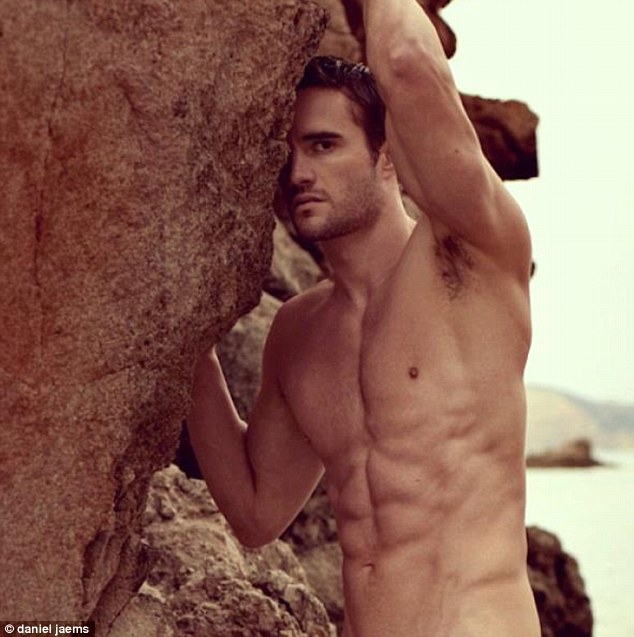 Peekaboo: Locking eyes with the camera, Thom shows off his muscular physique 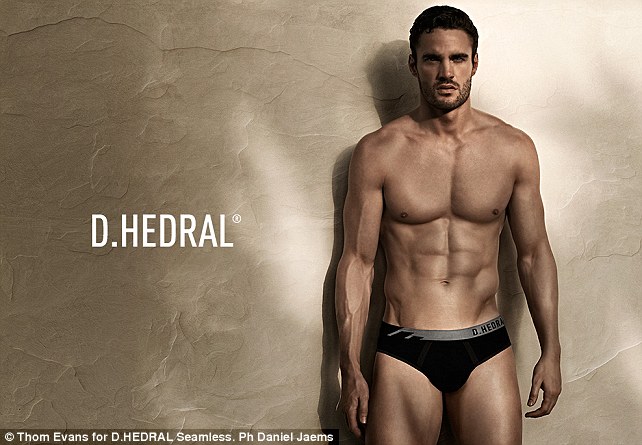 Regular face: Thom is also the face of D.HEDRAL’s new seamless underwear range and looks incredible in the campaign shots, showing off his killer body 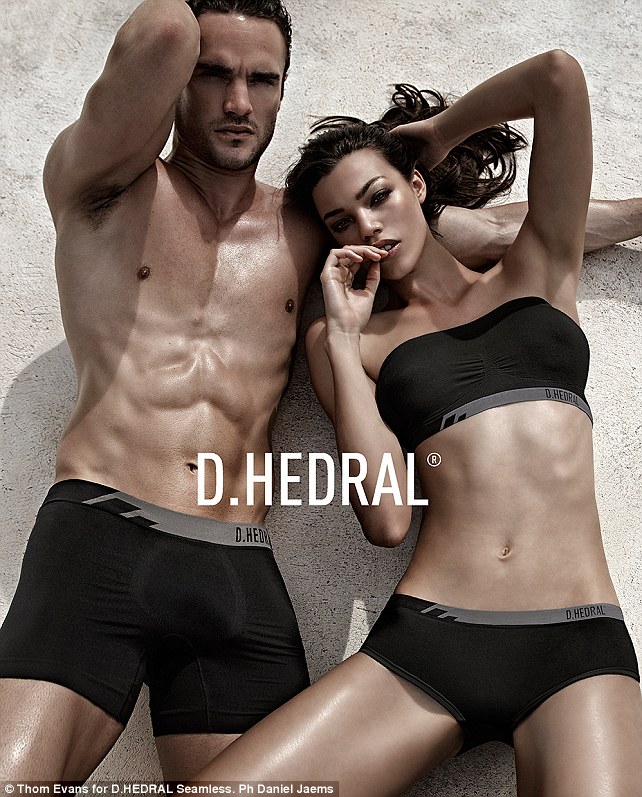 Professional: Thom looks seductively into the camera as he poses with a female model in a pair of D.HEDRAL’s seamless boxers
Read more: Daily Mail