Sir Alex Ferguson has revealed for the first time the secrets of how he became the most successful manager in British football history.

The Manchester United manager opened up and provided a fascinating insight into his 26-year career at Old Trafford.

Ferguson, who will be 71 on New Year’s Eve, collaborated with academics at the prestigious Harvard Business School in Boston studying his management style. 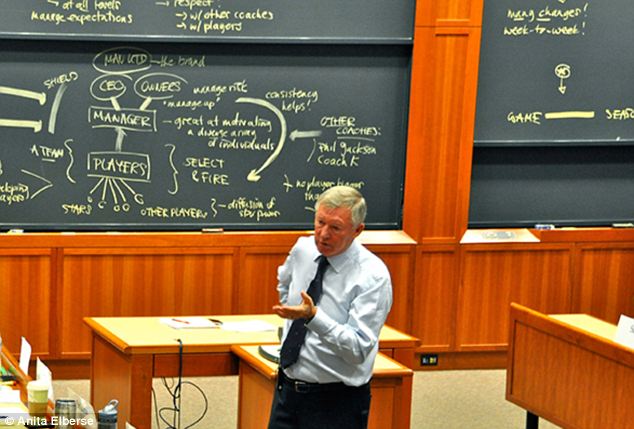 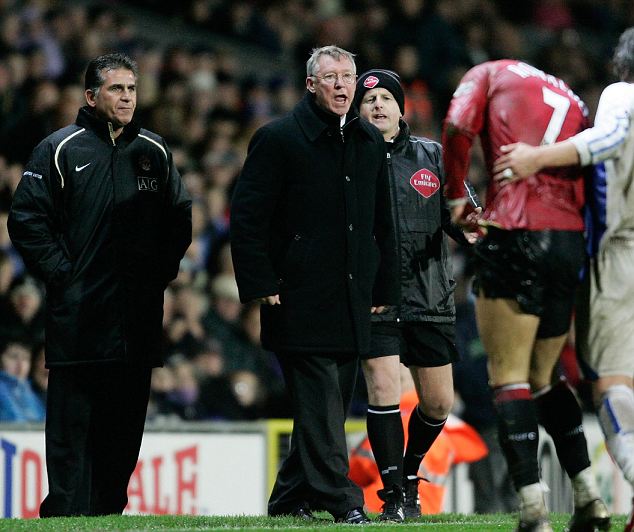 Famous fury – but there’s a softer side: Sir Alex Ferguson says he is much calmer these days

He wanted to pass on his blueprint for managing one of the biggest sport clubs in the world and a global brand.

The in-depth study by Professor Anita Elberse and Tom Dye – titled Sir Alex Ferguson: Managing Manchester United – reveals his blueprint for planning the season, match-day rituals, the players he targets, keeping control of the dressing room and the mistakes he made.

The study also shows how he prepares his team, the way he conducts his team-talks and how he changes a game’s direction at half-time.

Ferguson said: ‘I like to tell different stories, and use my imagination. But generally, it is about our expectations, their belief in themselves, and their trust in each other.

‘I remember going to see Andrea Bocelli, the opera singer. I had never been to a classical concert in my life. But I am watching this and thinking about the coordination and the teamwork, one starts and one stops, just fantastic.’

Ferguson also spoke about his ruthless streak in dealing with players.

He said: ‘We fine them, but we keep it indoors. You can’t ever lose control — not when you are dealing with thirty top professionals who are all millionaires. And if anyone steps out of my control, that’s them dead.’

‘Players these days have lived more sheltered lives, so they are much more fragile now than 25 years ago,’ he said.

‘I was very aggressive all those years ago. I am passionate and want to win all the time. But today I’m more mellow.

‘And I can better handle those more fragile players now. There’s all this hype about hairdryers and anger and so on.

‘You can’t always come in shouting and screaming. That doesn’t work.

‘But there’s another side to it, which is more in terms of how I have fostered relations with people and developed the team over the years.
– UK Daily Mail
Tags: alex ferguson, harvard, Man United