Smooth operator: Singer, Kelly Rowland gets the airbrush treatment as she strips down for magazine shoot (PHOTOS)

But for her mid-riff baring cover for Shape magazine’s October issue, the 32-year-old was looking a little beyond her normal self.

Wearing skimpy black bikini bottoms The X Factor judge appeared to be airbrushed, smoothing away the natural contours of her legs and waist. 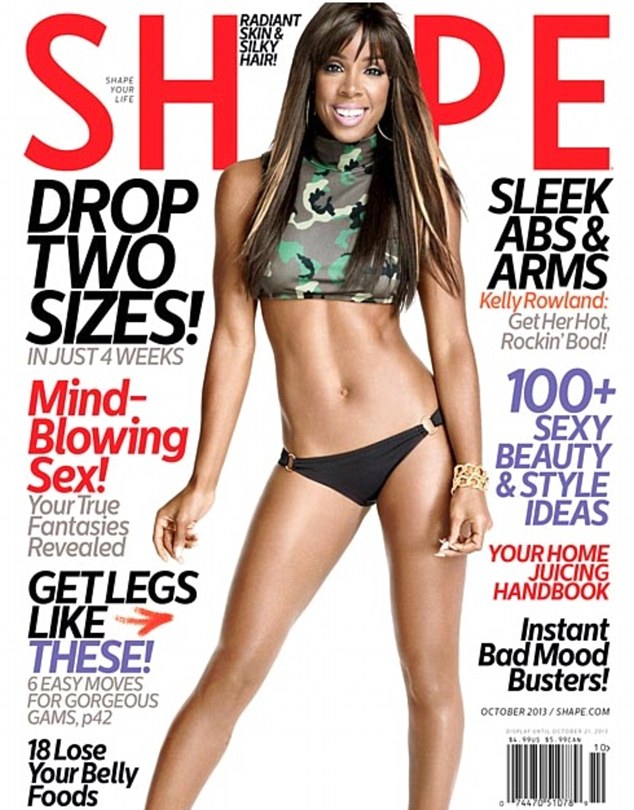 A little too good to be true: Kelly Rowland showed off her smooth limbs on the October cover of Shape Magazine 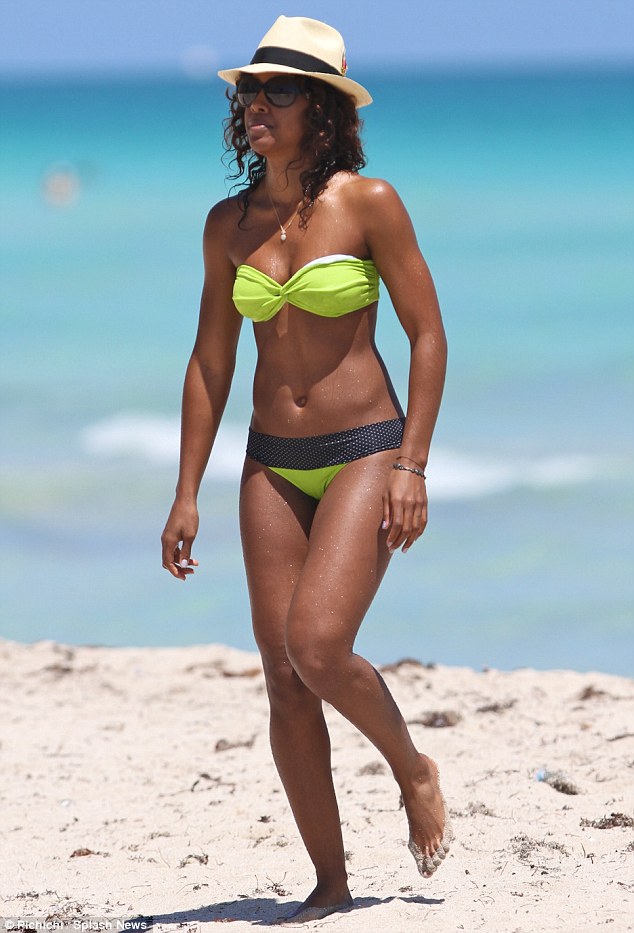 Kelly in real life: The 32-year-old star pictured in Miami, Florida, in February 2011

Sporting a camouflage crop top the singer’s legs were noticeably smoother and smaller.

And Kelly’s already toned tummy was clearly stripped away of its thin layer of extra skin with the wave of an airbrush wand.

Although, the photoshop make-over was hard to spot due to the fantastic shape the Destiny’s Child alum has kept herself in. 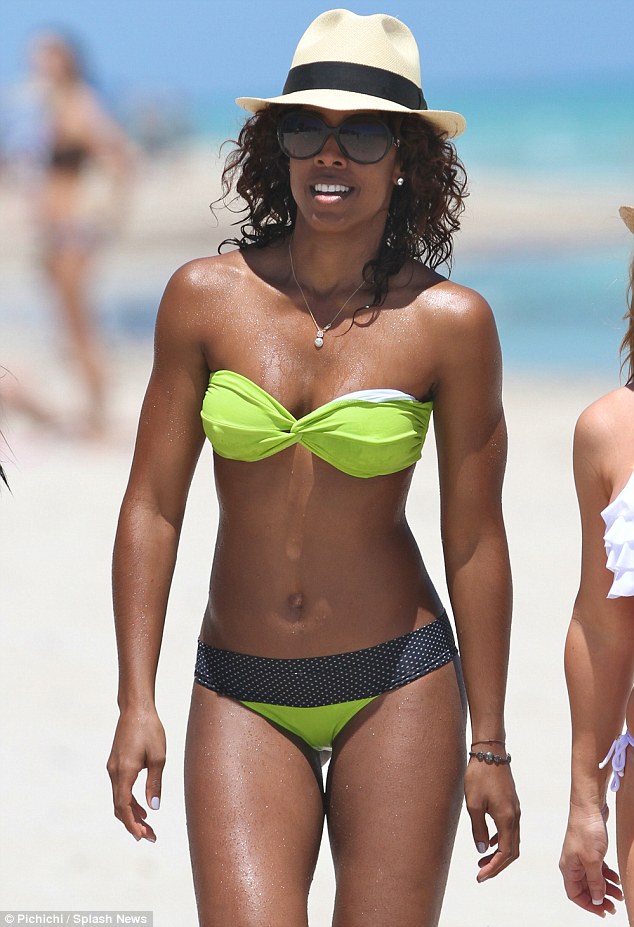 Staying fit: The singer says she keeps in shape with working out five-six days a week

Kelly keeps fit by working out with her trainer Jeanette Jenkins.

She explained to the magazine: ‘I work out five or six times a week. I feel better, look better, sleep better….Being fit makes me feel sexy. Isn’t that everyone’s goal when they work out, to look good naked?’ 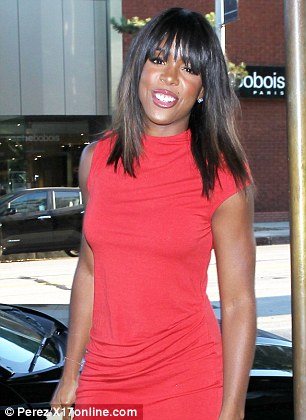 Busy: Kelly has a new gig as a judge on the US version of The X Factor, pictured last week in Beverly Hills

But Rowland also admitted that she needs to work extra hard to keep fit as she ages: ‘As I’m getting older, the Rowland family trait of having bigger bottoms is taking its toll on my hips and butt.

‘The other day, [my trainer] had me doing squats that were so hard I wanted to kill her. But my behind is getting higher and tighter. Exercise really does change your body.’

And the singer also revealed how she manages her food cravings: ‘When I want a steak, I grill some Portobello mushrooms and put a little goat cheese on them.

‘And I’ve learned to satisfy my sweet tooth by replacing Reese’s Peanut Butter Cups with half a tablespoon of almond butter on half a banana.’

Meanwhile, Rowland has just begun her new gig as a judge on the US version of The X Factor.

She has also just released her new album Talk a Good Game.

The hit single off of the record Dirty Laundry initially gave the artist pause due to its confessional nature.

She told Shape: ‘When I was writing [the song], I thought my story of abuse was too personal to share, but my manager reminded me that so many women are in similar situations—and that as an artist I’m supposed to be vulnerable.’