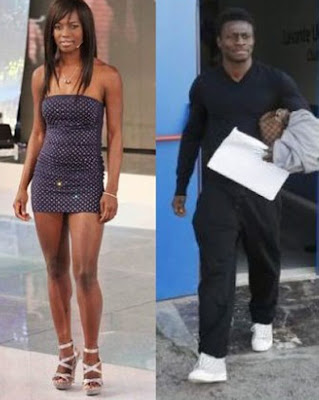 Abigail,25, who has been dating Obafemi since 2012, lost the first pregnancy we all reported last year. She was about four months pregnant when she was in Nigeria with Obafemi in December 2012 but lost the baby and got pregnant again almost immediately.

Abigail is the eldest daughter of Mr. and Mrs. Thomas – Rose Barwuah, biological parents of Balotelli. It would be recalled that Mario Balotelli at age two was fostered by White Italian family, Francesco and Silvio Balotelli as suggested by Social Workers when his parents couldn’t cope with his health condition.