An eight-year-old boy has been diagnosed with an incredibly rare genetic disorder which makes him look ‘pregnant’.

Aadam Asif is one of only 17 people in the UK to suffer from Niemann-Pick, Type B, which causes an enlarged liver and spleen.

He was born with the condition, which caused his stomach to protrude, but doctors only discovered he had the disease last year. 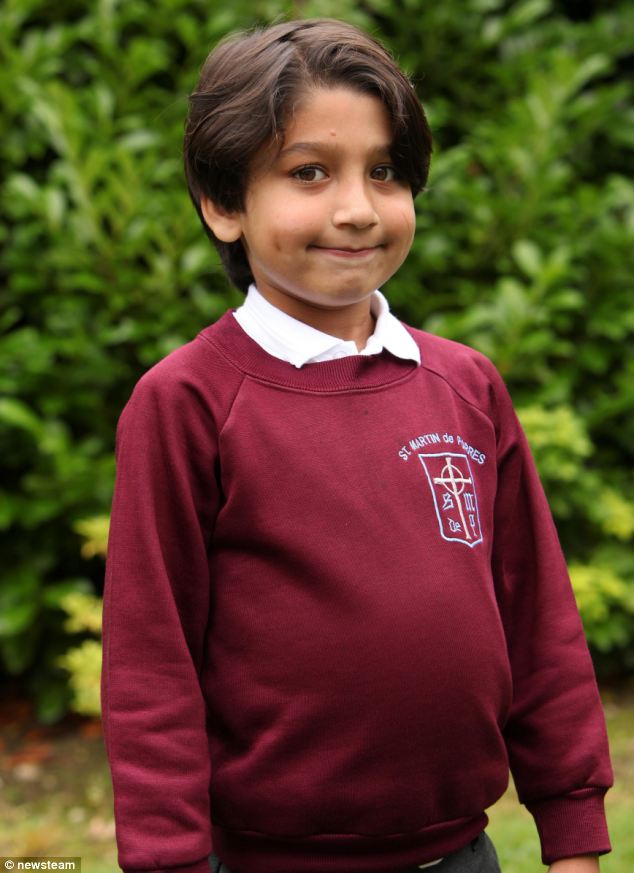 Aadam Asif, eight, has a rare genetic condition called Niemann-Pick, Type B, that causes his spleen and liver to be enlarged. He is also small for his age, bruises easily and lacks strength

Tragically, there is no cure for the disease and Aadam is not expected to live to see adulthood.

His devastated father Mohammed, 36, had no idea he and his ex-wife were both carriers of the Niemann-Pick gene.

Mr Asif, from Moseley, Birmingham, said: ‘He has always had a slight belly but whenever we took him to the GP he said it was fine and nothing to worry about.

‘Over the years his stomach has swelled which has given him the appearance of looking pregnant.

‘When he started school I was determined to get answers. His tummy felt quite solid to touch.

‘It was a little pot belly but we now know this was caused by an enlarged liver and spleen. 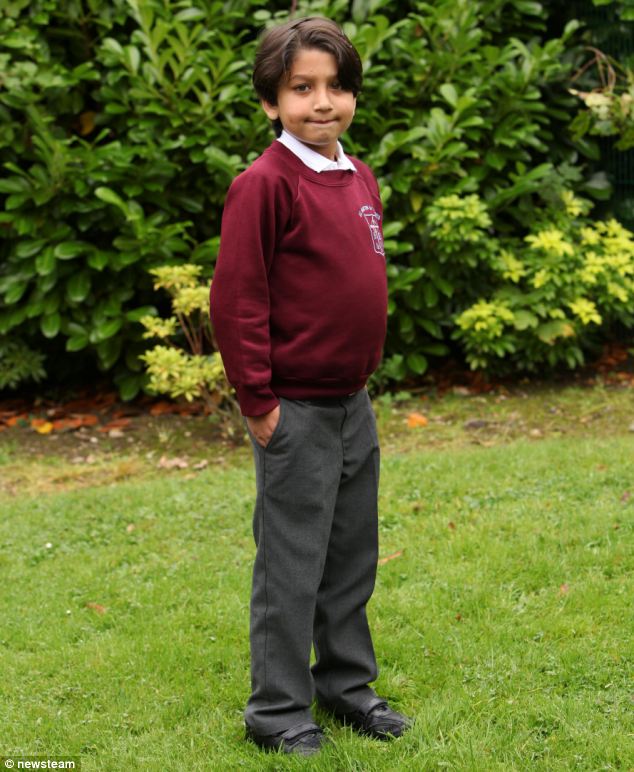 Aadam Asif is one of only 17 people in the UK to suffer from Niemann-Pick, Type B. He has had the condition since birth but he was only diagnosed last year

‘Aadam was also very small in size, the smallest in his class and he didn’t have the strength that other kids have.

‘His breathing was heavy too.

‘He was getting bruised very easily. I gave him a bath and he had a bruise on his arm after just washing. 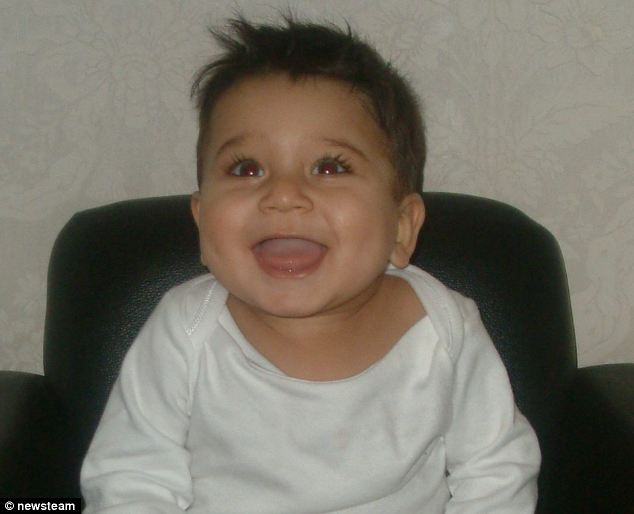 Tragically, there is no cure for the disease and Aadam (pictured at 10-months-old) is not expected to live to see adulthood

‘His co-ordination wasn’t what it should be for a boy of his age.’

Mr Asif added: ‘He finds the rough and tumble at school very difficult and he is very fearful.

‘He has the innocence of a five-year-old, although he is eight.

‘He is very self-disciplined and enthusiastic about life. It is good to see him getting up early and getting ready for the day.