Terrible news: Baby girl dies after sister, 11, rolls on top of her while asleep

A baby girl has died after being found unconscious beneath her 11-year-old sister in bed in their Bronx apartment last night.

The 11-year-old had apparently carried the two-month-old Jarilyse de la Cruz to bed with her to calm the crying baby.

She fell asleep and accidentally rolled on top of the baby. 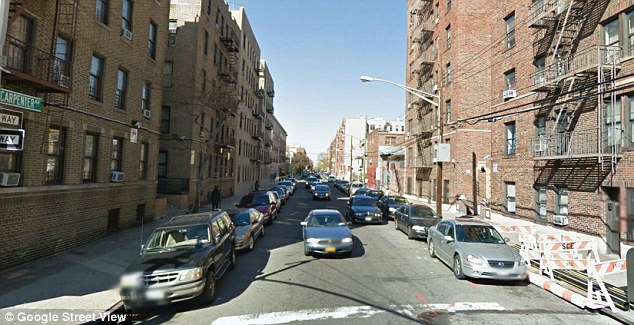 Tragic: Carpenter Street in the Bronx where the two-month-old girl died in her family’s fourth floor apartment

According to the New York Daily News, Jarilyse de la Cruz was discovered unconscious by her 36-year-old mother and 29-year-old father around 12:15am.

The parents had been out of the fourth floor apartment on Carpenter Ave in the Wakefield section of the Bronx buying groceries when the tragedy occurred.

The New York Daily News reports that a neighbor saw a distraught man, thought to be the father, emerge from the apartment and scream out, ‘It’s the baby!’

Paramedics tried to save the baby as the shocked parents looked on.

Jarilyse de la Cruz was then taken to Montefiore Medical Center but died about 50 minutes later.

A friend of the family told ABC that the mother is inconsolable. Desperate: Paramedics tried to save the baby but she died at Montefiore Hospital

An autopsy on the baby girl will be performed tomorrow.

The death comes just one day after Marjorie Lyons, 34, was found dead on top of her 11-day-old son, who suffocated.

Pediatrician Dr Angela Diaz told ABC that it is not safe to take a baby to bed.

‘The American Academy of Pediatrics recommends that parents and children do not sleep with newborns and infants,’ she said.