A lot of people have criticised Osaze Odemwingie for venting his feelings on the social networking site, Twitter, advising him to halt his rant and focus on his career but the West Bromwich Albion striker is at it again, this time squaring up with the Chief Editor of a Nigerian sports newspaper, Complete Sports.

See his tweets below: 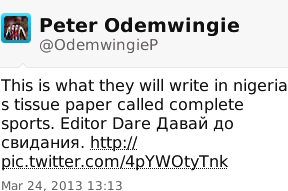 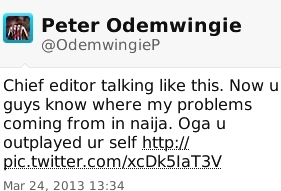 He went on to release a private chat between himself and the individual said to be Dare Esan, the Chief Editor of the newspaper. 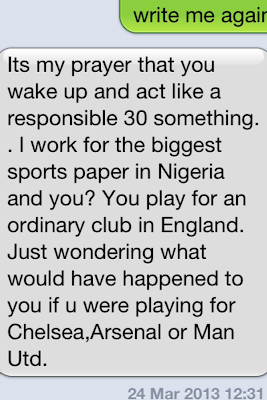 Odemwingie was reportedly fined £76,000 by his club for venting his frustrations on the social networking site over his lack of playing time at the club.