Too cheeky: This woman takes the WORST dressed prize in Cannes (LOOK) 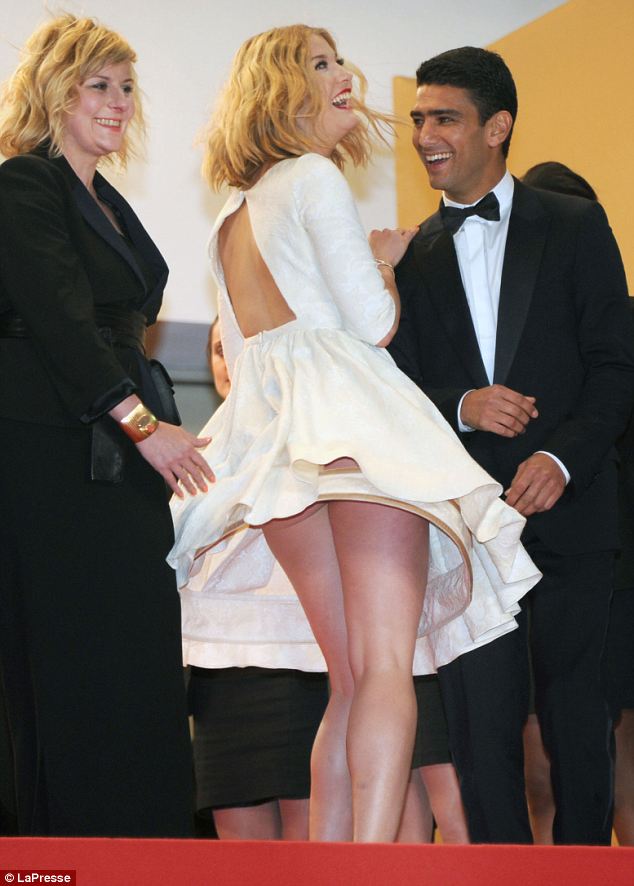 The lesbian film La Vie d’Adele which premiered at the Cannes Film Festival has managed to garner a lot of attention due to its explicit ten minute long sex scene.

But not minding the movie’s reputation, an unknown guest made a show of herself on the red carpet on Thursday as she greeted the cast of the movie standing for the cameras.

Fortunately one the cast quickly noticed the faux pas and began to help her retain a little modesty as she patted it down at the back.

See the photos below and let us know if you agree it should take the prize as the worst dress at Cannes. 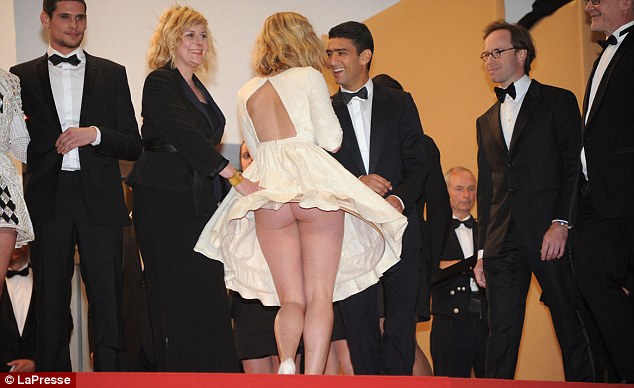 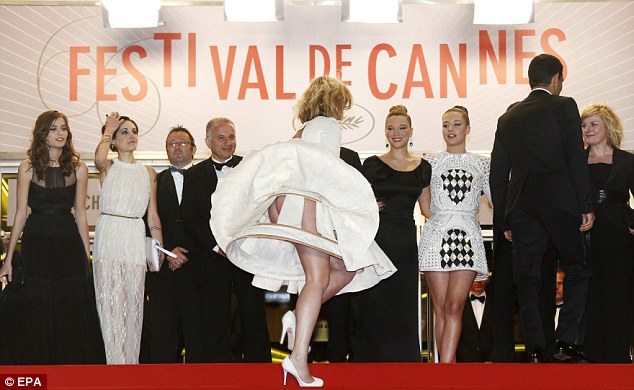