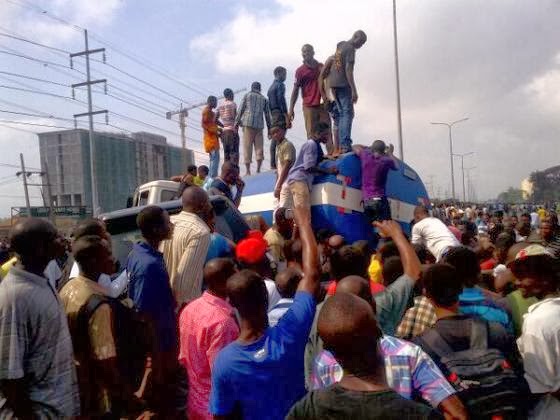 Riots have broken out in the Ikota area of Lagos, a community in the Ajah environs of the state, after a large vehicle was said to have crushed four primary school students.

Residents of the community are said to have engaged security operatives in fighting over the incident with hoodlums taking advantage of the situation to wreak havoc.

The trouble is said to have started this morning when the trailer ran into the young children killing them on the spot.

The whole drama started this morning after a trailer crushed four pupils on their way to school.

The protesters were lamenting that the accident would have been avoided if there was a pedestrian bridge and they have promised not to leave till the Lagos State Governor Babatunde Fashola comes.