Wizkid wants ‘no questions’ about relationship status with Justine Skye On Saturday morning, Nigerian Twitter blew up over Wizkid‘s performance at the One Africa Fest but even that was competed with questions about his secret love affair with American singer, Justine Skye- who was with the Nigerian pop act backstage.

Prior to the concert, Wizkid had posted pictures of him and Justine Skye getting cuddly. 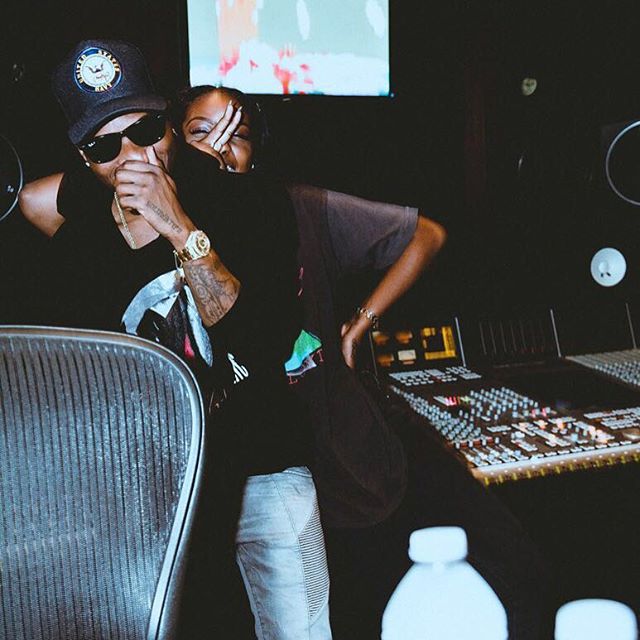 There had also been an exchange of subliminal messages at each other via twitter like this one few days ago in which Wizkid liked a picture tweet by Justine where she was in a bathing suit, watching the sunrise with the caption “Wish you were here.”

Wizkid then tweeted “Missing my Island Ting and Justine in turn liked the tweet. However on Saturday, many were somewhat convinced that something was going on between them.

Seeing the tweets about the rumours, Justin Skye seemed to have some words to say about it on Sunday as well, tweeting, “Everybody falls in love sometimes”

Well, whether there are feelings or not, Wizkid is taking ‘no questions’ concerning the matter.

The Starboy artiste posted a picture on Sunday night of Skye sitting beside him at the backstage of the concert with the caption “No questions”.

Meanwhile Justine Skye is the third lady to be romantically linked to the father of one since supposedly splitting with Tania Omotayo earlier this year.

The other ladies include Binta Diallo who allegedly has a son for him and member of his team, Jada Pullock.