When Daphne Carroll agreed to laser facial treatment, she was only hoping to remove a spider vein on her cheek.

Instead, she was badly burned by the procedure at a medspa – a business that is part cosmetic surgery clinic and part day spa.

She endured second-degree burns to her cheeks and has permanent nerve damage that left her with shooting pain and numbness in her cheeks, even five years after the surgery. 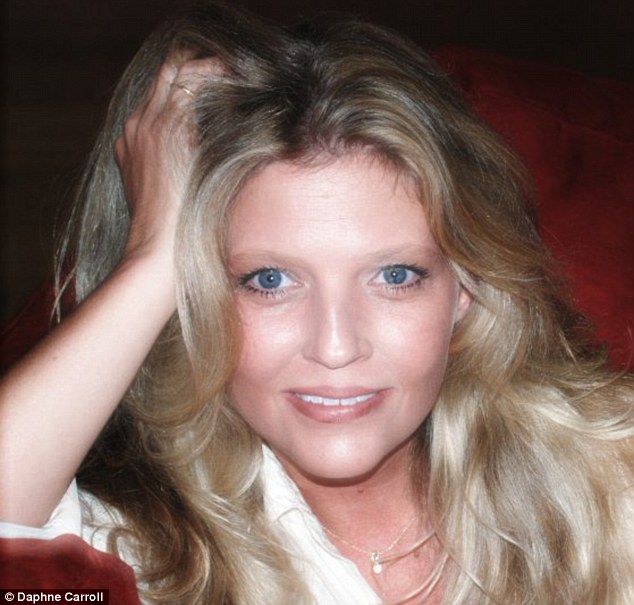 Before: This is Daphne Carroll before she underwent ‘laser facial’ treatment at a medspa in Tennessee to have a spider vein on her cheek treated 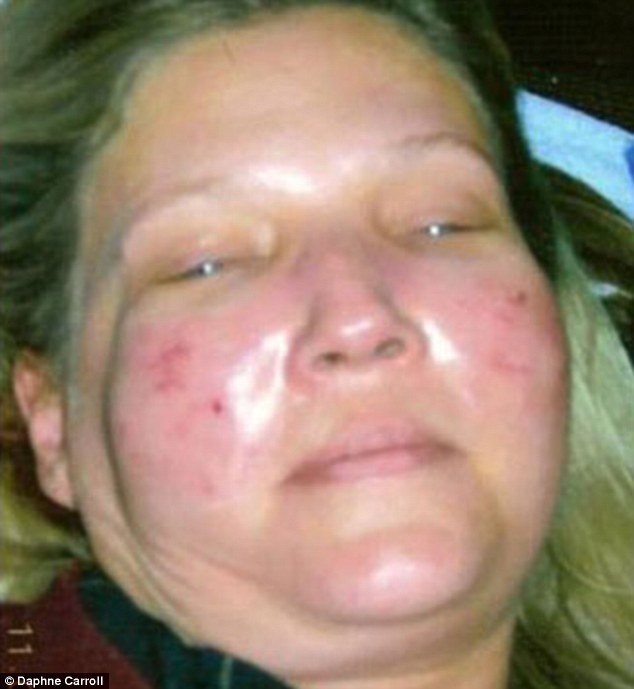 After: Mrs Carroll endured swelling, second-degree burns and permanent nerve damage as a result of the surgery
She told ABC News that after countless visits to neurologists, dermatologists and plastic surgeons, she has come to grips with the fact that the damage is permanent.

‘I describe it as – if you hit your thumb with a hammer and you feel that throbbing. It’s that through my cheeks,’ the 42-year-old Mrs Carroll told WZTV in Nashville.

The damage has also has also impaired the La Vergne, Tennessee, woman’s eyesight – making it difficult for her to drive.

She called the side effects of the procedure ‘the most horrible experience of my life.’

Mrs Carroll said she was approached by staff at a medspa in 2007 when she went in to buy makeup. They called the procedure a ‘laser facial.’

Mrs Carroll said she never realized that it was actually surgery performed with a powerful laser.

‘All possible side effects were downplayed, and the consent form did not say surgery,’ Mrs Carroll told ABC. 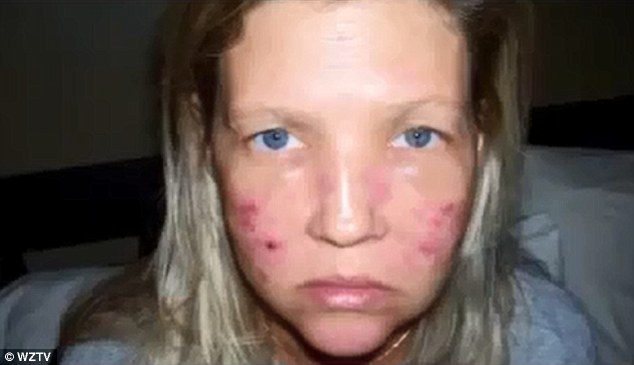 Disfigured: Carroll said she has had to see neurologists, dermatologists and a plastic surgeon as a result of the laser facial procedure

She later learned that the physician supervising the procedure was an OB-GYN, not a certified plastic surgeon, she alleges.

Staff at the spa promised the laser treatment would eliminate the spider veins in her cheeks, stimulate collagen production to reduce wrinkles and clean out her pores.

Instead, she awoke with horrific second-degree burns to her face, swelling and shooting pain.

The disfiguring burns eventually healed, but the pain and numbness in her face remains.

Every year, medspas are receive thousands of complaints over botched surgeries, ABC reports.

Some are run by Board Certified plastic surgeons and dermatologists who carefully oversee each procedure. 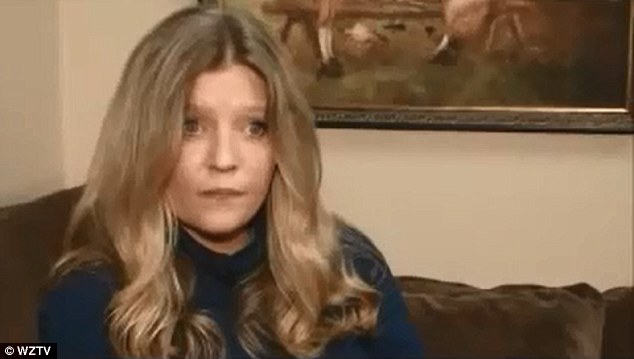 Mrs Carroll, seen here in 2012, still suffers from nerve damage five years after the surgery that has caused her eyesight to deteriorate

But regulation varies by state and some states don’t even recognize laser facial treatment as a medical procedure.

Mrs Carroll warns that women seeking quick-fix procedures to keep them looking young could instead be badly injured by an untrained technician.

‘Know who is performing your procedure and even ask to meet the supervising physician,” Dr Valerie Callender, a dermatologist and owner of a medspa in Glen Dale, Maryland, told ABC.

‘We perform a detailed history and physical exam, and a board certified dermatologist is available at all times.’