A female boxer who stole £20,000 of gold jewellery from her own mother to pay for tattoos has been spared jail.

Kirsty Foord, 23, was living with her mother Zena in Tunbridge Wells, Kent, when she stole the ‘irreplaceable’ items and pawned them for cash, a court heard.

The 4ft 11in former plumbing student – who made headlines last year when she fought off a would-be mugger who tried to steal her iPod – pocketed a little over £2,000 in exchange for her mother’s valuables, which she then spent at a nearby tattoo studio. 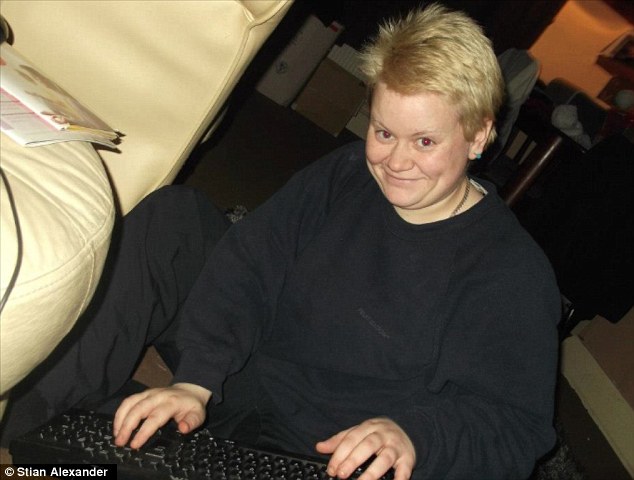 ‘Sentimental value’: Kirsty Foord, 23, stole £20,000 worth of gold jewellery from her mother and pawned it to pay for alcohol and tattoos

Foord was sentenced to 18 weeks in prison suspended for two years at Maidstone Crown Court after admitting the theft.

The court heard Foord stole gold rings, bracelets, necklaces and earrings – many of which were of sentimental value – in ‘dribs and drabs’ between September and November last year.

She then took the items – some of which were inscribed with the names of Zena Foord’s children – to Wessex Fine Jewellers and Pawnbrokers to be melted down. 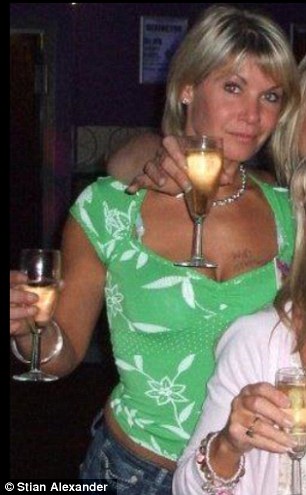 ‘Worried’: Zena Foord ordered her daughter to move out of their home in Tunbridge Wells when she realised she had been stealing from her

Foord spent the £2,277 she received on a string of tattoos at the Regal Ink Tattoo Studio, which is just yards from the pawnbrokers, including a dragon on her torso, stars on her forearm, and an inking of her brother’s name; Kyle.

James Nichols, prosecuting, told the court: ‘Zena Foord was worried, saying Kirsty had stolen from her before.

‘She restricted her movements in the house and only allowed her to live downstairs (but) on November 24 she turned up to find Kirsty was upstairs.’

The court heard how Zena Foord ordered her daughter out of the house after realising she had been stealing her jewellery – which she said cost at least £20,000 – telling her ‘never to return’.

The prosecutor added: ‘There are items of great sentimental value to the victim.

‘Some of them had the names of all her children on them and it’s all been melted down and gone forever, and can never be replaced.

‘The defendant said she spent the money she got being tattooed at a local shop.’

The court heard how the listing from the pawnbrokers for the jewellery sold to them read ‘various gold items..£2,277’.

Judge Philip Statman told Foord: ‘This theft had a profound effect on your mother.

‘She has lost items of considerable value. Sadly, the property has been melted down. And she has lost the relationship with you.’ 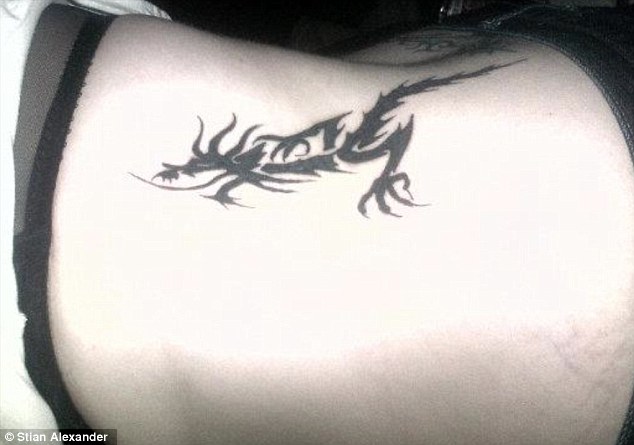 Tattoos: Kirsty Foord pawned the jewellery for cash and spent it on getting tattoos including this dragon on her side 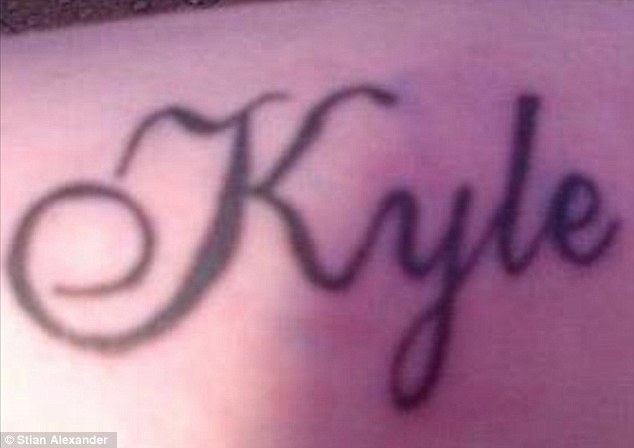 Foord, who pleaded guilty to the theft, was sentenced to 18 weeks in jail, suspended for two years.

Writing on her Facebook page after sentencing on Wednesday, Foord said: ’18 weeks suspended for two years – I’m so lucky.’

In November 2011 Foord was confronted by a mugger demanding cash and her iPod as she walked to college in Tunbridge Wells.

But the trained boxer refused to hand over her possessions to the would-be attacker, and later told how she ‘smacked him as hard as possible’ before walking on.