Supernatural: Thief collapses and dies while trying to run off with laptops, mobile phones and cash

A burglar collapsed and died as he prepared to run off with up to £10,000 in stolen goods after an overnight raid on a heating firm.

The 50-year-old and and two other men were preparing to flee Glevum Heating in Gloucester with boilers, laptops, mobile phones and cash when the burglar collapsed.

One accomplice ran to get help and a relative of the man tried in vain to resuscitate him until police and paramedics arrived to take over, but he was pronounced dead at the scene. 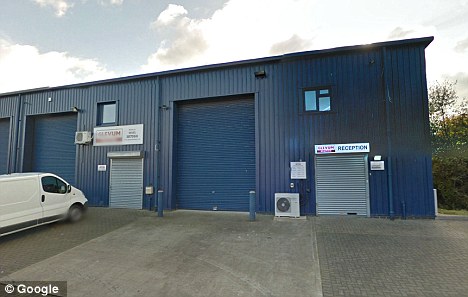 Unexplained: The 50-year-old burglar collapsed and died during an overnight raid on Glevum Heating in Gloucester

The death of the man, who was from Gloucester, is being treated as unexplained.

The trio targeted the building in Lower Tuffley Lane in the early hours of Tuesday morning, and had amassed a haul worth between £5,000 and £10,000 when the 50-year-old collapsed and was taken outside by his accomplices.

Police arrived to find the man lying on the ground outside the building.

Officers are now studying CCTV footage from security cameras at the firm’s headquarters.

A spokesman for Glevum said staff were in a sombre mood in the wake of the incident shortly after 1am on Tuesday morning.

‘It’s very sad,’ he said. ‘No matter what has happened, a man has died here and our thoughts are with his family.’ 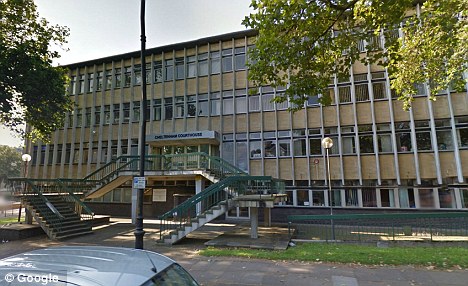 ‘Accomplices’: Two other men were arrested, one, aged 47, was charged with burglary and appeared before Cheltenham Magistrates Court this week

A Gloucestershire Constabulary spokesman said ‘Officers were called to reports of a burglary in progress at a business address in Lower Tuffley Lane just after 1am on Tuesday.

‘On arrival, a 50-year-old Gloucester man was found collapsed on the ground.

‘Despite attempts to resuscitate him, the man was declared dead at the scene by the ambulance service.

‘The death is being treated as unexplained at this time and the coroner and next of kin have been informed.’

Police added that a 19-year-old man from Gloucester had been arrested on suspicion of burglary in connection with the case and released on bail.

He is due to attend Gloucester police station on June 5 pending further inquiries.

A second man, aged 47, also from Gloucester, was charged with burglary and appeared at Cheltenham Magistrates Court this week.

The man has been remanded in custody, police said.