#WorldCup: This is the UK Daily Mail’s take on Nigeria’s Super Eagles performance

It had to end sometime. The steady stream of goals and entertaining football in Brazil was always going to run dry at some point, and no-one will be particularly surprised that it happened in Curitiba’s Arena da Baixada between these two nations on Monday night.

The first draw of the World Cup – and a goalless one at that – leaves Bosnia and Herzegovina favourites to qualify from Group F behind Argentina if they can avoid defeat to Nigeria in Cuiaba on Saturday.

The reigning African champions knew that this was arguably their best chance of a first World Cup win in nine attempts going back to 1998 when Iran also celebrated their solitary victory over the USA, but Stephen Keshi’s side were desperately disappointing. 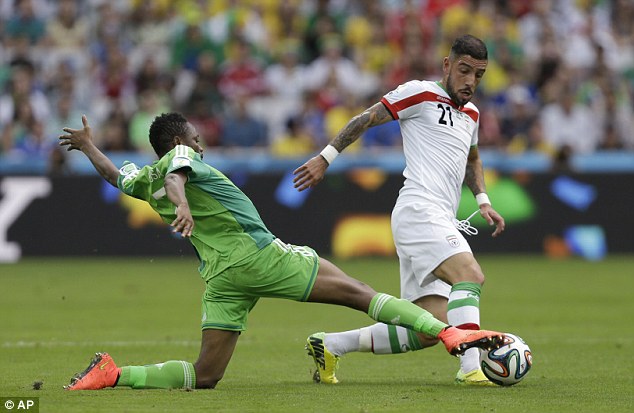 Iran, on the other hand, came for a draw and will be delighted that they got one. Coach Carlos Queiroz has bristled at suggestions in recent days that his team are negative but they did what they do best; keep a clean sheet.

They arrived at the World Cup with more of them than any other qualifier – although it has to be pointed out that their opponents on the road to Brazil included Maldives, Qatar and Lebanon.
Nigeria, meanwhile, had scored fewer goals than everyone else, so it hardly had the hallmarks of a classic. 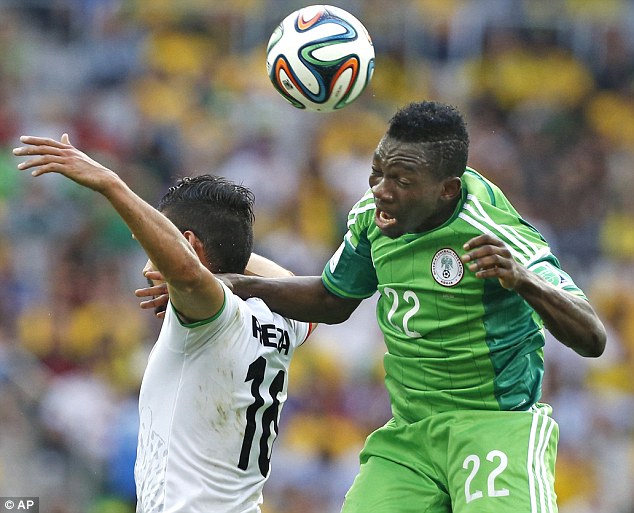 The Super Eagles started with an attacking intent but ran out of ideas as the match wore on. The pedestrian approach of Chelsea’s Jon Obi Mikel summed up their play and Liverpool’s Victor Moses was a major disappointment.

His replacement just seven minutes into the second half, Shola Ameobi, went close with two headers and Peter Odemwingie added fresh impetus when he came off the bench for Ramon Azeez towards the end, but Nigeria simply did not carry nearly enough of a threat.

They actually had the ball in the net as early as the seventh minute through the lively Ahmed Musa, but Ecuadorian referee Carlos Vera ruled it out for a foul on goalkeeper Alireza Haghighi by Mikel. 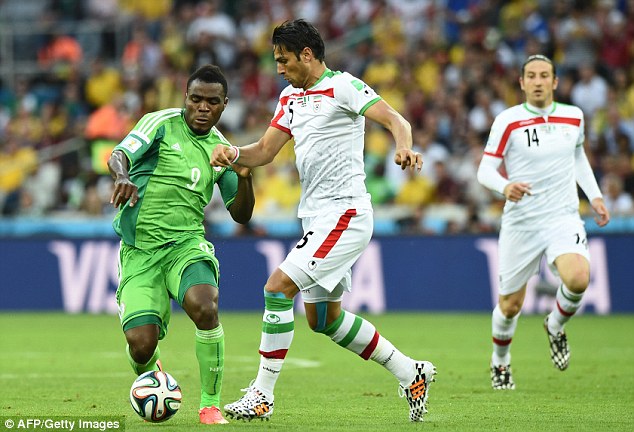 Musa had another chance moments later but he was beaten to the ball when Emmanuel Emenike, Nigeria’s top scorer in qualifying, muscled Jalal Hosseini off the ball and crossed from the left, and Ogenyi Onazi’s follow-up effort rolled inches wide of the post.

Musa also troubled Haghighi with a clever freekick from 30 yards that had the keeper scrambling back across his goal to save just inside his right-hand post, but the best chance of the half fell to Iran 11 minutes before the break from their first corner of the game.

Lone striker Reza Ghoochannejad and Ashkan Dejagah were their liveliest players and it was no surprise that they were both involved.

Dejagah swung over the corner from the right and Ghoochannejad, who had scored 10 goals in his previous 14 international appearances, met it with a firm header that brought a smart save from Vincent Enyeama who until then had been a virtual spectator. 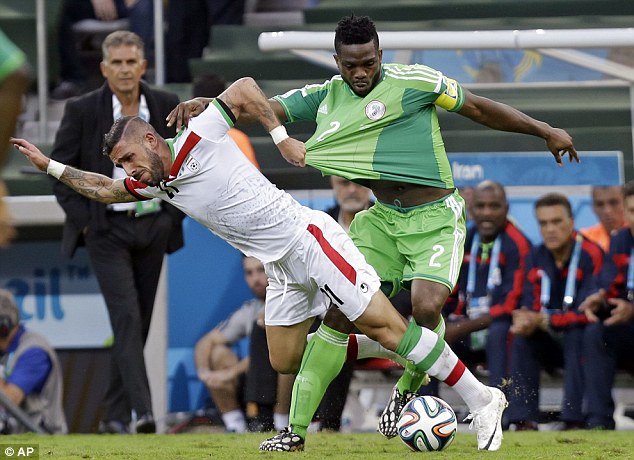 The second half produced little better. If anything, it got even worse and the final whistle was greeted with a chorus of boos from Nigeria’s supporters.

Not since 1930 have we had to wait so long – 12 games – for a draw at the World Cup. Iran will be more than happy with a point, even though they will struggle to record another shutout against Argentina in Belo Horizonte at the weekend. For Nigeria, however, the pressure is definitely on.

Read this article in Daily Mail