Wow: Bombers were about to plant more bombs, plot spoiled by release of CCTV photos [DETAILS]

The Boston bombers were planning more attacks across the city and were already building the bombs to do this says the city’s police commissioner Ed Davis.

Davis says it’s his belief that 19-year-old Dzhokhar Tsarnaev and his 26-year-old brother Tamerlan ‘were going to attack other individuals’ — and Davis says that’s based on the evidence at the scene and the cache of weapons the brothers had at their disposal.

However, Davis claims releasing photos of the two Boston Marathon bombing suspects ‘forced them out of their hideout’ and spurred them into Thursday and Friday’s deadly night time car chaos and gun battle with law enforcement.

‘It forced them out of their hideout and they decided to commit further violent acts. But it’s my belief that they were already manufacturing explosive devices. Further violent acts were inevitable,’ Davis told The Boston Globe.

The suspects ‘were not making those explosives for nothing,’ Davis told The Globe. ‘There was a plan there, and I believe that tragically Sean Collier lost his life, but he was truly protecting the citizens of the city’

Handguns, a rifle and at least six bombs, three of which detonated were found at the scene on Friday after officers had their first showdown with the Boston bombing brothers in Watertown, Massachusetts.

And it is believed that federal prosecutors are putting the final touches together on charges against Dzhokhar Tsarnaev, despite his throat wound leaving him unable to speak.

The most serious charge available to federal prosecutors would be the use of a weapon of mass destruction to kill people, which carries a possible death sentence. Massachusetts does not have the death penalty.

CBS News‘ John Miller has claimed investigators believe the wound to the back of his neck is evidence that Dzhokhar attempted to end his own life at the culmination of Friday’s dramatic standoff.

‘They say it appears from the wound that he might have stuck a gun in his mouth, and fired and actually just went out the back of his neck without killing him.’ 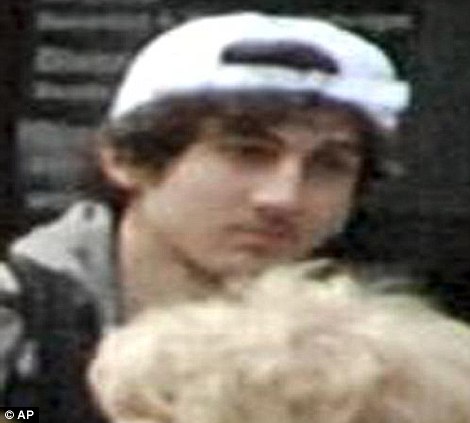 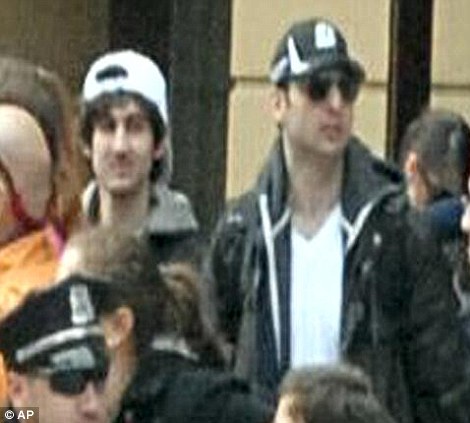 Dzhokhar Tsarnaev and his 26-year-old brother Tamerlan ‘were going to attack other individuals’ —says Boston police commissioner Davis and says that opinion is based on the evidence at the scene and the cache of weapons the brothers had at their disposal. 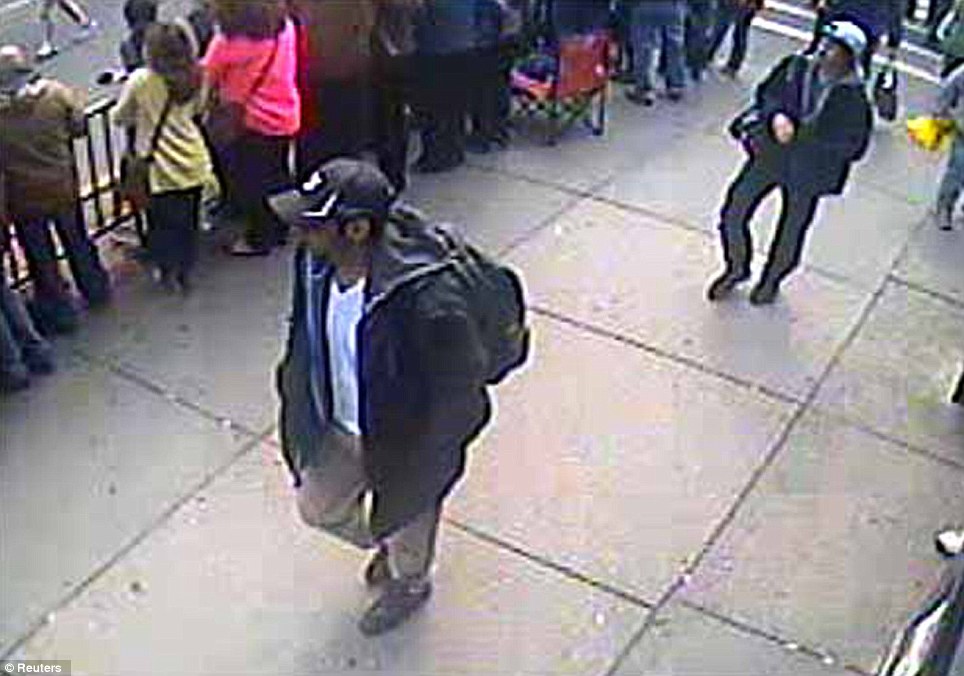 Planning further atrocities?: Dzhokhar Tsarnaev and his 26-year-old brother Tamerlan were believed to be about to unleash further terror attacks on Boston according to the city’s police commissioner 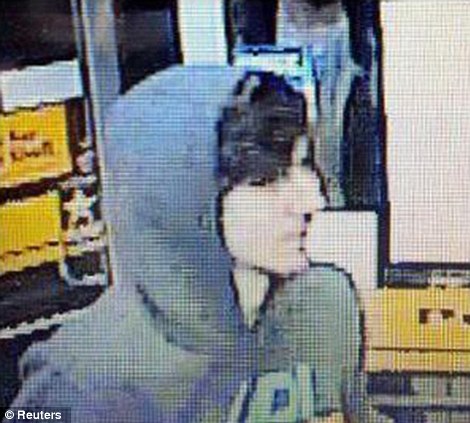 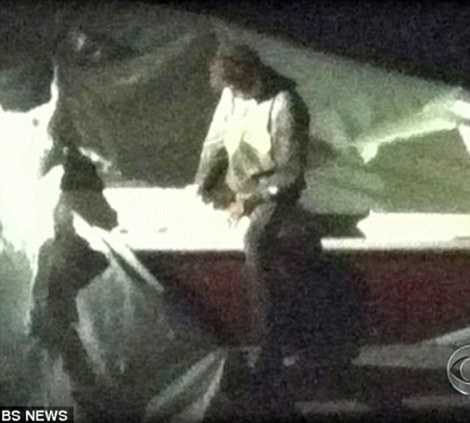 Dzhokhar Tsarnaev, is seen in this undated still image taken from surveillance video on Friday (left) as he is seen climbing into that same day morning after a police gun battle. He was later found in the boat and captured

Handguns, a rifle and at least six bombs, three of which detonated were discovered at the scene on early friday after officers first came face-to-face with the Tsarnaev brothers on a residential street in Watertown, Massachusetts.

Police chief Edward Deveau revealed that a lone officer was the first to encounter Tamerlan and Dzhokar Tsarnaev and that before he could call for back-up, the two brothers exited the Honda and BMW’s they were driving and began firing.

‘They jump out of the car and unload on our police officer,’ said Deveau.

‘They both came out shooting — shooting guns, handguns. He’s under direct fire, very close by. He has to jam it in reverse and try to get himself a little distance.’

Eventually, five other officers, including two off-duty cops arrived and there began a close quartered gun-fight in a ‘very tight area’ in the middle of suburban Watertown.

‘We estimate there was over 200 shots fired in a five- to 10-minute period,’ said Deveau.

He also revealed that the two brothers detonated a pressure cooker bomb – lending credence to the theory that the brothers were planning further terrorist strikes across the city.

‘We find the pressure cooker embedded in the car down the street, so there’s a major explosion during this gunfight (with) my officers — six of my officers that I’m extremely proud of,’ Deveau said.