Dumb: Boston Bomber ‘put gun in his mouth and fired as he was cornered in boat’

The alleged Boston Marathon bomber may have tried to kill himself rather than surrender after he was cornered by police – but failed in his suicide attempt, it has been revealed.

A new report says Dzhokhar Tsarnaev shoved his pistol in his own mouth and pulled the trigger as SWAT officers and federal agents closed in on the boat where he was hiding on Friday night. However, instead of killing him, the bullet simply tore through his neck.

Authorities have said they cannot question him because of the throat wound. CNN reports that Tsarnaev remains ‘intubated and sedated’ at a Boston hospital.

The Boston police commissioner said Tsarnaev is in ‘critical but stable’ condition on Sunday – which appears to be a downgrade from reports earlier this weekend that his condition was only ‘serious.’

Boston Mayor Tom Menino revealed that federal agents may never be able to interview Tsarnaev. Menino didn’t elaborate on his comment and it is unknown whether the gunshot also caused brain damage.

Police sources told MailOnline that investigators are looking into the possibility that Tsarnaev and his older brother Tamerlan had a suicide pact so that neither of them could be taken alive and put on trial. Authorities believe Dzhokhar likely killed his brother, who was handcuffed, when he ran over him. 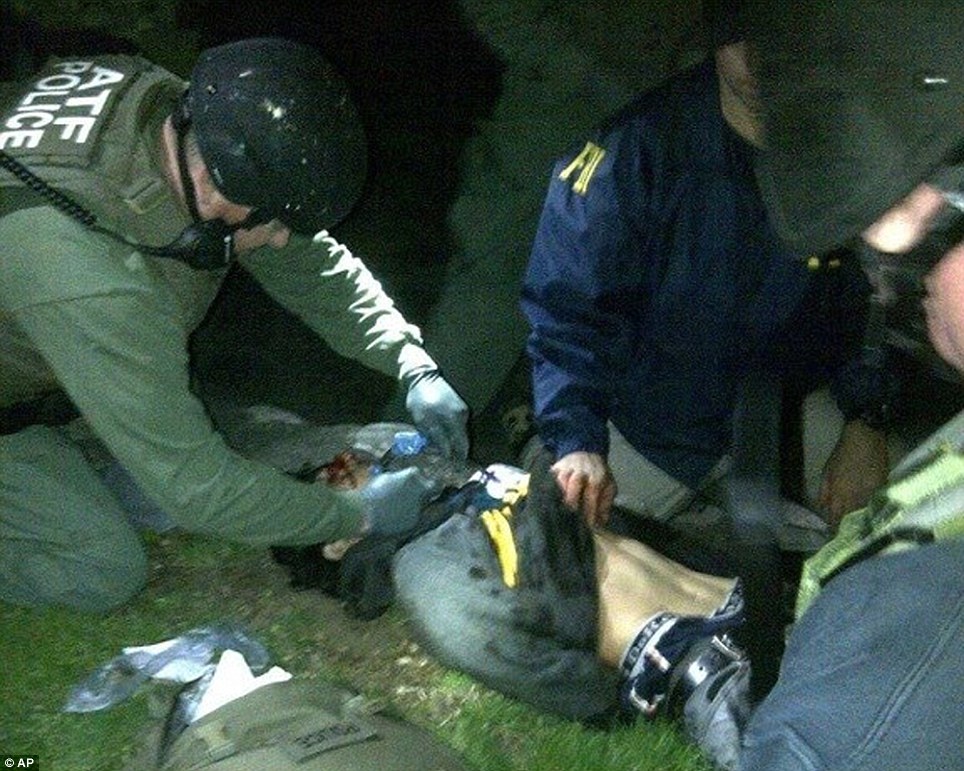 Wounded: Dzhokhar Tsarnaev, seen here moments after he was pulled from the boat where he was hiding, suffered a throat wound and a leg wound 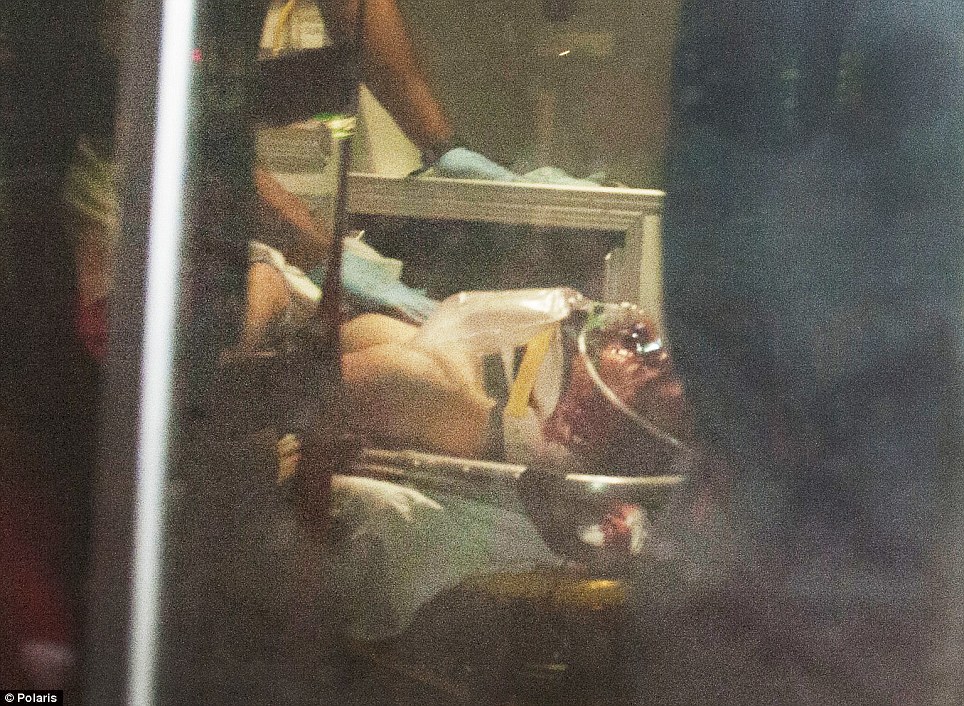 Wounded: Tsarnaev was immediately loaded into an ambulance and rushed to the hospital, where he remains in serious condition 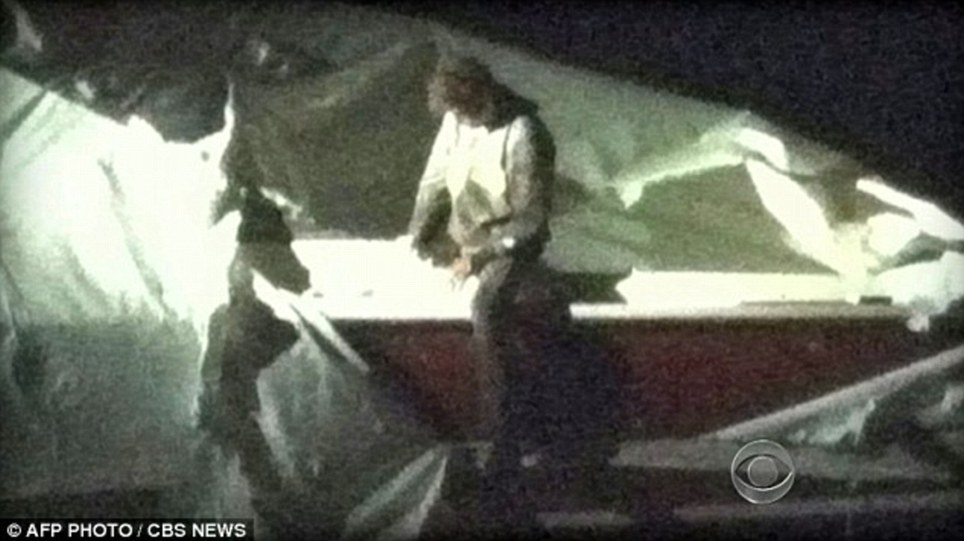 Hiding out: This is a surveillance video image of Tsarnaev getting out of the boat where he was pinned down on Friday night

A suicide pact could also explain why 19-year-old Dzhokhar ran over his own brother in his stolen Mercedes SUV as he escaped from the scene, the sources added.

Tamerlan was killed early Friday after a running gun battle with police. Doctors say he appeared to have multiple gunshot wounds, blast injuries and major trauma from being hit and dragged by his brother’s car.

The new twist in the story of Tsarnaev’s dramatic capture comes as the Boston police commissioner warns that he and Tamerlan were plotting more bomb attacks on the city and they were caught just in time. Authorities insisted that the pair were working alone.

Ed Davis said the bombers were flushed out of hiding when the FBI released close-up surveillance video of their faces and asked for the public’s help in tracking them down.

‘The news conference forced them out of their hideout and they decided to commit further violent acts. But it’s my belief that they were already manufacturing explosive devices. Further violent acts were inevitable,’ Davis told The Boston Globe.

New video also revealed the final moments of Dzhokha’s standoff with police. The images come from a thermal imaging camera aboard a Massachusetts State Police helicopter that was hovering above the dramatic police standoff.

Tsarnaev, 19, was captured by police on Friday night after the boat’s owner found him hiding out when he went to check on his beloved watercraft in that was parked on a trailer at a house in suburban Watertown, Massachusetts.

Today, the Federal high Court in Abuja sentenced Maryam Sanda to death by hanging for killing her husband Bilyaminu Bello. ...

Using a relatively new tool, Share of Voice, we aspire to tell the stories of and have conversations with, the ...