A young couple were part of a global internet banking scam which could have netted a phenomenal £19million after hacking the accounts of nearly 2,500 people.

Aderoju Bammeke, 22, and his girlfriend Jessica Ogunyemi, 20, both of Manchester, were the UK ‘platform’ for a Nigerian ‘phishing’ scam that made £41,000 in just two months.

The plot, masterminded by a gang in the West African country, involved sending fake emails to customers of banks including Barclays and Halifax. 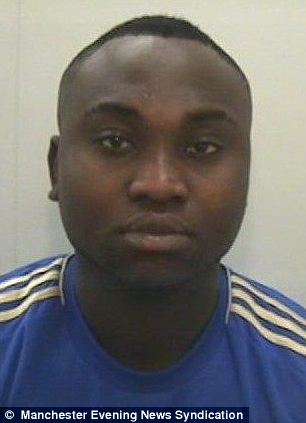 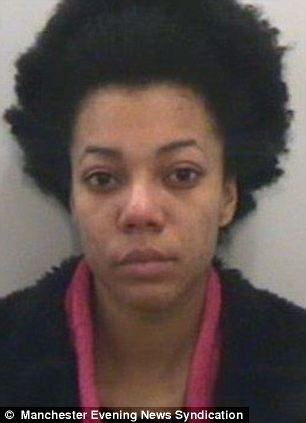 Scam: Aderoju Bammeke, left, 22, and his girlfriend Jessica Ogunyemi, right, 20, both of Manchester, were the UK ‘platform’ for a Nigerian ‘phishing’ scam that made £41,000 in just two months

The emails told recipients that their accounts had been hacked and asked them to complete a form with their log-in details.

But when victims obliged, Bammeke stepped in and helped the gang log in to steal money.

Fashion marketing student Ogunyemi, his girlfriend at the time, helped him launder the proceeds by putting funds in accounts, hiding cash and allowing him to buy her a £2,400 Vauxhall Corsa.

Bammeke has now been jailed for three-and-a-half years at Manchester Crown Court after admitting conspiracy to commit fraud and unauthorised computer use.

Ogunyemi admitted five counts of money laundering and was given a suspended prison sentence.

Investigators found evidence of the scam on seven devices at Bammeke’s home, which had accessed 181 accounts from his address.

But Barclays found 2,439 customers had been affected and investigators say the true scale of the fraud will never be known.

Bammeke admitted he had been involved in the scam for more than a year. He played a ‘key role’ as England’s ‘platform’ for the scam, the court heard.

He said if the gang had tried to log into accounts from Nigeria it would have triggered the banks’ alarm systems.

Simon Nichol, defending Bammeke, said he felt regret and remorse for his actions.

He said his involvement – which began in an effort to tackle student debt – was ‘sporadic’ and although the scam was large scale with international dimensions, Bammeke’s part was not.

He added: ‘They needed a platform in this jurisdiction and they needed someone to provide that platform. He allowed them to use his computer remotely. He expresses further regret that he got his girlfriend involved in this.’ 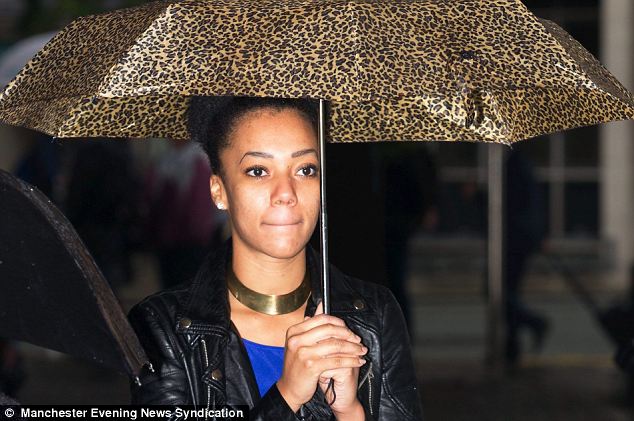 ‘Naive’: Fashion marketing student Ogunyemi, Bammeke’s girlfriend at the time, helped him launder the proceeds by putting funds in accounts, hiding cash and allowing him to buy her a £2,400 Vauxhall Corsa

Michael Lavery, defending Ogunyemi, said she had brought shame on her family, including her train driver father and mother who works for Manchester council.

He said she had been ‘naive’, was predicted to get a first in her degree and was no longer in a relationship with Bammeke.

Bammeke had pleaded guilty at an earlier hearing to conspiracy to commit fraud and unauthorised computer use while Ogunyemi admitted five counts of money laundering.

Sentencing Bammeke, Judge Recorder Gibson said: ‘This in my opinion was a sophisticated fraud, a clever fraud and a fraud which could very easily have resulted in very much more substantial money being stolen.’

He jailed Ogunyemi for a year, suspended for two years, and ordered her to complete 180 hours’ unpaid work.

After the hearing, Detective Superintendent Janet Hudson of TITAN, the North-West Regional Crime Unit, said: ‘The actions of Bammeke and Ogunyemi caused a great deal of stress and uncertainty to many affected bank customers who had their accounts accessed.

‘As a result of the investigation, no customers were left out of pocket and the offenders were arrested and ultimately sentenced. Internet banking is considered a safe and secure method of banking.

‘However, bank customers need to remain vigilant and aware of the danger posed by fraudsters. Customers should only ever navigate directly to an online bank website and should never click on any link sent to them through an email.

‘Additionally when accessing bank accounts online customers should always be aware of the exact address in order to ensure that they are actually on a legitimate banking website.’