There’s an endless debate about who deserves credit for a hit song: an artiste or a producer.

Abroad we have the witnessed the hit making/award winning chemistry between artistes and producers such as Eminem and producer extraordinaire Dr Dre, Timberland and Justin Timberlake, Kanye West and Jay Z amongst others.

YNaija takes a moment to celebrate 10 of such powerful artiste and producer relationships in Nigeria. This pair have churned out countless hit songs between them.

Philip ‘Pheelz’ Moses is the major producer for all Olamide’s albums under YBNL.

Pheelz is like the right hand of the Bariga born rapper.

Perhaps the most prominent of the lot, Don Jazzy and D’banj star. From asking the Koko to making us want more like an Oliver twist, Dbanj and Donjazzy embody all we have said in the intro.

We are not surprised Don Jazzy has two representations on this list but it would be a shame if we didn’t include the relationship between the Black Diamond singer and the super duper producer.

The understanding between the two was fantastic.  The relationship between the two produced monster hits such as Bumper to Bumper, You bad, Ololufe, and notably The Kick, the last magic they created. Although the relationship between the two was short-lived by the departure of Dtunes to set up his own record label however we enjoyed it while it lasted.

Adesanya ‘D’tunes’ Doyinsola literally took Iyanya Mbuk the talent show winner struggling to find his feet in the industry to Iyanya the commercial success  overnight with his indigenous production style.

The partnership between the two produced wave making hits such as Iyanya’s breakout single Kukere, the almost unforgettable Your Waist, amongst others.

They were a match made in heaven musically. They made us listen and dance.

With ID Cabasa’s production prowess combined with the depth of 9ice’s indigenous delivery, the two made us think as well as dance.

The duo came into prominence in 2008 with the award winning Gongo Aso as well as scoring hits off the album with the same title including Street Credibility, Photocopy, amongst others.

Although the two had quite some misunderstanding, they however reconciled lately to work together on 9ice’s new project. 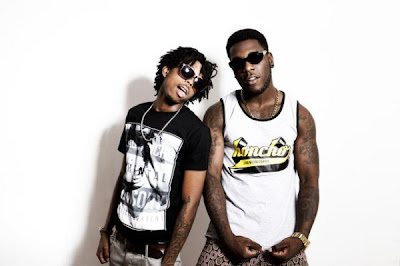 Talk about going against the norm, originality, near perfect blend of talent and we’ll show the music chemistry between Eric ‘Leriq’ Utere and Damini ‘Burna Boy’ Ogulu.

Since meeting at Leriq’s tree house studio in Port Harcourt a few years ago, it’s been a blissful music relationship between the two until Burna Boy’s infamous split from Aristokrat.

With Leriq’s unique production style and Burna Boy’s unusual sound the duo have racked up award winning hits such as Like to Party, Always Love You and Run My Race amongst others.

Wizkid can hardly deny the huge contribution of former producer, Samklef to his now ‘international sound’.

Although Wizkid has an arsenal of new school star boy producers such as Maleek Berry, Legendury Beatz but back then the synergy between the two was quite brilliant.

Samklef produced the most tracks on Wizzy’s Superstar debut album.

We can barely overlook the magical hits the pair has created such as Molowo Noni, Nonilizing down to the wedding favourite Pakuromo. Need to get that party started? All you have to do is turn up any song by this pair and you will have the whole place shaking in minutes.

Although Timaya had a quite a wonderful chemistry with K Solo earlier in his career but in 2012 the singer decided to go through a rebranding process especially his sound  he employed the services of Akintewe Feyisayo aka Young D who had previously worked with Oritshe Femi as well as LKT.

Young D introduced the heavy bass line commercial sound that gave the Egberi Papa 1 the bragging rights of creating the biggest dance records in the country such as Sexy Ladies, Bum Bum and Malonogede amongst others.

Their relationship was so prominent that industry heavyweight Don Jazzy who, soon after the realease of Ekoloma Demba, tweeted, “Timaya and Young D are on some different kind of fire mehn; heavy jamz of life.”

Till date, walk into any club and if you don’t hear any song by this pair please kindly exit the building, its not ‘turnt’ enough. Earlier this year it was reported that Five Star In House producer, Ayodele ‘Del B’ Basel had parted ways with the label.

However we cannot quickly erase the chemistry between these two. Del B with his vast music production experience rejuvenated the career of Kingsley Chinweike Okonkwo, better known as Kcee after he split from his other music partner, Presh.

The one time audio engineer at MidiCorp Studios and Paul Play Dairo’s Playground Entertainment went on to produce the solo breakout banger, Limpopo that put Kcee at his zenith of his career. Since then they have raked in award winning singles such as Okoso and Fine Face amongst others.

The winning music chemistry between the self-acclaimed leaders of the new school sound, Seyi ‘Shizzi’ Akerele and David ‘Davido’ Adeleke cannot be over-emphasized.

Although the US born producer had already produced Wizkid’s Love My Baby, off 2011 hit album Superstar, he didn’t receive as much buzz as when he produced the infectious Dami Duro which brought Davido to prominence.

Shizzi’s daring and versatile production style combined with Davido’s energetic vocals has spawned hits such as Dami Duro, Gobe, Skelewu and Tchelete amongst others.