It’s been a full week and we’ve mostly been kept busy by news and updates about the ongoing Academic Staff Union of Universities (ASUU) strike, though it’s unfortunately not the kind of news we want.

ASUU has continued to remain adamant about the strike as the Federal Government has tried tactic after tactic to get the striking lecturers to change their minds. The FG this week agreed to spend N200 billion on universities yearly in a bid to assuage the lecturers’ discontent but all the latter had to say was “No, thanks”

In an effort to end the ongoing ASUU strike, the Federal Government has said it is committed to  spending N200 billion in the 2014 budget on universities in Nigeria for about three to four years until the universities are brought to world-class standard. This is in addition to the N100 billion dedicated and already made available for 2013.

The government has also increased to N40 billion as a first installment for the funds in payment of earned allowances to the striking lecturers, which is an improvement from the N30 billion previously released.

However, despite continued efforts and promises of more financing made by the Federal Government, the striking lecturers under the aegis of the Academic Staff Union of Universities (ASUU) have refused to budge.

The strike, which has gone on for almost four months, led to a protest at the National Assembly by some traders under the umbrella of the National Market Women Association.

The traders, unlike most people, blamed the academic body and not the Federal Government for the non- resolution of grievances which led to the strike.

Coming on the heels of this is an allegation by the senior members of ASUU that they are being harassed by security agents and that their lives are being threatened by agents of the FG.

While on the subject of insecurity, the rising spate of kidnappings and killings led to a curious meeting  of unlikely bedfellows in Edo State as various cult groups met with security agents in the state in a bid to tackle insecurity in the state.

Insecurity is unfortunately a popular subject as it was also cited by the Aviation Minister, Stella Oduah as the reason for her purchase of two bullet proof BMW sedans worth a whopping sum of about 255 million naira combined.

On a lighter note, someone else has developed car fever but this time in a more literal sense. Edward Smith, 63, is a “mechaphile,” the term for someone sexually attracted to planes, trains and automobiles and he has reportedly had SEX with 999 cars. No judgment from us Eddie, we’d definitely have more than a little love for a million dollar car.

Back to aviation matters, a crew member of the ill-fated Associated Airlines plane that crashed a while ago is still battling health troubles as she has developed gangrene and might have to undergo amputation of her fingers and toes if help is not gotten immediately.

Quinneth Owolabi has developed gangrene on her toes and fingers and will likely have them amputated.

Nigerians were treated to a long holiday during the week as Tuesday and Wednesday were declared public holidays by the Federal Government. The Sallah celebrations ceremonially involve the eating of Mutton gotten from Rams and several hilarious photos of such rams were spread around before they eventually ended up in our plates. See some below: Unfortunately for some, the Sallah festivities turned sour as a scramble to receive gifts from certain PDP stalwarts during the celebrations resulted in a stampede in Kwara State leading to the death of many. Former Governor of the state, Senator Bukola Saraki, who was at the event extended his condolences to the victims through an official press statement.

A traffic officer in the United Kingdom stuck to the belief that the law should be a respecter of no persons as he fearlessly issued a ticket to former United States Secretary of State Hillary Clinton despite being warned off by 5 fearsome Secret Service agents. 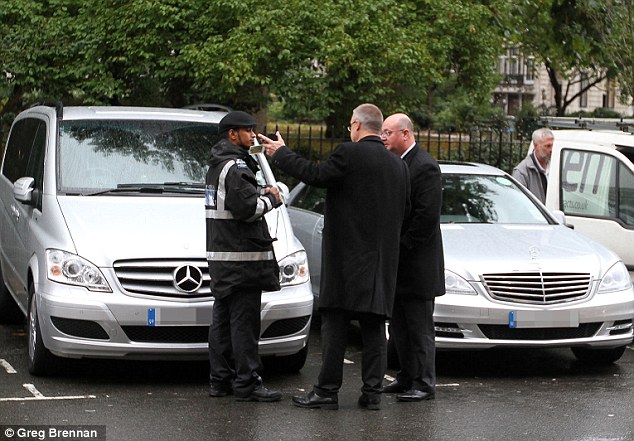 And finally to round off the week, a dancer, whose aim was to please the crowd by shaking her backside which was clothed in sheer pants and not much else, was berated for her actions which were termed as “degrading to womanhood”. The dancer whose purpose was to bring life to the performance of singer Iyanya at the MTN Lagos Street Soccer finals received a talking to from Lagos State Deputy Governor, Orelope Adefulire who was offended by her performance.

That has been our notable line-up for the week but don’t forget to stay locked on to YNaija.com for all these stories and more and also for regular updates on what’s trending within Nigeria and without. Thank you for reading, have a great weekend.