Barbaric: Syrian boy shot dead in front of his parents for ‘insulting the Prophet’

Members of an Al Qaeda-linked Islamist group in the northern Syrian city of Aleppo executed a 15-year-old boy in front of his parents on Sunday as punishment for what the group regarded as a heretical comment, the Syrian Observatory for Human Rights said.

Mohammad Qataa was shot in the face and neck a day after being seized, said the pro-opposition monitoring group, which is based in Britain and uses a network of observers across Syria.

‘The Observatory cannot ignore these crimes, which only serve the enemies of the revolution and the enemies of humanity,’ said the group’s leader Rami Abdulrahman. 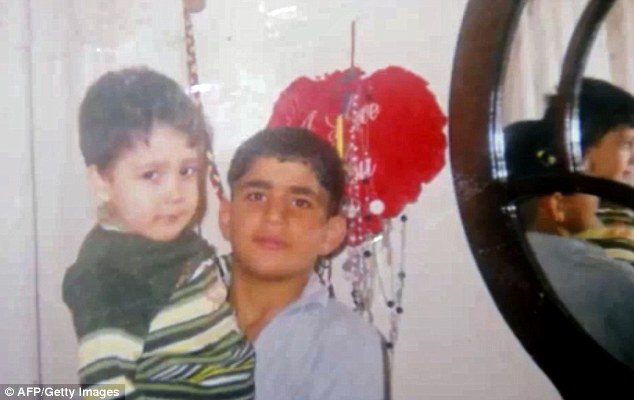 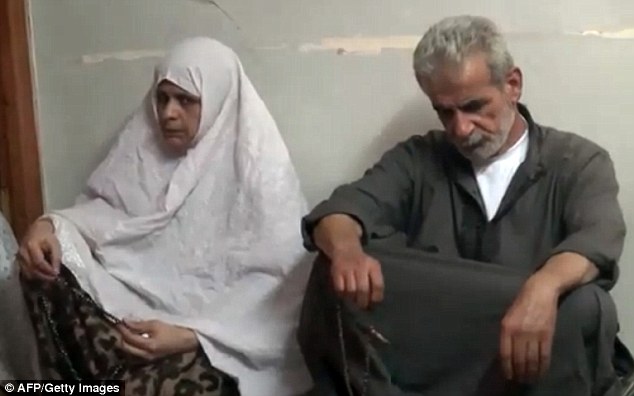 This picture from a video released by the Aleppo Media Centre reportedly shows Mohammad’s parents who watched as their son was shot dead in the street by an Al Qaeda-linked groupA photo released by the Observatory showed Qataa’s face with his mouth and jaw bloodied and destroyed as well as a bullet wound in his neck.

The Observatory, which based its report on witness accounts of the killing, said Qataa, who was a street vendor selling coffee in the working-class Shaar neighbourhood, had been arguing with someone when he was overheard saying: ‘Even if the Prophet Mohammad comes down (from heaven), I will not become a believer.’

The gunmen, who belong to the Islamic State of Iraq and Syria, a militant group that started off known as the Nusra Front, took Qatta on Saturday and brought him back alive in the early hours of Sunday to his wooden stand, with whiplash marks visible on his body.

People gathered around him and a member of the fighting brigade said: ‘Generous citizens of Aleppo, disbelieving in God is polytheism and cursing the prophet is a polytheism. Whoever curses even once will be punished like this.’ 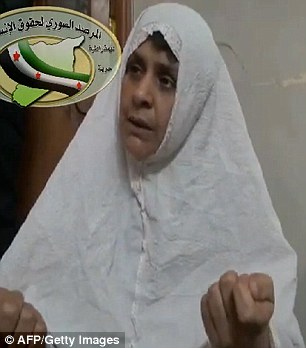 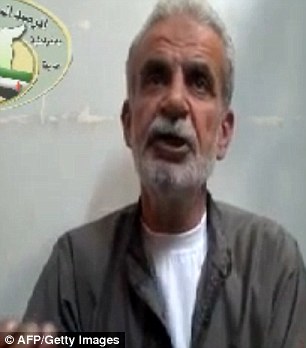 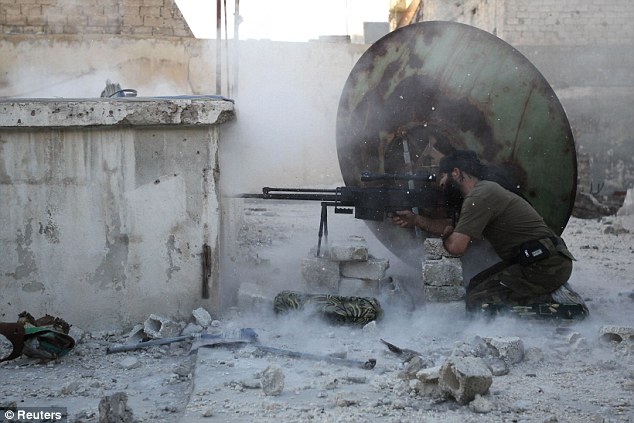 A member of the Free Syrian Army shoots back at a sniper in Aleppo, where a 15-year-old boy was killed by Al Qaeda-linked insurgents for apparently saying he did not believe in the Prophet Mohammad’He then fired two bullets from an automatic rifle in view of the crowd and in front of the boy’s mother and father, and got into a car and left,’ the report said.

Abdulrahman said the boy’s mother had pleaded with the killers, whose Arabic suggested they might not be Syrian, not to shoot her son.

Qataa’s parents said the youth had taken part in pro-democracy demonstrations in Aleppo.

Since last year, large parts of the city have fallen under the control of Islamist brigades, including the Al Qaeda-linked Nusra Front, as well as other rebel units. 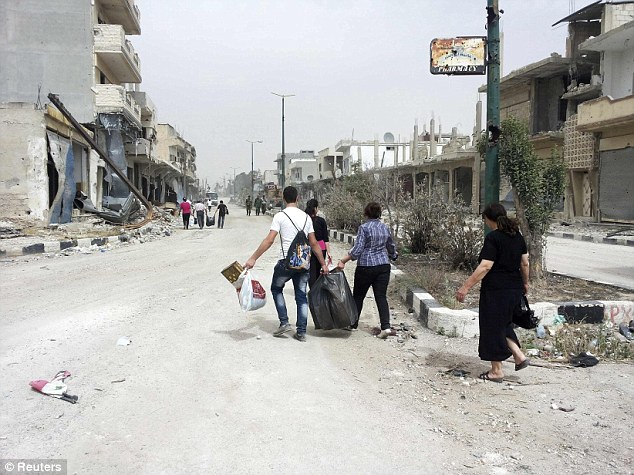 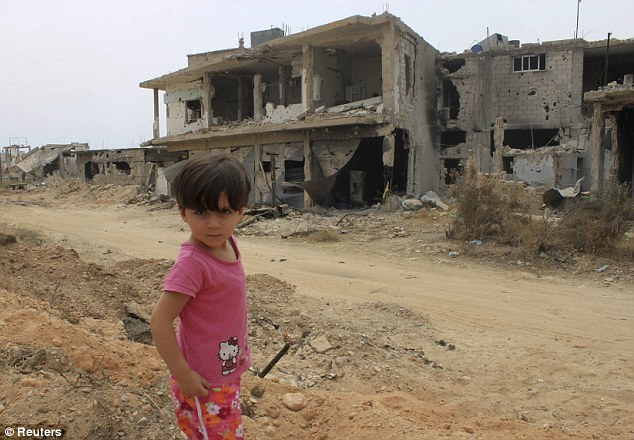 Activists said one of the explosions took place inside the police station there and that many among the dead were policemen.

Syrian state TV quoted a security official as saying 14 people died in explosions caused by two ‘terrorist’ suicide bombers near a police station in the bustling Marjeh Square in the heart of the capital. The official said another 31 were wounded.

The state-TV Ikhbariya TV station showed footage of broken shop facades and mangled cars in the central square as ambulance workers were seen carrying the wounded on stretchers.

The attacks in the capital are the first since government troops, backed by fighters from Lebanon’s Shiite group Hezbollah, captured Qusair, a strategic town in the central province of Homs, the linchpin linking Damascus with the regime strongholds on the Mediterranean coast.

Following the capture of Qusair, Syrian state-run media and the Hezbollah-owned Al-Manar TV have said the regime is preparing an offensive reportedly named Operation Northern Storm to recapture Aleppo.