Boob job in a bikini: This clever swimwear says it will boost your bust by TWO cup sizes (LOOK)

As the long awaited summer holiday season approaches, Britons across the country are furiously hitting the gym and cutting the calories in an effort to look their best on the beach.

But while working up a sweat and drinking dubious looking green juices may help you tone up and shed the flab, there is little that can be done about smaller-than-desired or sagging breasts.

Now a new bikini has been launched that promises to boost a lacklustre bust line by an incredible TWO cup sizes. 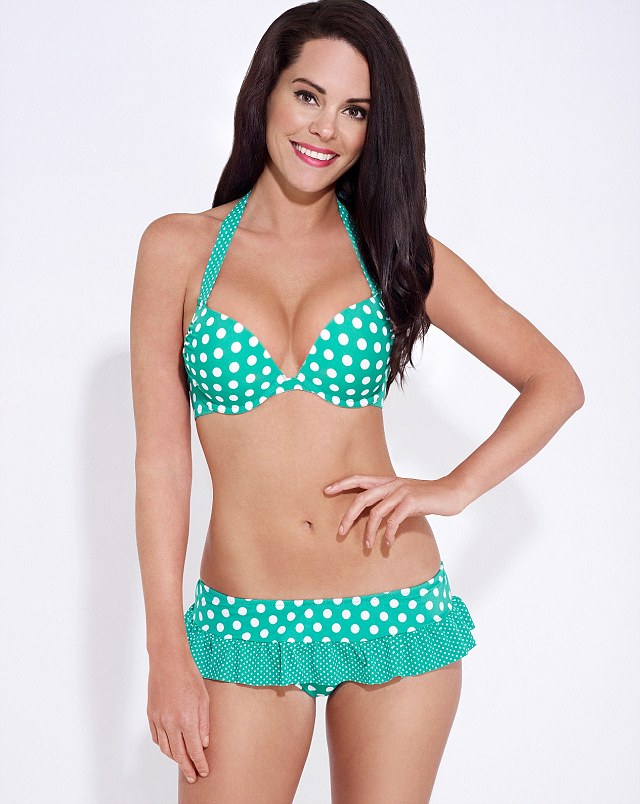 After: The Mega bust-boosting bikini (top, £26, bottoms, £12) uses clever gel and foam padding combined with under wiring to achieve a boost of two cup sizes 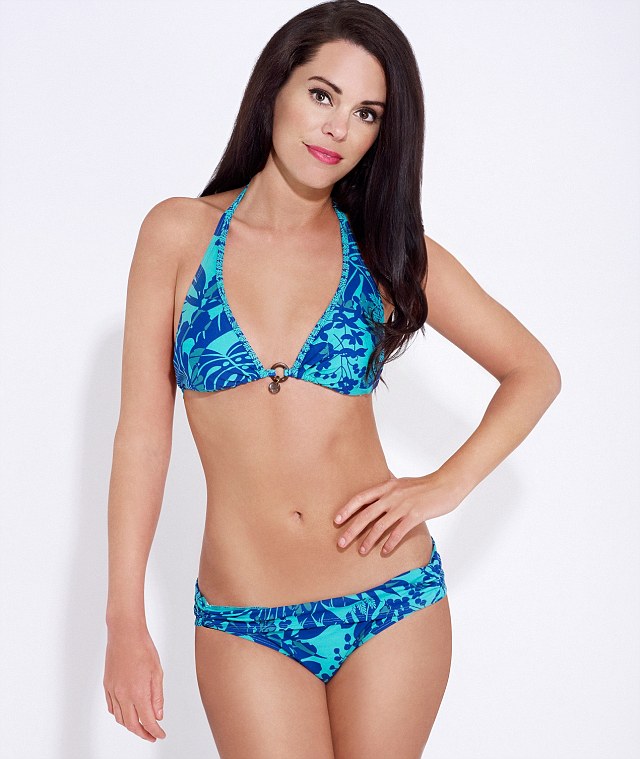 Before: Most normal bikinis offer no boost to cleavage and minimal support. Here the difference made by the Ultimate Beach bikini (pictured above) is obvious

The UK brand Ultimate Beach’s new two piece, sold by Debenhams, doubles the previous cup enhancement that could be gained from a bikini, and all without having to go under the knife.

The bikini top uses gels and foams to increase the look of the breasts by two cup sizes and gives them a one cup lift effect.

The range sold out in under two hours when it was trialled last year as more and more women are looking for alternatives to expensive and painful surgery that still delivers results.

With a host of celebrities such as Katie Price, Samia Ghadie and Amy Childs having gone under the knife, having a fuller bust line is a popular look. 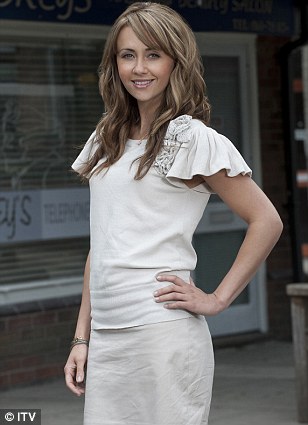 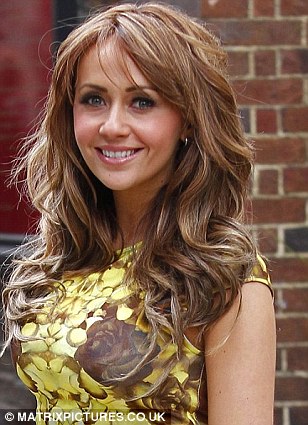 Samia Ghadie underwent a £4,000 operation to take her from an A-cup (left) to a C-cup, as she said having a small bust made her feel un-womanly 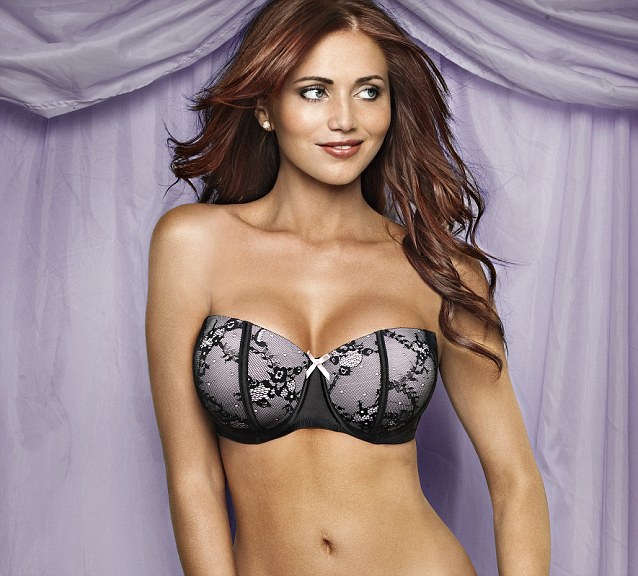 Amy Childs has been open about her breast enhancement and is often pictured displaying the results of her surgery, prompting women to want to emulate her bigger cleavage

This boosting range is available in three versions, Natural, Mega and Extreme, depending on the level of cup size increase you are after and costs from £8-£26.

The bikini: A history

– The first swimsuit appeared in 1830, and covered a woman from ankle to wrist.

– By the 1930’s, necklines plunged at the back, sleeves disappeared and sides were cut away. Swimsuits started hugging the body and used materials such as lastex and nylon.

– The bikini as we know it first appeared on the beaches of France in 1947, however the garment dates back to 1400BC when it was worn by women for athletic purposes in Ancient Greece.

– It was made popular in the 20th century by pin-up girls such as Esther Williams, Ava Gardner, Rita Hayworth and Lana Turner.

– In 1962, Bond girl Ursula Andress emerged from the sea wearing a white bikini in Dr. No. This has been declared the top bikini moment in film history, and firmly put the bikini on the map.

– Playboy first featured a bikini on its cover in 1962.

– By the 2000’s, bikinis became a multi-million poundbusiness annually.

And unlike some ‘enhancing’ underwear (think granny-like beige control pants) the bikinis come in fun, fashionable fabrics and designs to keep you looking fashionable on the sands.

The green bikini top, £26, has a polka dot design with gathered sides and a self tie halter neck and is underwired for additional support.

It can be paired with either dotted full cut bikini bottoms with a frilly trimmed waistband or bottoms with self tie fastenings sides, both £12.

‘The best thing is women can choose how big or small they want the look to be, meaning there’s an easy way to get any level of cleavage on the beach.

‘With over 20 pieces in the range, there’s enough to last women more than a two week holiday in the sun, meaning they can feel confident and happy to bare their beach bods the entire break.

‘We see a huge percentage of our A-C cup bras sold have enhancing elements to them, so there was a clear opportunity to offer our swim customers something that makes them feel and look great on the beach as well as in the bedroom.’