Don’t stare & drive: Couple caught on tape having (full blown) sex in the back of a moving taxi (PHOTOS)

This is the astonishing moment a randy couple almost caused a mass pile-up on a Chinese highway by having sex in the back of a moving taxi.

The pair were photographed at the height of passion during rush-hour on a busy Shanghai road by an astonished driver.

The women can be seen straddling her partner in the back of the taxi with the man throwing back his head in apparent ecstasy. 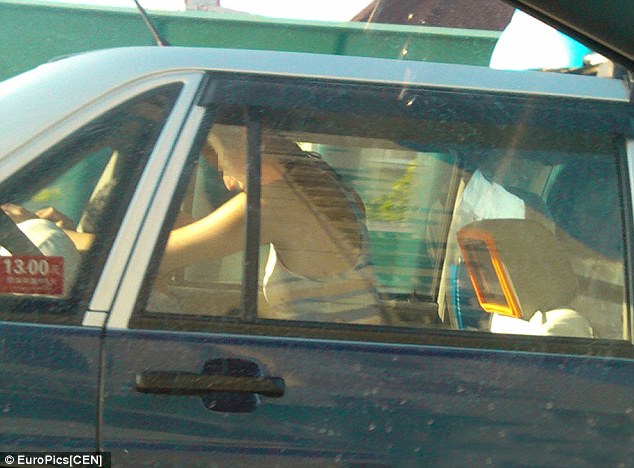 Randy: This couple brought traffic to a standstill in eastern China when motorists saw them making love in the back of a moving taxi 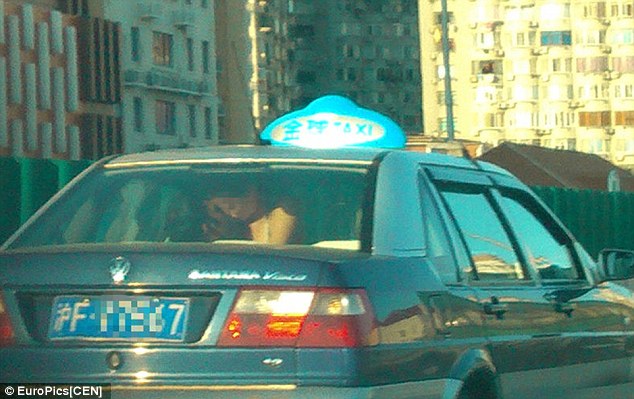 Excited: The pair were pictured at the height of passion on a Shanghai highway by an astonished driver

The stoney-faced taxi driver keeps his eyes firmly fixed on the road ahead as the couple make love in the back of his car.

One motorist who witnessed the incredible moment said: ‘I was in the lane next to them and I could see them kissing and pawing each other to start with.

‘They soon got carried away and started having sex right there in the taxi so I decided to film it.

‘I saw at least 10 near misses as drivers swerved to get a better look or took their eyes off the road,’ he added. 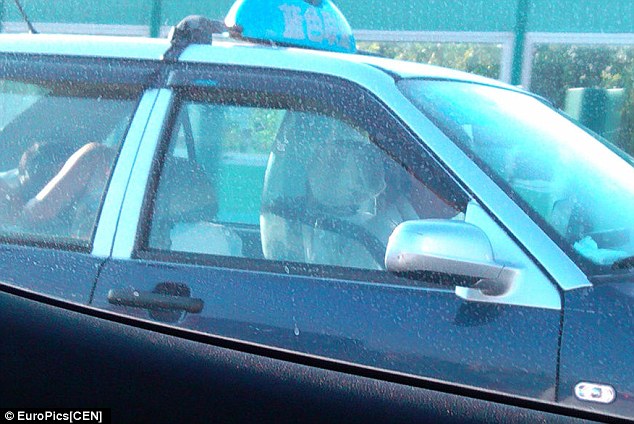 Dangerous: There were a number of near misses as drivers were left distracted by the couple 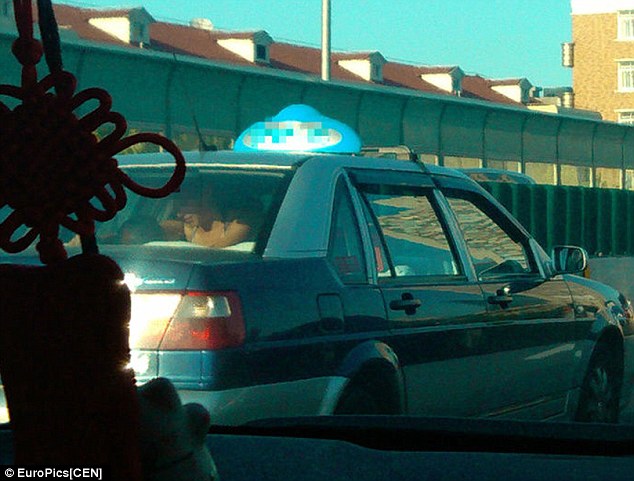 Bizarre: The stoney-faced taxi driver could be seen keeping his eyes fixed firmly on the road ahead as the couple made love behind him

Other witnesses said they believed the couple were foreign with Weibo.com reporting that the car was rocking heavily in backed up traffic while the couple had sex.

A spokesman said: ‘It was clearly very dangerous. Their driver should have stopped and told them to get out.

‘They weren’t even wearing seat belts.’

Despite China’s astonishing transformation recently, it is still a conservative country, leaving many shocked by the couple’s behaviour.