Entertainment Roundup: Should we look forward to a Tekno/Drake collaboration?; Mary J.Blige, This Is Us, Shape of Water and other 2018 Golden Globes nominees | More stories Here are the stories you missed in entertainment yesterday plus others that unraveled while you slept – and are still buzzing today.

These are the nominees for the 2018 Golden Globes

Meanwhile, Mary J. Blige has been nominated in two categories – first as Best Supporting Actress in a Motion Picture for her role in Mudbound and second for Mighty River, the soundtrack for the same movie.

Should we anticipate a Drake and Tekno collaboration?

Canadian rapper, Drake and Nigerian music star, Tekno have been hanging around each other lately and fans are suspecting that they may be up to something musically.

First, it was the duo partying together in a club.

Now, it’s Tekno putting music together in a studio, according to an Instagram story Drake shared on Monday. As we know, Tekno is not only a singer, he also doubles as a music producer so could this be Tekno making beats for Drake’s next hit track or could it be that the two are working on a collaborative track?

Earlier in 2017, Drake featured on Wizkid’s award winning single, Come Closer and has been rumoured to have recorded a song with Burna Boy who he met this year.

The official trailer for Wives on Strike: The Revolution is out 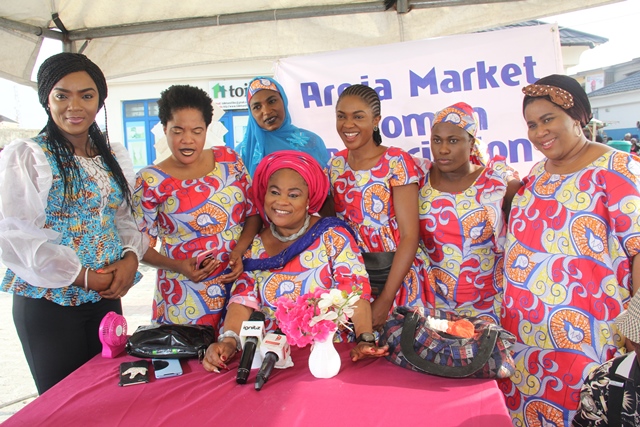 It looks like more wives have joined the party and the fight against domestic violence is about to get bigger.

Nollywood’s most loved, Sola Sobowale and Alakada actress, Toyin Abraham have joined the cast of Omoni Oboli’s didactic movie, Wives on Strike and the first trailer for the sequel has just been released.

We see the women rally against their insensitive husbands again and even take their cause out of the country.

Wives on Strike: The Revolution will be released on 29 December but first, watch the trailer here: