Entertainment Roundup: Wizkid is in Nigeria and is dropping new tracks “every day”; R.Kelly encourages female fan to touch his crotch as he performed on stage | More stories Missed out on all the entertainment gist from the weekend? We have the biggest ones packed here plus others that unraveled while you slept through Sunday night – and are still buzzing this Monday morning.

Wizkid is in Nigeria and is dropping new songs every hour 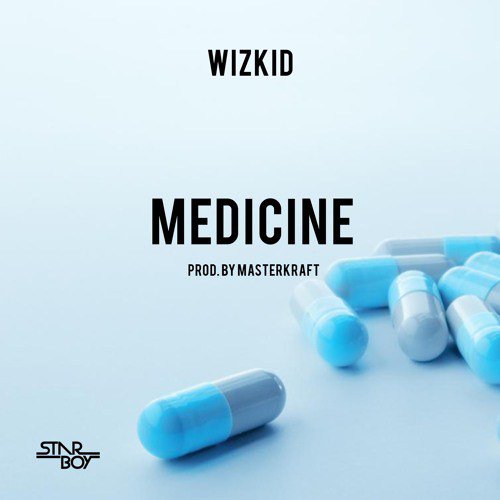 Maybe that headline doesn’t exactly describe what Starboy is up to but it comes close.

Apart from his fire tweets that detail his Lagos experience from watching African Magic Yoruba to partying at his favourite Lagos nightclubs, Wizkid has dropped one jam and is set to drop another two in less than 48 hours.

The new track, Medicine was produced by Masterkraft and his fans have testified to it being as hot as Wizkid is known for. Early this morning, he has promised to release a collaborative track with Tiwa Savage and another one with 2baba will follow.

Tiwa Savage also confirmed the collaboration via Snapchat and what we also know is that the track will be produced by Spellz. His fans have claimed the Daddy Yo singer will record an album before he leaves Nigeria and Wiz has not denied the possibility. He tweeted this morning:

Beyond the music, Wizkid allegedly found himself in the middle of an altercation with a fan in a night club on Friday night. The fan, who has been identified as a photographer, was reported to have tried to take photos of Wiz without his permission.

A video of the brawl has emerged online although it’s hard to make out what went down in it:

Reminisce may be your next governor Or Senator! Or President!

However it goes, rapper Reminisce has announced his interest in politics in coming years.

In an interview with Punch newspaper, Alaga Ibile said, “I am interested in politics and I see myself becoming a politician in the future. One is not going to do music forever and I need to plan my life properly.”

Reminisce is not the first Nigerian artiste to show an interest in politics, 9ice towed the path and contested in an election in 2015 but lost.

Way to go, Reminisce! May your case be different.

R.Kelly urges female fans to touch him as he performed on stage Legendary R&B singer, R.Kelly does not seem moved by the recent allegations raised against him by the parents of young ladies he has been accused of holding against their will in an abusive sexual cult.

The Pied Piper reportedly gave a seductive performance at a concert in Virginia Beach.

According to E!News, R.Kelly “encouraged a fan to touch him as he crouched down onstage and encouraged another to hand him her phone, which he then proceeded to rub against his crotch”. Sensei Uche made the shocking revelations of his health status via Instagram on Sunday as he called for help to raise the 21,000 pounds needed to see him through surgery.

With the hashtag, #senseiuchebeatscancer, celebrities have rallied support for Uche to raise funds to beat stage 3 nasal lymphoma.

Hello everyone, my name is Uche Agbai, many of you may know me as ‘SenseiUche’ of City 105.1FM. Those of you who do may have also noticed I have been off air for an unusually long time. In appreciation of the concerned messages and loving support that I have received I would like to take this opportunity to explain the circumstances of my absence. The story began sometime in December 2016. I had slowly come to realise that I was losing sense of hearing in my left ear. With the onset of persistent nasal congestion and a recurring sore throat I sought medical attention. After visiting a number of hospitals all of whom subjected me to several tests, I was told I had simply been suffering from an infection. I began my treatment in the hopes the symptoms would clear. The symptoms worsened and I started having severe nose bleeds. I was then advised to consult an Ear, Nose and Throat specialist. After several scans, an MRI scan of my head revealed an unidentified growth in my upper nasal tract measuring 8.5cm and 3cm wide, my blood ran cold. The discovery cast my life into limbo, suddenly confronted with several frightening prognoses; potential blindness, partial deafness, anosmia or worse. After undergoing surgery, a biopsy of the mass returned the diagnosis; cancer. Analysis of my scans would show I had a stage 3 nasal lymphoma. To this day I cannot quite find the words to describe the emotions of helplessness and despair that beset me. It was as though my life had suddenly and without fair warning, been brought to a screeching halt. I was advised on the high risk of my situation with the danger that the cancer could metastasise and spread to my brain. Compounded by my struggle in finding adequate medical care in Nigeria, I felt as though I was in a lopsided battle against time for my wellbeing.

Here are the biggest songs that dropped over the weekend: