Twilight and True Blood have made vampires the fictional theme du jour. But for one suburban mother-of-two, the blood-sucking lifestyle is a stark reality.

Julia Caples, 45, from Wilkes Barre, Pennsylvania has been drinking live human blood from willing donors for the past 30 years.

The care worker, who says she is hooked on the practice, consumes around half-a-gallon of blood per month and believes that it keeps her feeling young and vigorous. 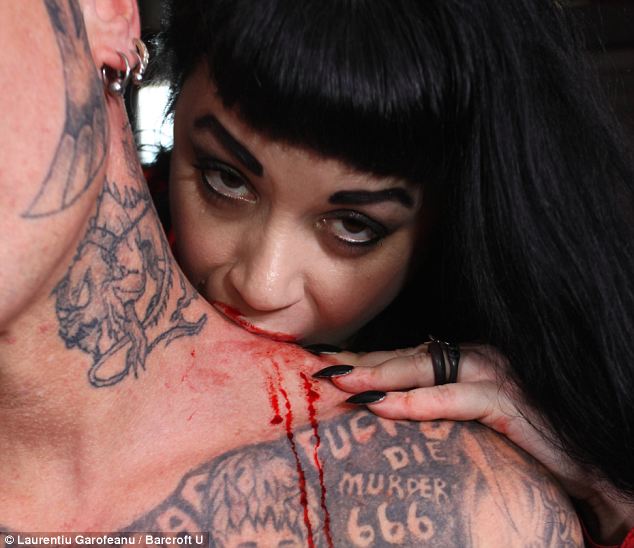 Vampire-obsessed: Julia Caples, 45, from Wilkes Barre, Pennsylvania has been drinking live human blood from willing donors for the past 30 years

‘When I feed off of a person and drink their blood I feel stronger and healthier,’ she says.

‘I know scientifically there’s not a lot nutrition in blood, but maybe there’s some value we haven’t discovered yet.

‘I feel more beautiful than any other time when I’m regularly drinking. I’m also extremely healthy with no major health problems, and I have an abundance of energy all the time.’ 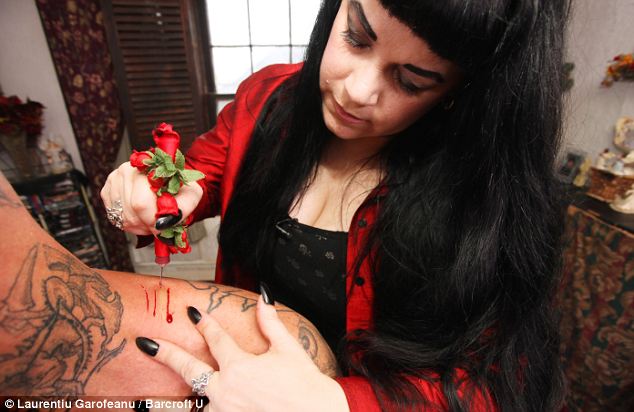 Bizarre hobby: Ms Caples’ drinking sessions take place at her home, where she cuts the donor with a pagan-like sterilized knife she designed herself

Ms Caples says she finds her ‘donors’ – fellow vampire fans willing to let her drink from them – at her local occult and oddities store.

Drinking sessions take place at her home, where she cuts the donor with a pagan-like sterilized knife she designed herself.

Ms Caples says her fascination with blood began as a young girl, during her first kiss as a teenager, when she got the urge to bite her sweetheart with disastrous consequences.

‘It was my natural instinct and I liked the taste,’ she said. ‘I just got an urge and can’t really explain it. It’s never gone away. Needless to say though, he never kissed me again.’ 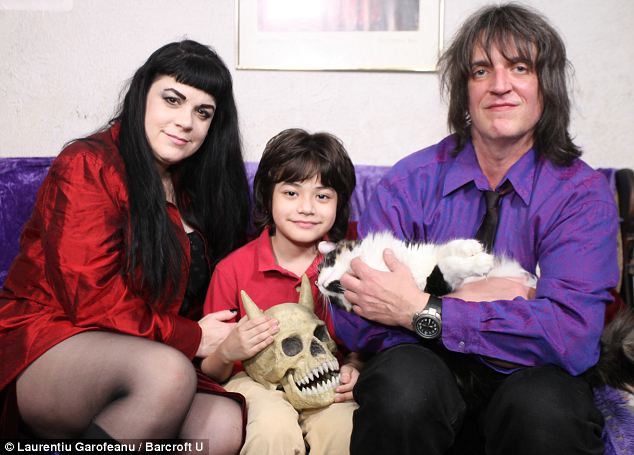 She says she and goth friends did it occasionally through her teens, but it wasn’t until she met ex-husband Donald Lazarowicz, 49, that she started drinking live blood regularly. 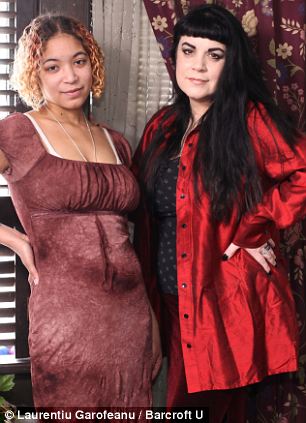 But when they had son Alexei, Mr Lazarowicz vowed never to drink again.

The counselor, who is still good friends with Ms Caples and shares parenting duties, explained: ‘I gave up, so Julia didn’t have to. We agreed that one of us would need to stop and focus on parenting full time.

‘Julia still likes to drink, but she’s also an amazing mother, and her children come first. She’d never let it stop her mothering her kids.’

Daughter Ariel, 24 and Alexei, now nine, both have reservations about their mother’s bizarre habit though.

‘We have all these decorations at home like coffins and dolls. I’m starting to think she’s a vampire,’ Alexei says.

Adds Ariel: ‘I don’t agree with it. I think she runs a lot of health risks. I worry she might get a disease from someone through the blood.’

Ms Caples says she is aware of the health dangers, but all her donors are tested before she’ll drink from them.

‘I meet some donors online but I absolutely have to meet them in person first, she says. ‘And they have to get blood tests to make sure that they’re not carrying any blood borne diseases like AIDS or HIV.’

Doctors believe that there is a resurgence in blood-drinking thanks to the recent trend for vampire-themed TV series and films.

Haematologist Steven Gruenstein at the Mount Sinai Hospital in New York, says a variety of cultures have been drinking blood for thousands of years but it could be due to deficiencies in the body. 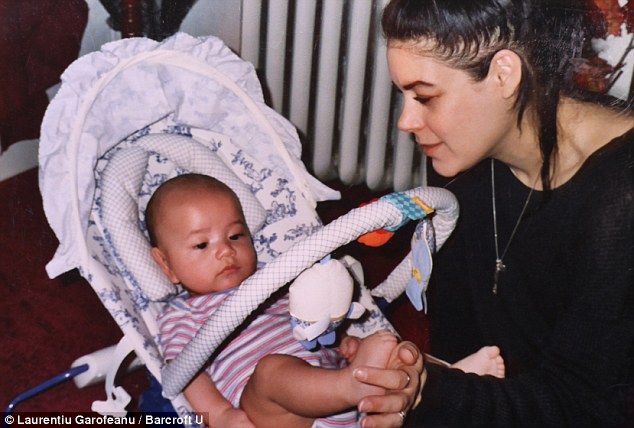 Taking responsibility: When Ms Caples and welcomed son Alexei in 2004, now ex-husband Donald Lazarowicz vowed never to drink blood again in order that he could be a better father 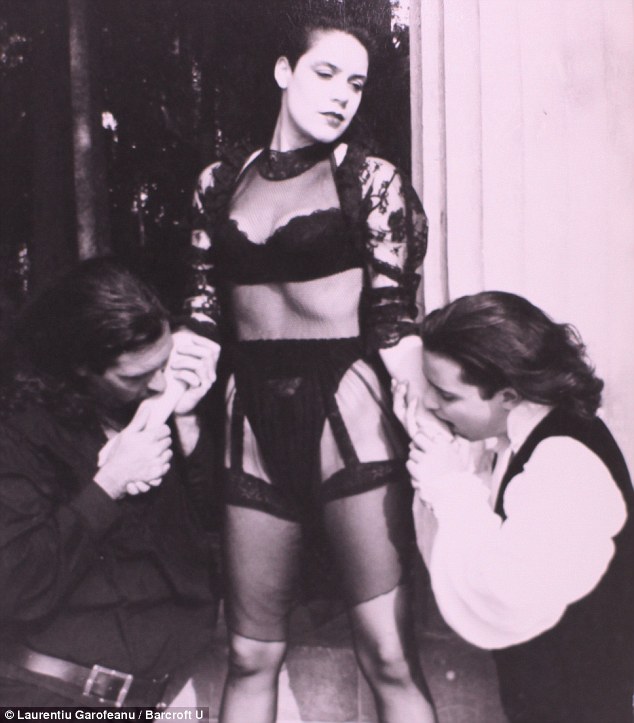 He says: ‘Blood does contain chemicals like salt, iron, protein, and people might be driven to drink it because of a deficiency of iron or some other chemical.

‘I would absolutely discourage someone from ingesting raw human blood,’ he warns.

‘There are risks involved. HIV, hepatitis and other viral and bacterial illnesses can be transmitted through blood, so though these risks are not large, they are real and it would be an unnecessary danger.’