Exploitation: Hospital in Zimbabwe where women are charged $5 every time they scream during childbirth

Poor women have been exploited at their most vulnerable time by a hospital that charged them $5 every time they screamed during child birth.

The shocking discovery was made by a U.S. group that campaigns against corruption, as it released its annual Global Corruption Barometer.

At the hospital in Zimbabwe, one of the poorest countries in the world, the fine was said to be for ‘raising a false alarm’, according to Transparency International. 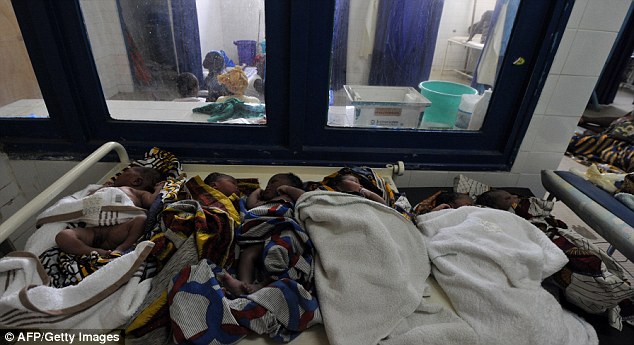 Tough conditions: Charities such as Medecins Sans Frontier run maternity wards such as this one in Ivory Coast and in other developing countries to help new mothers

Women who were unable to pay the fine were allegedly kept in the hospital until their families could pay. Interest was also added to the fines, according to the Washington Post.

Many mothers already avoid hospital deliveries in the African nation because of the $50 cost, which is about the third of the average $150 income.

In a country where nearly 95 per cent of the population is unemployed after years of economic turmoil and corruption under President Mugabe, and where one in eight women die in childbirth every day, the fines could rob a woman of a year’s salary.

A survey of Zimbabweans found 65 per cent believed the country’s medical services to be corrupt. 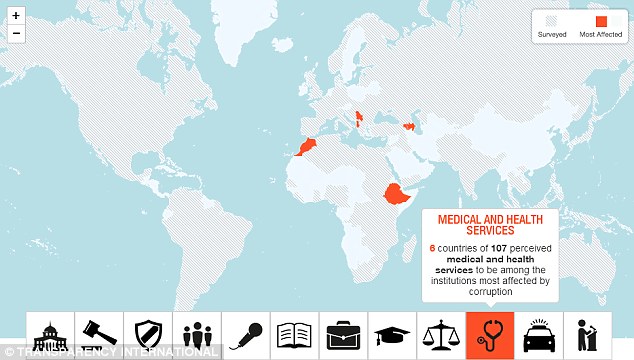 Ailing: Transparency International’s results show the countries where medical services are believed to be corrupt 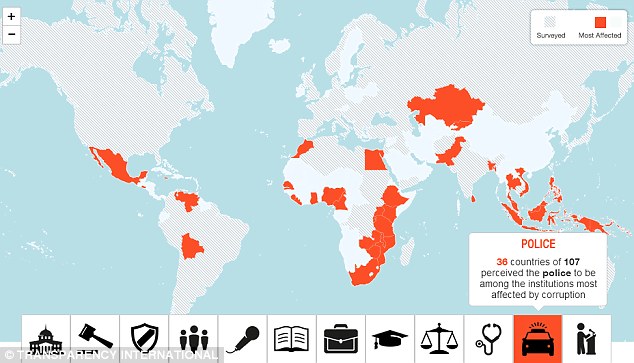 Criminal: Zimbabwe is one of 36 countries where police were found to be affected by corruption in the survey

When Transparency International contacted Zimbabwe’s deputy prime minister, he ordered an investigation and since then no further reports of fines have been made. However, the $50 delivery charge remains.

The campaign group has now set up workshops in Zimbabwe to raise awareness about corruption and show citizens how to record officials demanding bribes so they can provide evidence to the courts.

The maternity fines were exposed as the campaign group released a global report showing that nearly a quarter of the world’s population has paid a bribe in the past year.

The findings, based on surveys with 100,000 people in more than 100 countries, found that the police and court systems were the most prone to bribery, according to Slate. 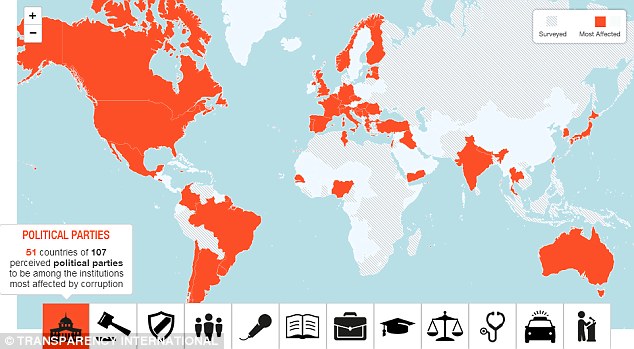 Party politics: The U.S. is included in the list of countries where political parties were believed to be affected by corruption

Nearly a third of the people who took part in the survey said they had paid a bribe to police.

The most corrupt country was Sierra Leone, where 84 per cent of the people surveyed reported paying a bribe. The least corrupt  was a tie between Australia, Denmark Finland and Japan.

In the U.S. 7 per cent of those surveyed claimed to have paid a bribe to police, Slate reported.