Has Fayose launched his 2019 presidential campaign?

Fayose had boasted that he would become Nigeria’s next president and would defeat President Muhammadu Buhari in 2019.

“I have penchant for taking powers; that one in Buhari’s hand, I will take it. I’m going straight to that villa. I’m the next president,” he had said.

[Read Also: I AM NIGERIA’S NEXT PRESIDENT – FAYOSE]

“I want to be the next president of Nigeria. My own won’t be this change that has brought nothing, we are going to represent the people well and tell them the truth.”

A page, “Ayodele Fayose for President 2019” has surfaced on the social media platform, Facebook. 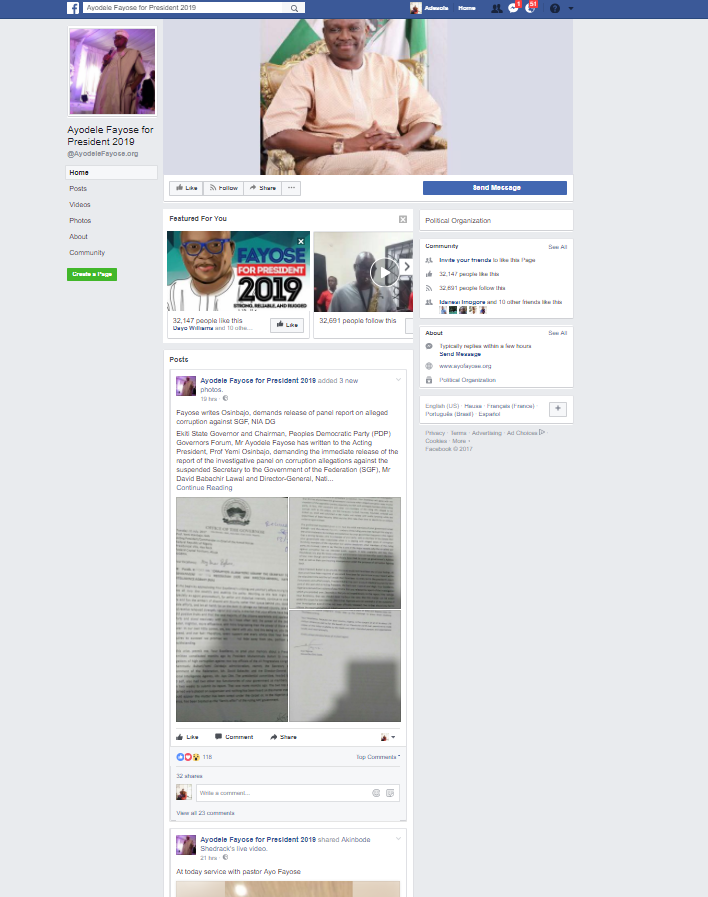 However, his party, the Peoples Democratic Party has zoned the Presidential ticket to the northern part of the country.

Fayose had also said he would approach the Supreme Court to determine his eligibility to run again for the office of governor of his state.

He had stated that since the Supreme Court declared his impeachment null and void, he is eligible to run for office as governor again.