The Federal Government has handed over the Presidential Lodge, Marina to the Lagos State Government, in fulfillment of the promise of President Muhammadu Buhari to entrust the edifice to the State.

The Memorandum of Understanding was signed by the Permanent Secretary, State House Marina, Alhaji Jalal Arabi and Secretary to the Lagos State Government, Mr.Tunji Bello. 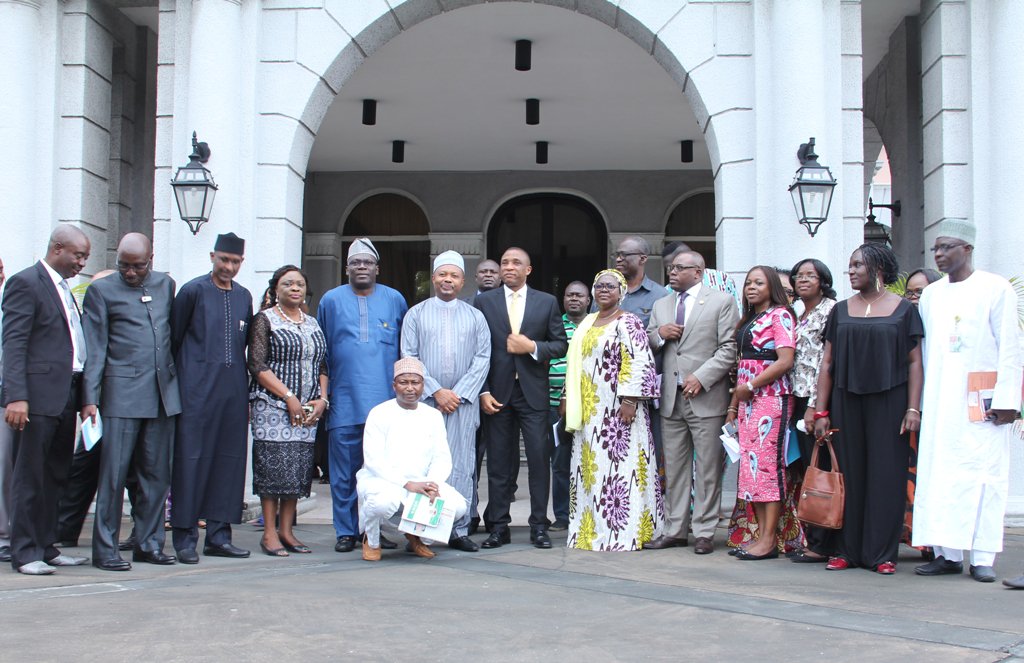 Speaking at the ceremony, Secretary to the State Government, Mr Tunji Bello who led the State officials including members of the State Executive Council, promised that the State Government would not compromise its structural integrity while preserving the architectural finesse and beauty.

Bello said the administration of Governor Akinwunmi Ambode would ensure the edifice becomes a tourist destination.

He stressed that the edifice will become one which residents of Lagos and Nigerians, in general, would not only be proud of but which compares to similar ones in distant locations, assuring Lagosians that the State will put the edifice to the best and most judicious use.

He added that the State Government would ensure that it is perfectly transformed without compromising its structural integrity and preserving its architectural finesse and beauty.

“The successful handover of the structure represents one of the landmarks of the City of Lagos and an eloquent testimony to the new dawn of politics of tolerance and inclusiveness which the All Progressives Congress (APC) has brought to the Nigerian landscape”, Bello said.

The SSG, on behalf of the State Governor, Mr Akinwunmi Ambode, the Government and people of the State, expressed the deepest appreciation to President Muhammadu Buhari for his statesman-like gesture in the approval of the release of the edifice to the Lagos State Government.

He also applauded the Acting President, Professor Yemi Osinbajo for ensuring that the handover process became realizable and the Minister of Power, Works and Housing, Mr. Babatunde Fashola (SAN) for his untiring assistance to ensure the success of the transfer.

“The list of appreciation will be incomplete without mentioning the Permanent Secretary in the State House, Abuja, Mr Jalal Arabi with whom I co-chaired the committee that midwifed the handover process for the painstaking job. Same goes for all the directors and top staffers in the Presidency with whom officials of the State Government worked. Mr Arabi and his team have been very supportive forthcoming and painstaking in the last couple of months since we commenced this exercise by ensuring that nothing is left out. We are indeed very grateful to you and your team”, he said.

Earlier, the Permanent Secretary, State House, Abuja, Mr Jalal Arabi who described the occasion as a solemn one because of the emotional attachment that most of the staff have towards the complex, said they are happy it was a smooth transition process.

He said the several months of perfecting the transfer of the ownership was a family discussion which was devoid of any bitter feelings expressing delight that he and his team carried out the directives of Mr President concerning the handover of the edifice and ensuring that all the equipment and properties were not removed.

He described President Muhammadu Buhari as a statesman who believes that his word should always be his bond, hence his insistence that his promise to the State Government must be kept.