#Euro2016: France fight off wounded Germany to move into final It was tagged the ‘battle of the giants’ but France came out on top as they fought hard to earn a 2-0 win against Germany on Thursday to clinch a ticket to the final of the Euro 2016.

Germany came out strong in the first half as France could only muster 30% possession, however, a composed performance from goalie, Hugo Lloris kept Les Blues in the game. 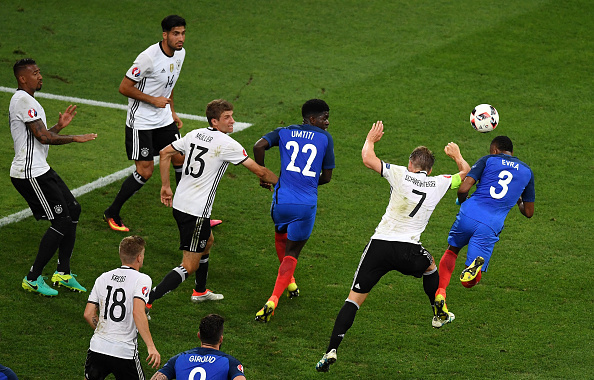 Joachim Low‘s men were however, stunned when the referee gave a penalty to the hosts in the injury time of the first half after Evra‘s headed ball struck Schweinsteiger‘s arm. 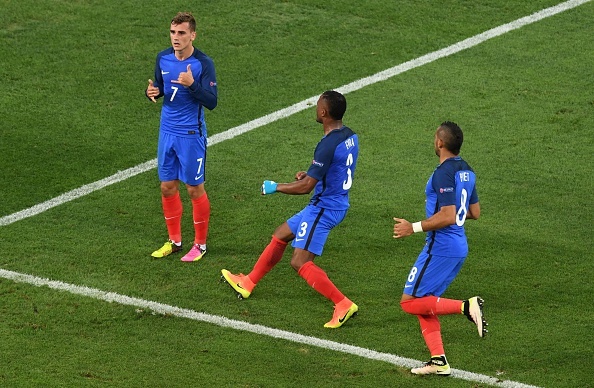 Antoine Griezmann stepped up and tucked the penalty in the corner, sending Manuel Neuer the wrong way.

France piled up the pressure on the Germans at the beginning of proceedings in the second half and this paid off when Pogba maneuvered his way on the left wing to send a cross into the box which Neuer spilled – allowing Griezmann to poke-in his second goal of the night. 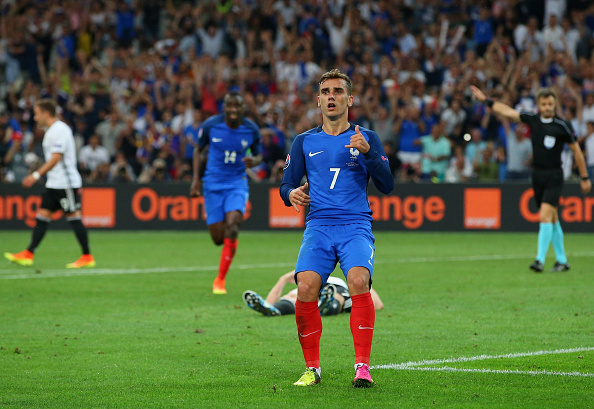 With the French getting a 2-0 lead, Germany came at France like a wounded lion in search of a way back into the game but France was able to curtail the wave of attacks, to see out the scoreline in Marseille, thanks to a determined team effort and heroics of Lloris.

France will now play Portugal at the Stade de France in Sunday’s final.