A woman has revealed how her 11-year old son, Luke Batt  was stabbed and beaten to death with a cricket bat by her ex-husband, his father at sports practice in Australia.

The crazed attack was stopped by the police who shot Greg, the victim’s father but the boy was pronounced dead at the scene and his father later died in the hospital.

Luke’s mother, Rosy Batty believed his father, who was her ex-husband, loved him dearly but had mental health issues.

Describing the moments leading up to her son’s death she said ‘Luke came to me and said, ‘Could I have a few more minutes with my dad?’ because he doesn’t see him very often and I said, ‘Sure, OK.’

‘It was just a little cricket practice, there were people there, I believed he was safe,’ said Mrs Batty, 52. 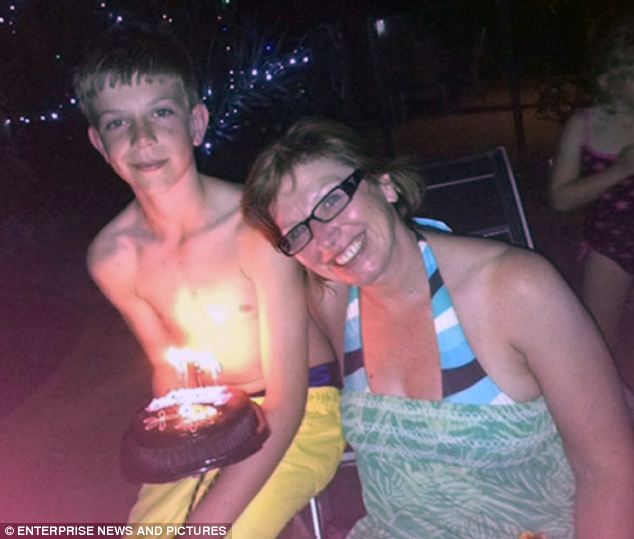 Luke and his mother at her recent birthday celebrations 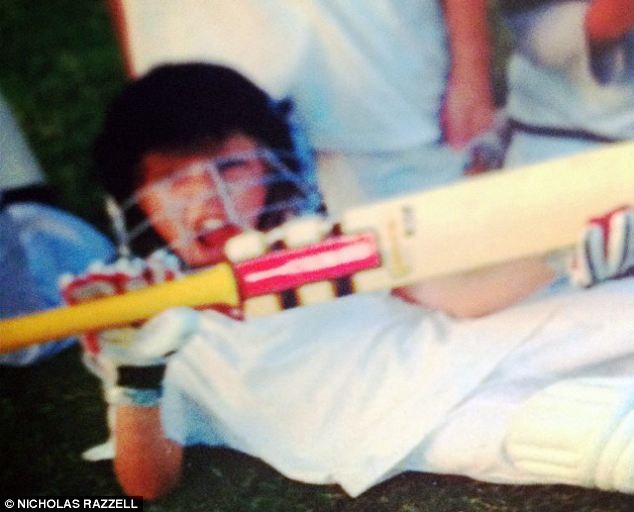 ‘From what I could see, Luke had been injured. I thought it was an accident, I had no reason to think otherwise.’

‘What triggered this was a case of his dad having mental health issues,’ she told the Herald Sun.

‘He was in a homelessness situation for many years, his life was failing, everything was becoming worse in his life and Luke was the only bright light in his life.

Recounting the horrific incident, she added: ‘It was just a normal cricket practice and most of the kids and their parents had gone. 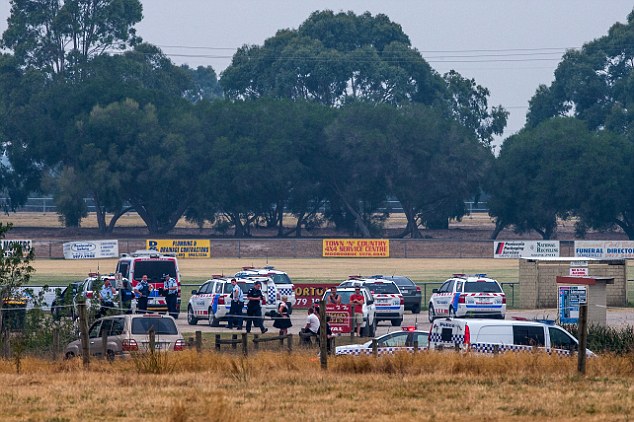 Police arrived on the scene and attempted to subdue the man with capsicum spray. When that did not work and the boy’s father began threatening police with a knife they shot him It is believed the man intended ‘suicide-by-police’. After he was shot, the man was taken to hospital, but he died later that night

‘Luke came to me and said could I have a few more minutes with my dad because he doesn’t see him very often and I said yes, sure, that’s OK.

Ms Batty, who is originally from Lincoln in England said that police told her it was a calculated act that would have occurred at some point.

The horrific attack unfolded at around 6.30pm in an outer suburb of Melbourne on the picturesque Mornington Peninsula in Victoria.

Tyabb is a quiet township with a country fire station, a railway station and three small primary schools including Flinders Christian Community College, where the boy was a sixth grade pupil. 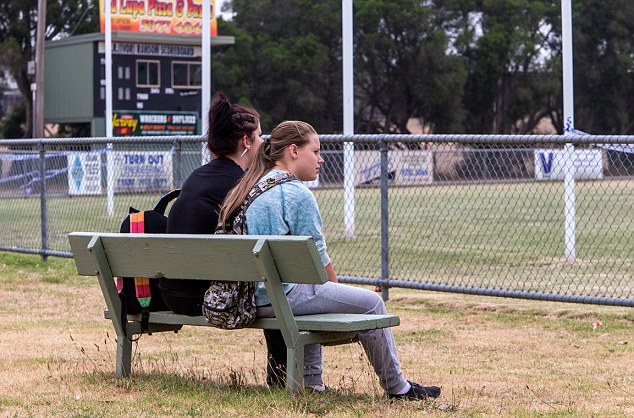 Disbelief: Luke Batty was in Year Six at a local primary school and his death has rocked his school community

Horrific: The attack was witnessed by several people, including children, who had just finished cricket practice at the pitch

Witnesses told the Herald Sun the father turned on them with the knife, forcing one of the officers to shoot him in the chest.

Local police from Mornington station arrived on the scene at 6.40pm, when four officers confronted the man and tried unsuccessfully to subdue him with capsicum spray.

As the news was broadcast, horrified Australians have begun posting tributes to the boy on social media.

Paramedics tried to save the boy, but he died at the scene from severe head injuries.

An emergency services helicopter took the father to the Alfred hospital, where the man died at around 1.30am on Thursday.

Victoria Police commander Doug Fryer confirmed the ‘male that the police shot was the ­father of the deceased boy’.

The suburban sports ground on Australia’s picturesque Mornington Peninsula where an estranged father stabbed his 11-year-old son and beat him to death with a cricket bat. Paramedics tried to save the boy, but he died at the scene from head injuries

‘They have then discharged a firearm, hitting that male once in the chest.

The incident has shocked the local community, with one resident describing  how ‘a shiver’ ran down his spine when he heard ‘a couple of pops’ and realised they were gunshots.

Tyabb Cricket Club’s junior cricket co-ordinator, Ron Dyall, said the boy had played for the club for two or three years and was also an avid footballer.

Mr Dyall said he was devastated by what had happened.

‘My own son plays in [the boy’s] team. I’m trying to figure out how to break it to him, and how we’re gonna deal with the kids.’

The Victorian Homicide Squad will conduct an investigation into the deaths.