Chelsea confirmed one of the worst-kept secrets in European football on Monday when they revealed that charismatic and controversial former manager Jose Mourinho has returned to the club on a four-year contract.

The 50-year-old Portuguese, who led Chelsea to unprecedented success between 2004 and 2007, succeeds interim coach Rafael Benitez.

His Stamford Bridge comeback had been widely anticipated, with weeks of media speculation culminating in his admission on Spanish television late on Sunday that he had agreed to move back to west London.

“I am delighted to welcome Jose back to Chelsea. His continued success, drive and ambition made him the outstanding candidate,” said chief executive Ron Gourlay in a statement published on the Chelsea website.

“It is our aim to keep the club moving forward to achieve greater success in the future and Jose is our number one choice as we believe he is the right manager to do just that.

“He was and remains a hugely popular figure at the club and everyone here looks forward to working with him again.”

Mourinho arrives from Real Madrid, where an initially fruitful three-year spell ended in acrimony following an unsuccessful league title defence, a semi-final exit in the Champions League, and the alienation of senior players including goalkeeper Iker Casillas. 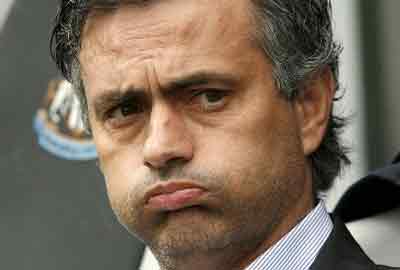 Prior to joining Madrid, he enjoyed a stunning two-season stint at Inter Milan that culminated in an unprecedented sweep of Serie A, Italian Cup and Champions League trophies in 2010.

He is one of only four coaches to have won the European Cup with two different clubs, having first tasted glory in the competition with Porto in 2004.

His subsequent spell as Chelsea manager saw the club emerge as the dominant force in English football.

Backed by the investment of billionaire Russian owner Roman Abramovich, Mourinho won back-to-back Premier League titles in 2005 and 2006, as well as two League Cups and the 2007 FA Cup.

He left in September 2007 after his relationship with Abramovich broke down, but the pair soon reconciled and he returns with the objective of turning Chelsea into title challengers once again.

Frank Lampard, a survivor from Mourinho’s first spell at Chelsea, said he was delighted by his former mentor’s return, having recently signed a one-year contract extension.

“He’s a great manager. I’ve said it a million times to the point of boring people, but I’m very fortunate to have worked under him before,” Lampard told BBC Sport.

“He’s taken that everywhere he’s gone with him. He creates a spirit in his squads that you can see from the outside is very, very strong. He’s a top-class manager, we all know that.”

Popularly referred to as ‘the Special One’, in reference to a brash remark from his very first Chelsea press conference, Mourinho is an outspoken figure who has became renowned for his clashes with officials and opposition coaches.

Mourinho has brought coaches Rui Faria, Silvino Louro and Jose Morais with him from Madrid and will be officially presented to the media next Monday.

He was due to give an interview with Chelsea TV, Chelsea’s in-house television station, later on Monday.