HORROR: Woman is murdered by her boyfriend who pushed her out of a moving car (PICTURED)

The driver of the car from which a woman was either pushed or fell to her death on a busy Southern California freeway has been charged with murder.

Ricardo ‘Rick’ Jimenez, 26, turned himself over to authorities yesterday over the tragic death of his lover Maria Josefina ‘Josie’ Jimenez, 22, about 1am on Thursday.

Ms Jimenez was fatally struck numerous times by oncoming traffic after tumbling from the front passenger seat of the wildly careening car, being driven by Mr Jimenez, onto the Foothill (210) Freeway in Sylmar, Los Angeles. 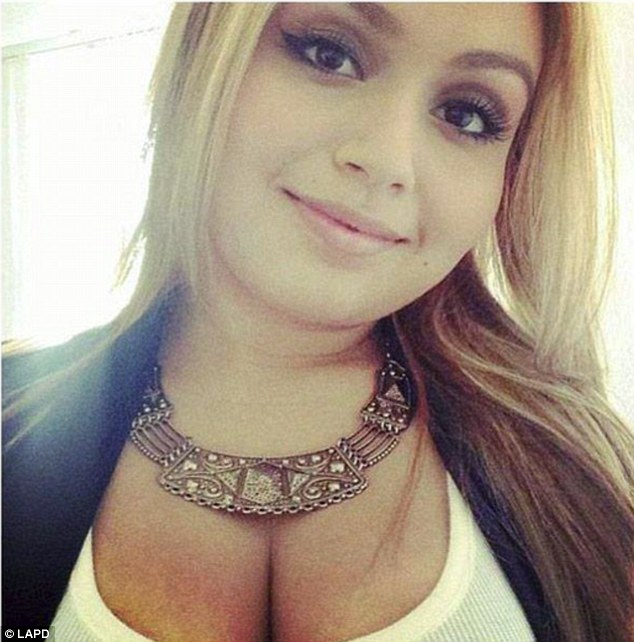 Victim: Maria Josefina ‘Josie’ Jimenez, 22, died after being hit by multiple cars when she was pushed or fell out a moving car on an LA freeway 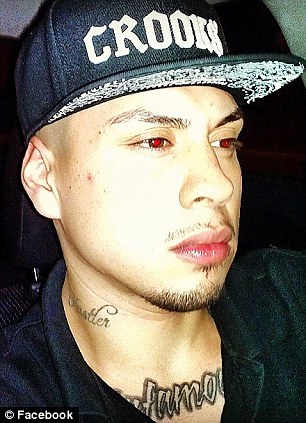 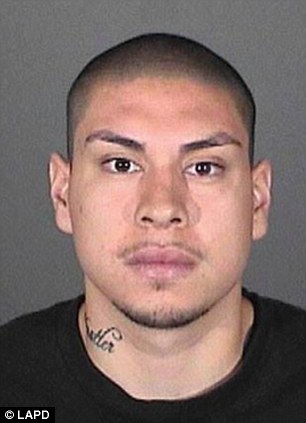 Imprisoned: Ricardo ‘Rick’ Jimenez, 26, has been charged over the murder of his lover Josie Jimenez after turning himself in 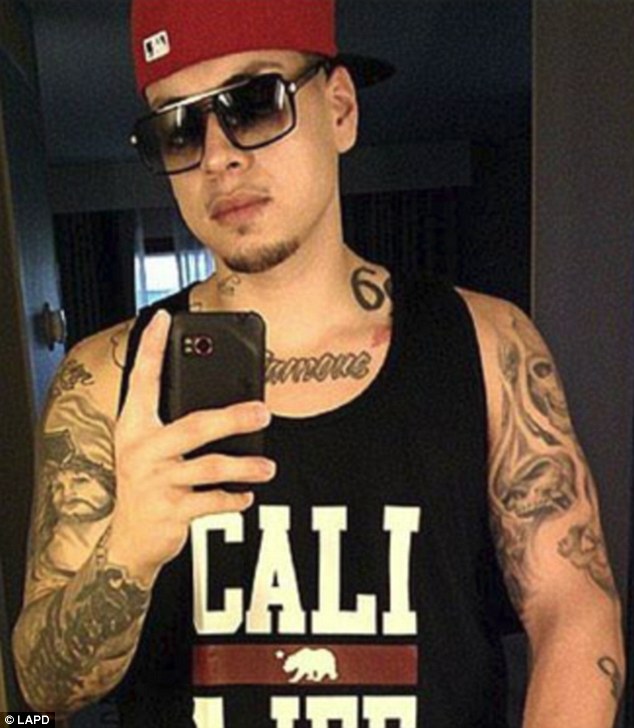 Unfaithful: Rick Jimenez had reportedly been having an affair with Josie Jimenez who was estranged from her husband

Only one of the drivers that hit the heavily-tattooed victim stopped to help after her lover sped away in her red Toyota Corolla, according to Laist.com, while others said they tried in vain to avoid hitting Ms Jimenez.

The Westlake resident was alive when she was thrown from the moving car.

The pair, who were reportedly having an affair, had had an argument at a Sylmar tattoo parlor just before the tragic incident.

‘We have multiple sources who have come forward putting Rick and Josie at a local tattoo parlor before midnight, with Rick causing a disturbance and berating Josie in front of others,’ Los Angeles Police Department spokesman, Lieutenant Paul Vernon, told NBC 4.

‘We know Rick was driving Josie’s red Toyota Corolla when the two left the parlor.’

According to the Los Angeles Times, detectives pieced together the night’s events when a resident near the tattoo parlor reported to police that a woman had come to her front door about midnight asking for a ride downtown. 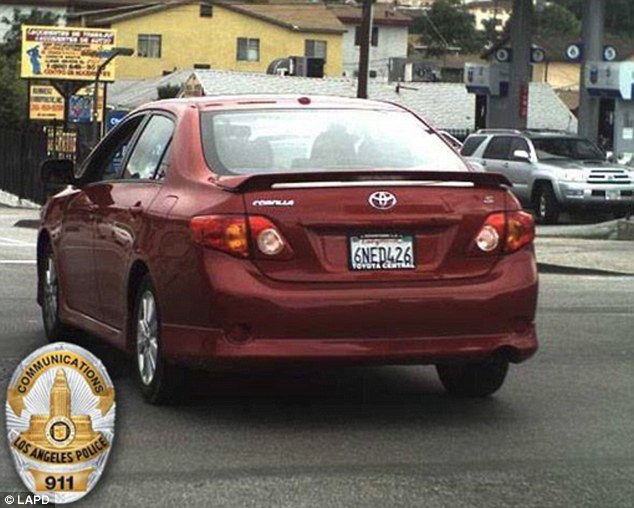 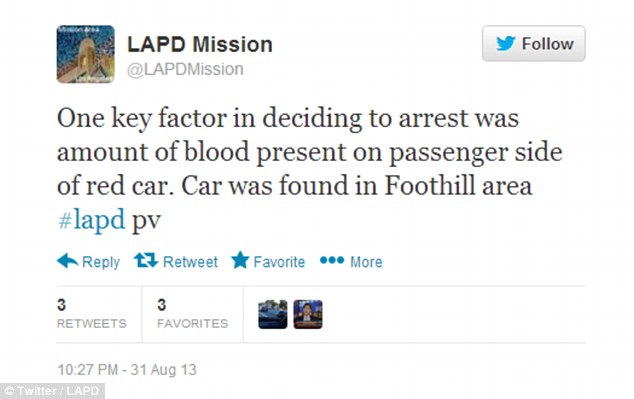 Evidence: The LAPD tweeted that the large amount of blood where Ms Jimenez was sitting before being ejected from the car was a reason for Mr Jimenez’s arrest 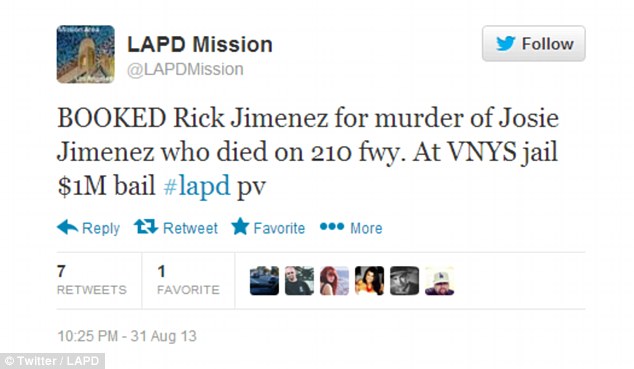 Arrested: The LAPD announce on Twitter that bail has been set at $1 million for Mr Jimenez, who is being held at Van Nuys jail

Ms Jimenez’s girlfriend confirmed that the victim had gone to the house out of desperation to get away from Mr Jimenez.

It is not clear whether this was the same friend who also attended the parlor but left when the couple’s argument got out of hand.

Police said in a tweet that a key factor in deciding to arrest Mr Jimenez, from North Hollywood, was the amount of blood present on the passenger side of car, found abandoned in the northeast San Fernando Valley.

The blood is now being tested.

Police also believe the victim may have been physically abused the night before her death, Los Angeles Times reports.

Ms Jimenez’s estranged husband reported her missing and is not believed to be involved in her death, police said.

Bail has been set at $1 million for Mr Jimenez, who is being held at Van Nuys jail.