An abandoned baby, allegedly hidden in her mother’s car boot for up to two years, has been found naked and feverish as her Portuguese parents face up to ten years in jail for her alleged neglect.

The unemployed couple from Portugal, who live in Brignac-La-Plaine in the Correze department in France, fronted court yesterday after their baby girl was found in her own excrement in the boot of her mother’s car, just 15 minutes from death.

The baby, thought to be aged between 15 and 23 months, was found by mechanics severely dehydrated and feverish after the woman dropped off her car at a garage in South West France. 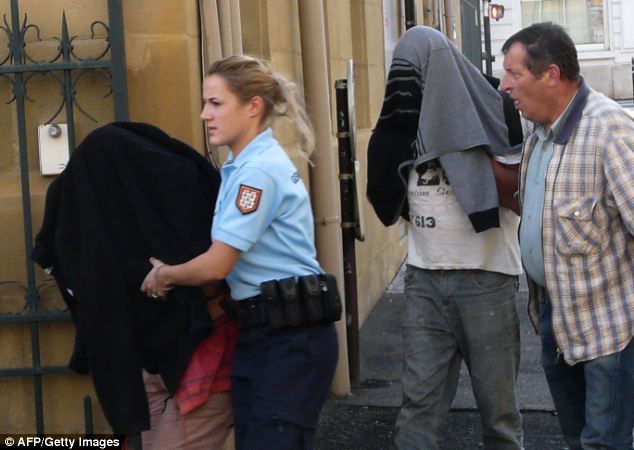 Found feverish and naked: The parents of a baby girl found close to death in the boot of her mother’s car in France are escorted to court where they face up to 10 years jail

Prosecutor Jean-Pierre Laffite said yesterday that it ‘defied imagination’ that the baby was forced to live in the car boot undetected after the 45-year-old mother woman kept the baby’s existence a secret, even from her husband.

Mr Laffite said the baby’s condition had stabilised but that she was ‘seriously retarded’.

Both the mother and father face a maximum of ten years in prison.

Garage workers were only made aware of the little girl when they heard ‘strange noises that sounded like moans’ coming from the boot of the mother’s Peugeot 307, according to The Telegraph. Insisting on opening the boot despite the woman’s protests they were horrified with what they found.

Guillaume Iguacel, one of the mechanics who made the horrible discovery, said: ‘I’m still having trouble sleeping.

‘It was a horrifying sight, seeing this little girl in her own excrement, not able to hold up her head, white as a sheet.’ 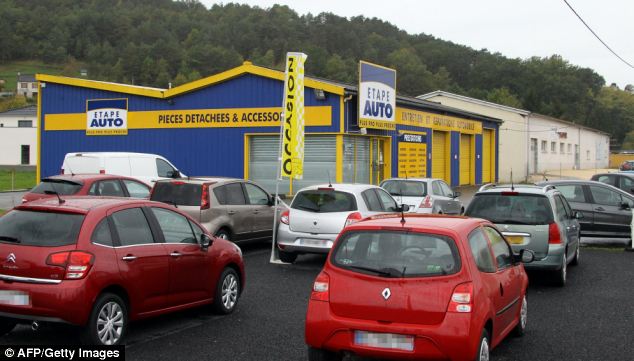 Mechanic’s shock: The baby was found in her own excrement in the foul-smelling boot of the family car at this garage after mechanics heard ‘strange noises that sounded like moans’ and is thought to have been hidden for up to two yearsThe Portuguese couple are being investigated for depriving the child of care and food, inflicting habitual voluntary violence on a child under 15-years-old and concealing her existence.

Prosecutors said last night that the woman’s claim that the baby’s father, a 40-year-old unemployed builder, was unaware of the baby’s existence was ‘one of several points being checked out by investigators’.

The couple were released under strict bail conditions and their names have not been released to protect the identity of their three other children, a girl aged 4 and two boys, 9 and 10. The children are currently being cared for by Correze social workers. The couple are prohibited from entering their house pending further investigations by police. 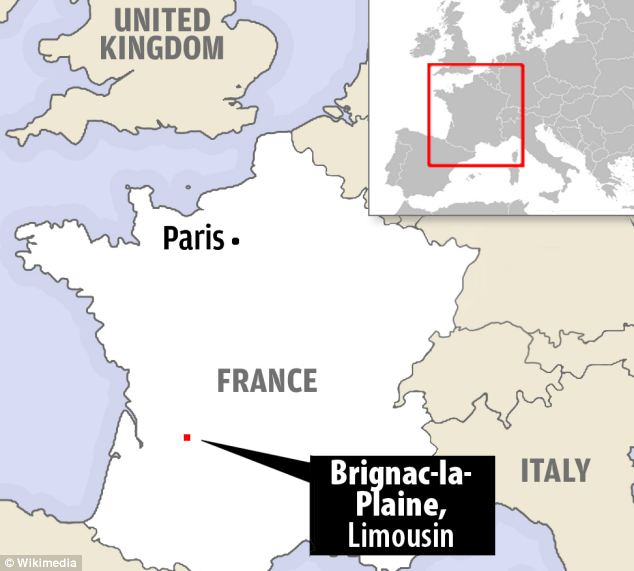 Hid baby’s existence: Neighbours of the baby’s parents, from French village Birgnac-la-Plaine (pictured), were shocked to learn the shocking news, one saying ‘there was never any trace of a baby’

Firemen who spoke to La Montagne newspaper said that the infant ‘was at stake within a time frame of 15 minutes’ when she was discovered. 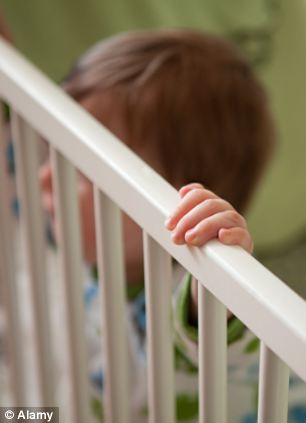 ‘We never noticed’: One villager said that the couple seemed normal while another said the woman spent a lot of time out at her car (file photo)

A juvenile judge will make a ruling in the next few days on the future of the couple’s four children and whether the two eldest, the boys, can be returned to their parents.

Neighbours of the couple were incredulous at news of the discovery.

One villager said: ‘They are people like any others and not dirty.

‘I went to their house several times and there was never any trace of a baby.

‘We never noticed that she was pregnant.’

Another neighbour, Pascale, told Le Parisien: ‘We had the impression that this woman lived in her car. She never left it.

‘I recall seeing her several times a week with her car parked in a little lot about 200 metres from her house but we couldn’t see what she was doing in the boot.

‘We never heard a single cry, never saw a bottle or a pushchair.’

The couple’s three other children had attended the local school and appeared normal.

According to Sud Ouest newspaper, it was said that the mother had given birth to the baby in a corridor at the couple’s house aided by a neighbour.

The man was allegedly drunk when he was arrested on Friday night and could only be questioned on Saturday after spending a night in a cell to sober up.