Jailed for life: Mother-of-two who sent hitmen to murder her playboy ex-lover in bitter rage (PICTURED)

An embittered blonde who had her playboy ex-lover murdered by a team of hitmen after she hatched a revenge plan to steal his secret stash of cash has been jailed.

Maureen Smith, 38, of Toxteth, Liverpool, had vowed to get her own back on businessman David Corridon, 32, after they split up over his flings with a string of other women.

The mother-of-two recruited a gang of three men to break into Corridon’s home to steal a £35,000 haul of money he kept hidden in his loft – then split the cash with them. 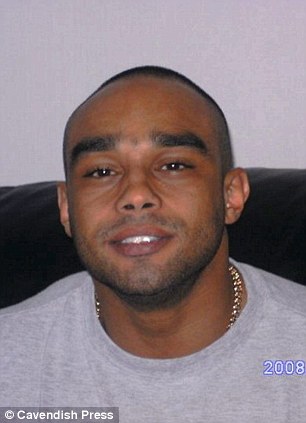 Guilty: Maureen Smith, who hired three men to steal from ex-boyfriend David Corridon, who was stabbed to death when the trio raided his home in Liverpool

But the bungled raid turned to tragedy when the gang stabbed the victim six times with a knife and screwdriver during a violent confrontation when they discovered he was at home.

Corridon suffered fatal wounds which pierced both his lungs and died at the scene within minutes.

On the day of the killing itself on February 27 last year, Smith found a TV had been taken from her parents’ caravan and she blamed Corridon for its disappearance.

She called him a ‘robbing c***’ via text and added: ‘Watch yourself’. He replied: ‘Y whos cummin?’ and ‘How much did you pay them?’

Police who investigated the killing found Maureen had sent fitness fanatic Corridon several menacing texts in the run up to the tragedy saying: ‘Tell your bird if anything happens to this house or me and the kids I will kill you and her.’

In others she said: ‘I’ll never forgive you for this. I will tell my baby you are dead.’

Today Smith was jailed for 23 years and her sister Kelly was ordered to serve a minimum of 22 years after both were convicted of murder, conspiracy to rob and burglary after a two-month trial. 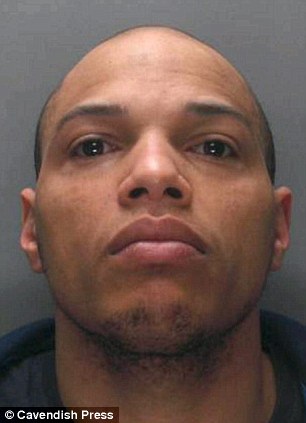 Kelly Smith, sister of Maureen Smith, and Tyrone Griffiths were also convicted of murder and conspiracy to rob 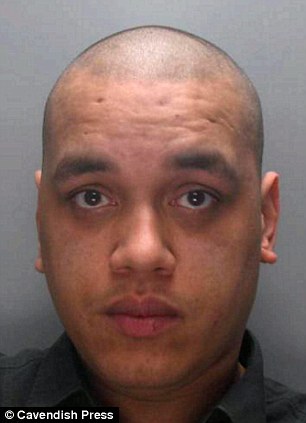 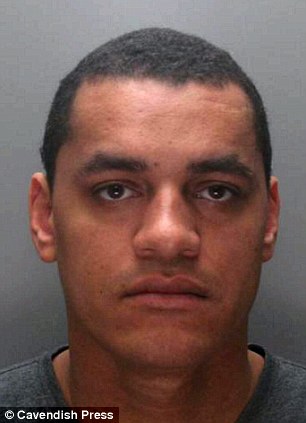 Crime: Nicholas Nelson (left) and Willis Nelson (right) were members of the gang who were behind the fatal stabbing of David Corridon

Tyrone Griffiths, 34, was convicted of murder, conspiracy to rob and burglary along with Nicholas Nelson, 30, and Nelson’s brother Willis Nelson, 31. Each got life with a minimum of 28 years.

He said: ‘This was a tragic and senseless loss of life which has had a catastrophic impact on the lives of many other people.

‘David Corridon was a loving, caring and devoted father and I find it incomprehensible that you could have even dreamt of planning this to someone who had done so much to help you.

‘You believed he was seeing other women behind your back and became obsessive. You probably couldn’t accept the relationship was over.

‘I accept that you still loved him and nursed the hope he would come back but the line between love and hate can be a fine one.

‘I accept that you are racked with remorse for what you did although some of the remorse that you have displayed I have no doubt a feeling that it is sorrow for yourself.’ 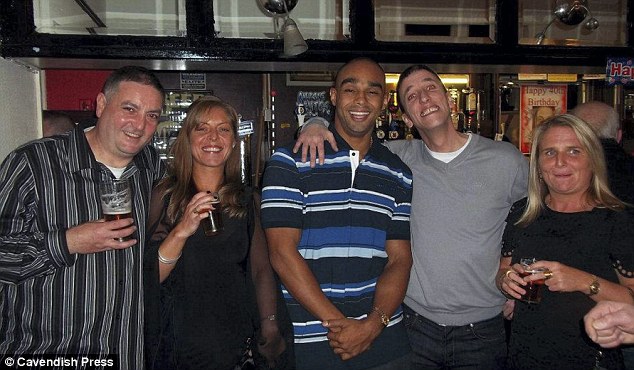 Liverpool Crown Court was told Corridon and Maureen had been dating for 14 years and she affectionately nicknamed him ‘Jelly Tots’ but they split up in November 2011 due to a string of arguments about his womanising.

Corridon, a motocross enthusiast who ran a removals and house clearance business, moved out of the family home in Toxteth in Liverpool and went to live in his mother’s house in nearby Norris Green.

Despite the split Maureen hoped to reconcile their romance and put a Valentine Day message in their local newspaper inviting him to a ‘rendezvous’.

But days later the ex-lovers had a huge bust up in the street after she was told he was dating a neighbour.

During the argument Maureen rammed his works van with her own car and threw a brick through the windscreen while kick boxer Corridon grabbed her by the the throat and tried to choke her.

She later sent him angry text messages about having been ‘strangled’ and ‘battered’ and he apologised saying he had ‘lost it’.

The court heard the plan was initially to rob the money while Corridon was doing a workout at his local gym but it ended in murder when the hitmen discovered he was at home.

But Brian Cummings QC told the court: ‘Maureen Smith wanted David Corridon not just to have his money taken from him but he be given a taste of his own medicine.

‘The telephone evidence, in particular some of the text messages, shows the level of hostility between them and also demonstrates Maureen Smith was expecting David Corridon to be confronted. 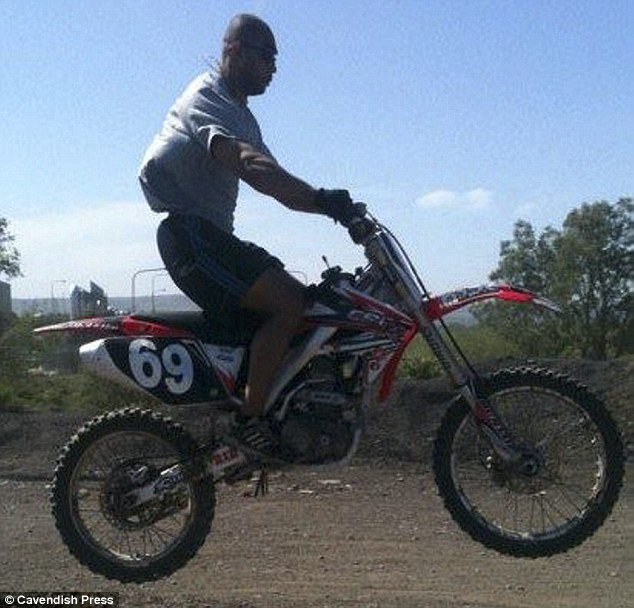 ‘It started as a conspiracy to rob. It ended in murder.’

Father of two Corridon was at his parents’ house when there was a knock at the front door and a man asked if ‘Joey’ was in. The caller and two other masked men then barged into the house and set about Corridon in the hallway.

One witness said one hitman who demanded to know the whereabouts of the money was overheard saying: ‘If you don’t do it I will’, while the victim responded: ‘I can’t breathe’.

Corridon was then dragged upstairs before being seen lying dead on the floor. A silver BMW 1 series was driven away from the scene and found burned out later that afternoon. Police also found £35,000 in the attic. 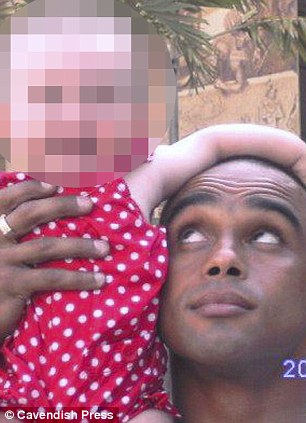 Officers arrested and charged the two sisters three weeks later but the following July, while they were awaiting trial, cards written by Maureen and Kelly were mysteriously found at Corridon’s grave by his family.

Maureen’s card read: ‘I think about you all the time. You are always on my mind. You are the love of my life. Things are not the same without you. I wish could send this card up to you.

‘My heart is hurting without you. Love you lots jelly tots.’

Kelly’s card said: ‘To my brother David. Happy birthday godfather. I miss you so much it kills me. I pray to you every morning and night. ‘I am so sorry for the way things turned out. I never wanted this to happen. You are always in my heart.’

Maureen initially made a statement to police saying she and Corridon were the ‘best of friends’. She added: ‘I was in a relationship with David Corridon for about 14 years.

‘Around November or December 2011 we separated due to numerous arguments we had begun having about my suspicions he was sleeping with other women.

‘When we met I had my son, who was still a baby, but David accepted him as his own and brought him up with me.

‘I would say David and I had a good relationship and we were the best of friends. Our relationship was not violent.’

In court she admitted planning to steal the cash but denied murder. She confessed: ‘I just wanted the money to be stolen so I would get David back.

‘I told them to mess the whole house up so it didn’t look like they were just going straight to the loft.

‘He might have thought it had something to do with me then.’

After the case Corridon’s father, also called David, said: ‘David was a young, fit, healthy man, who was taken from us in the prime of his life.

‘He was mild-mannered, sincere and a devoted father, big brother and son – he was everybody’s friend.

‘Greed played a major role in this case and we have been shocked, appalled and devastated by the events.

‘However, the total lack of remorse and common decency from the defendants and some of their family members has hurt us the most.

‘Not only did these people murder David, but they also assassinated his character.’