…And Jim Iyke also joins politics (BUT for an unusual reason)

Yes you heard that right, Jim Iyke has joined the league of entertainers who have embraced politics

In his own case however, he isn’t contesting for a political post.

The Nollywood actor who knows how to create and put an end to his own controversies, is now a member of newly registered Young Democratic Party and he has been appointed as its Director General in the Diaspora. 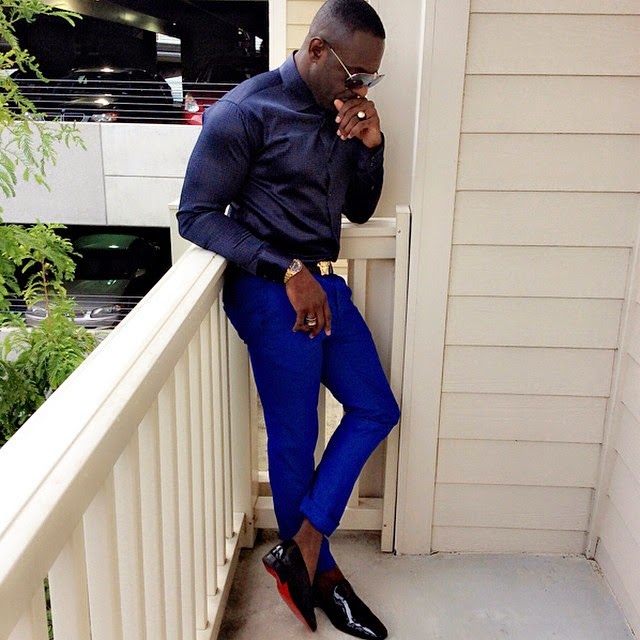 Explaining that the vision of the party is to empower and promote Nigerian youths within and outside the shore of the country, Jim in an interview with Daily Independent,  said thus:

“We just want to say enough is enough. It is time power and our policies shift hands to fresher minds, to stronger fortes, to people that are ready to move with the momentum of time, tide and changes. But it cannot be conceivable if you are saddled in that position for over two decades? How can you grow? How can you go with the tide of time? Biologically too, time will catch up with you because you are growing old in that position.(continue)….

“Look at advanced countries of the world, and take a close look at people that have moved forward, these are people who have put things in place so that changes will be constant. Refreshment of minds, ideas, psychology, idiosyncrasies will be constant except for Nigeria.
“The same circle of people that governed us 20 years ago are the same people who are still ruling us, what are they still doing there? So many of them are in their 80s, grandfathers by all rights! Are they not tired? Suffering and smiling has become our motto, our slogan”,

“There are black men of strong background and strong voice abroad. We have them everywhere. There is a rippling effect, that whatsoever resonates here touches the whole world. This is the strongest economy, the most populous black nation in the world. You cannot say that what we are doing concerns Nigerians alone. It concerns Africa, in the weight of what we are doing, we are carrying everybody along.
“We are not saying that this is a revolution or we are here to manipulate anybody, no. It is an open and closed book. This change may not happen in this era but it is a right step in the right direction at least there is a voice which hitherto was none existence. There is a platform where you can air your grievances. It is a truthful and open platform.”