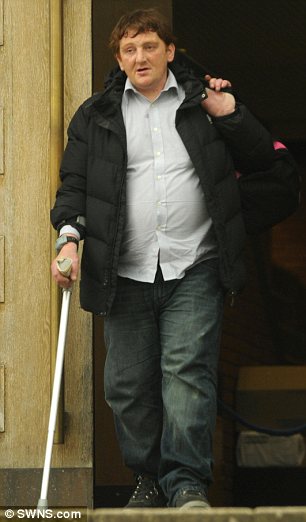 A toothless man has been sentenced to seven years in prison for biting his neighbour’s penis during an argument over loud music.

Jason Martin injured Richard Henderson after receiving a text from his former friend asking him to turn down the volume on his Xbox game console.

The pair fought outside their block of flats in Dover, and Martin bit through Henderson’s pyjamas ‘like a sandwich’, causing him to be taken to hospital for emergency surgery.

Martin, 41, was last month convicted of wounding with intent by a jury at Canterbury Crown Court.

Now judge Adele Williams has given him a seven-year jail sentence, plus another year for dangerous driving, telling him that Henderson, 39, had ‘never felt such excruciating pain like that before in his life’.

She said: ‘These were horrendous injuries but you have shown not one flicker of remorse – in fact, you regard yourself as the victim.

‘I have no doubt that when you lost your temper on this occasion, you were determined to inflict as much pain and injury upon your victim as possible.

‘You also set out to humiliate him by taking hold of his penis and testicles and gnawing at them.’

Martin had strenuously denied the charges and said: ‘The thought of putting a man’s penis in my mouth. Well, it’s not for me. Not in a million years would I do it.’

He only admitted to grabbing Mr Henderson’s ‘bits and bobs’ as he tried to defend himself during the scuffle. 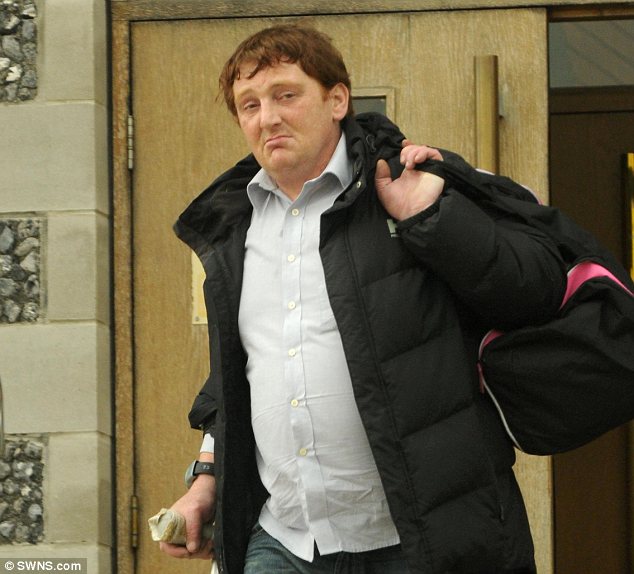 Mary Jacobson, prosecuting, told the court how Martin received a text from Mr Henderson’s partner, Michelle Hilton, about how loud the music was on his Xbox.

The pair then had an argument and when Mr Henderson made a jibe about Martin’s alleged drug abuse, a fight broke out.

The defendant claimed he was punched first and then held in a headlock before being kicked.

Mr Henderson, who was wearing pyjamas during the attack, was left covered in blood and was taken to hospital where surgeons had to stitch his penis.

He was asked about the experience and said: ‘My willy was not attached to the rest of my body. I have never experienced that kind of pain to this day and I don’t want to experience it ever again.’

Scene: The fight broke out on Folkestone Road in Dover, Kent, where the men both live

The court heard how Martin still had blood around his mouth when police interviewed him, but the defendant claimed it was from a ‘fat lip’ he received from a punch.

He told the jury: ‘I have only got a couple of teeth in the lower part of my mouth. I can’t even bite into a hard-boiled egg.

‘I am not homosexual and there is no way I would put a man’s penis in my mouth. Even the thought of it makes me sick.’

He was asked to show the jury his lack of teeth, saying he had dentures but only used them ‘for cosmetic reasons’.