Miracle babies: Couple who underwent IVF discovered they had conceived triplets NATURALLY at the same time

A couple are celebrating after welcoming their ‘miracle triplets’ into the world – conceived naturally at the same time as they underwent IVF treatment.

Marie Mellor and her partner Marc Hutchinson had been trying for a family for eight years without any joy. 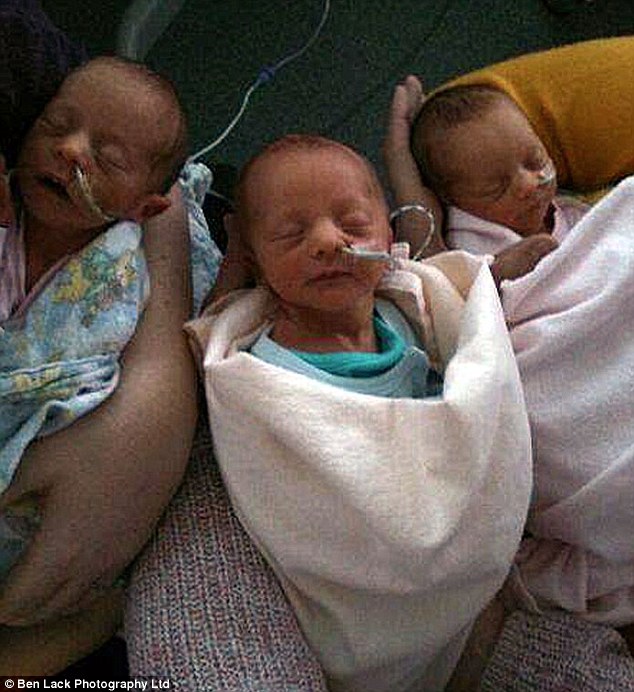 Marie Mellor and her Marc Hutchinson had been trying for a family for eight years without any joy – only to conceive triplets Olly Jack, Freya Carole and Ava Noelle, naturally whilst having IVF 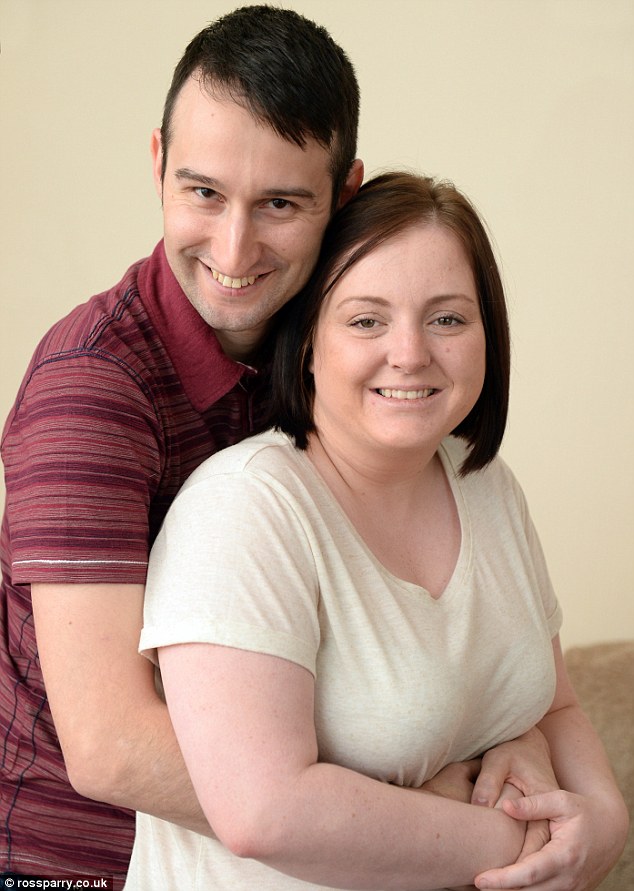 Doctors believe Ms Mellor, who was born with spina bifida, became pregnant naturally at the same time as having IVF treatment – despite her fallopian tubes being blocked

After a pregnancy test came back positive, the couple eagerly awaited the scan – only to discover three healthy babies.

Ms Mellor, from Cudwoth, Barnsley said: ‘I was speechless. Marc just burst out laughing and said “we are going to need a bigger car”.

‘I kept saying how can I be having three babies when they only implanted one embryo, it is just impossible.

‘At first I thought it must have been one embryo that split into three but the babies are different sexes and not identical so doctors said they must have come from three different embryos.’

Triplets Olly Jack, Freya Carole and Ava Noelle  – who were due on Christmas Day – were all born after Marie went into labour eight weeks early and underwent an emergency Caesarean section.

Ms Mellor, 29, and Mr Hutchinson, 30, an administrator, were due to get married last month but the multiple pregnancy caused the new mother to to gain so much weight it has been postponed until next year. 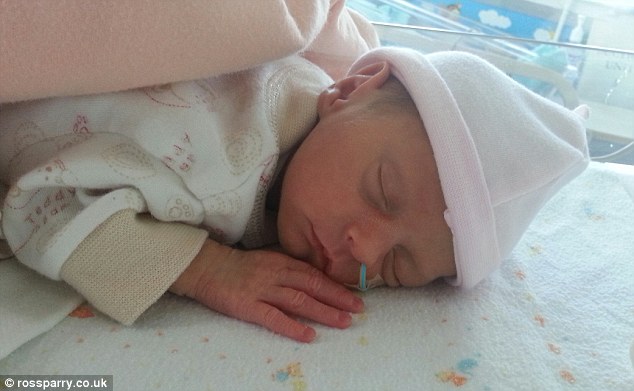 Baby Ava who weighed 3lbs 6ozs when she was born. She remains in an incubator at Barnsley district hospital’s neo-natal intensive care unit 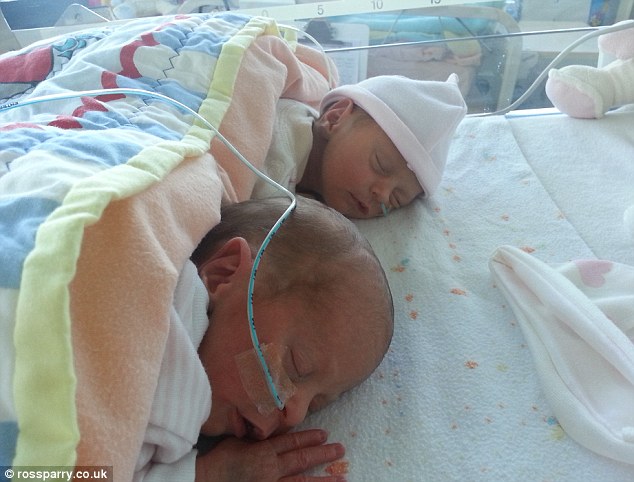 Ava and Freya – who is also still in the neo-natal intensive care unit. The babies were due on Christmas Day – but were all born after Ms Mellor went into labour eight weeks early and underwent an emergency Caesarean section 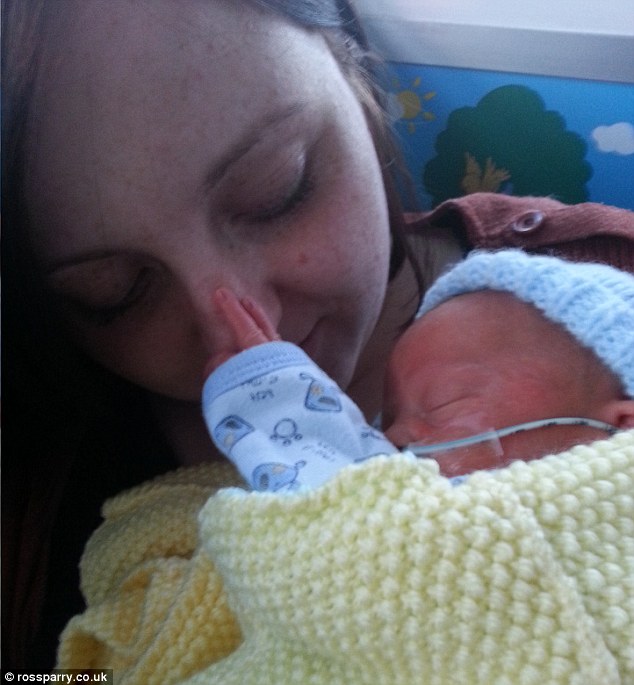 Baby Olly – born at 3 lbs 3ozs, and is already out of his incubator – reaches out for his mother’s nose

She added: ‘They are my miracle babies.

‘This time last year I daren’t even dream of having one baby and now I have got three.’

The babies were born at Sheffield’s Jessop Hospital then transferred to Barnsley District Hospital where they are all now doing well.

Olly – born at 3 lbs 3ozs, is already out of his incubator.

But Ava who weighed 3lbs 6ozs and Freya who came in at 3lbs, are still being kept in the machine, and are being cared for by staff in the hospital’s neo-natal intensive care unit.

Ms Mellor said: ‘It is a miracle that after all these years of trying I have actually had three children, two of whom were not created by IVF. We are going to have our hands fll but we couldn’t be happier.’