A man accused of being a spy for the United States of America has been shot dead by Al Qaeda militants in Yemen.

The unidentified man was executed by a firing squad and his body was hung on a football goal post to serve as a warning to other spies.

The victim was said to have placed micro chips in the homes of sect members with the aim of guiding US missiles to them.

Security officials say the man was killed on Thursday by a militant firing squad and his body was tied to the goal for public display by the militants. 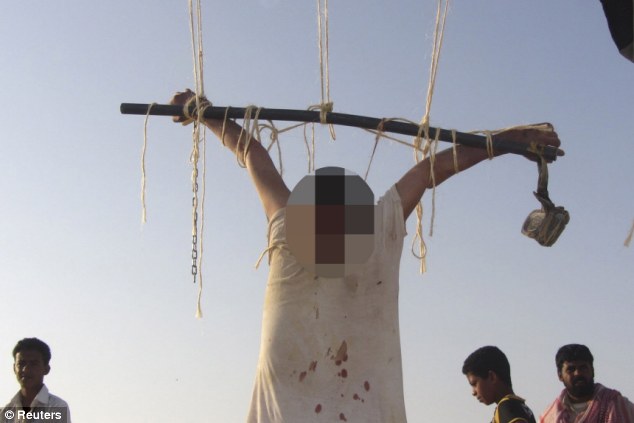 Shocking: The dead man was accused of spying and as punishment for the alleged crimes, was shot in the head by Al-Qaeda militants and strung to the goal as a ‘warning’

An Al Qaeda flier distributed to residents said the execution was in ‘retribution’ for anyone who deals with Americans.

The flier claims the man had been placing microchips in cars and safe houses used by al Qaeda members to guide missiles fired by U.S. drones.

The area is unstable, with government forces and militant rebel groups, with al Qaeda just one, are clashing on a regular basis. 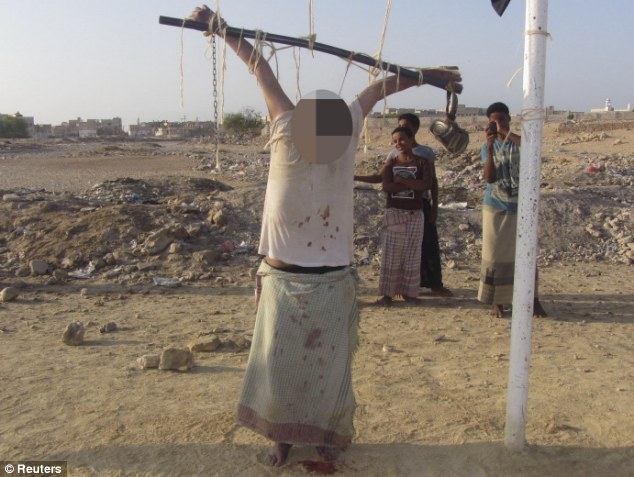 The unidentified man was accused of placing microchips in al-Qaeda members’ cars and safe houses to guide missiles fired by U.S. drones 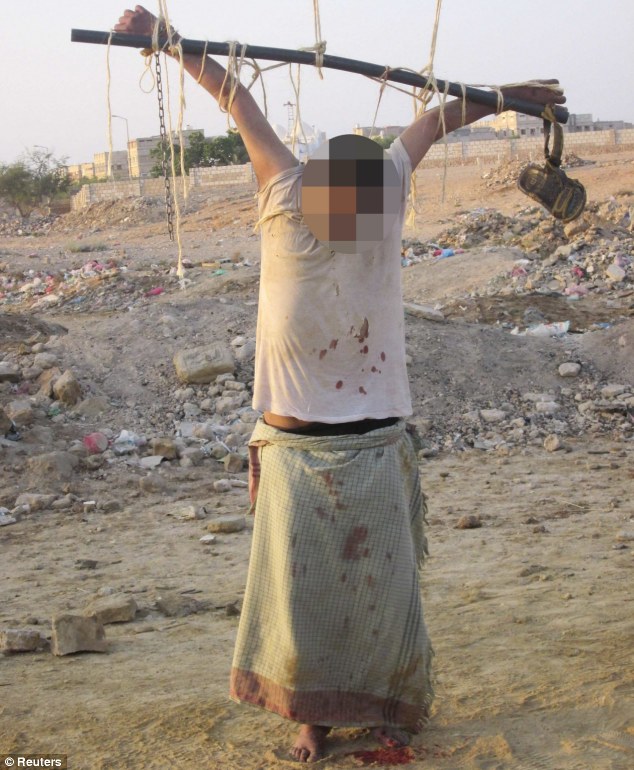 An al-Qaeda flier distributed to residents said the execution was in ‘retribution’ for anyone who deals with the Americans.