No Breezy: Rihanna gets some fun time with her brother, Rajad (PHOTOS)

She recently split from Chris Brown and like many others going through a break-up, it seems there is nothing Rihanna wants more than the comfort of her family.

On Thursday the singer spent some quality time in New York with her new main man, 15-year-old brother Rajad.

The star was seen placing a protective hand on Rajad’s back as they made their way from her hotel and into an awaiting car. 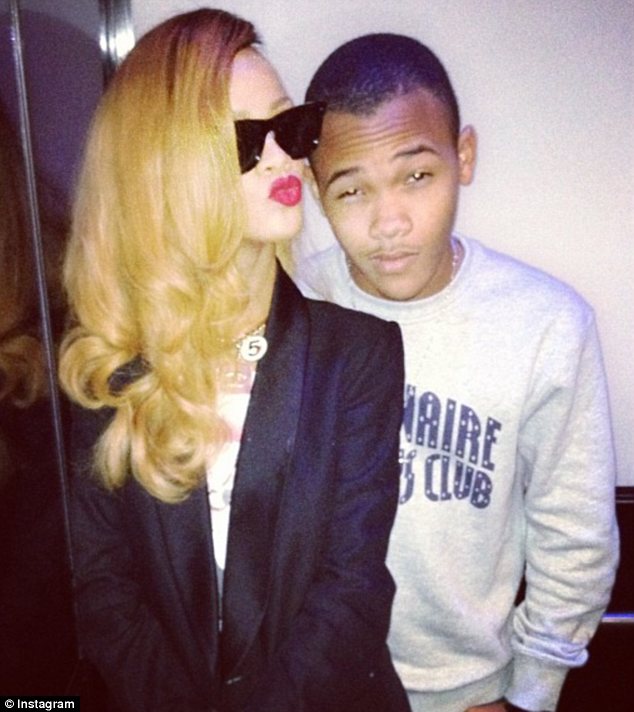 Rihanna has just been voted number three on Maxim’s Hot 100 list, so understandably she wanted to show her former flame what he’s missing.

And she did so by wriggling into a pair of teeny tiny Daisy Dukes which showcased her long and slender legs.

The 25-year-old teamed the miniscule denim shorts with two-tone flats and a printed T-shirt under a black blazer. 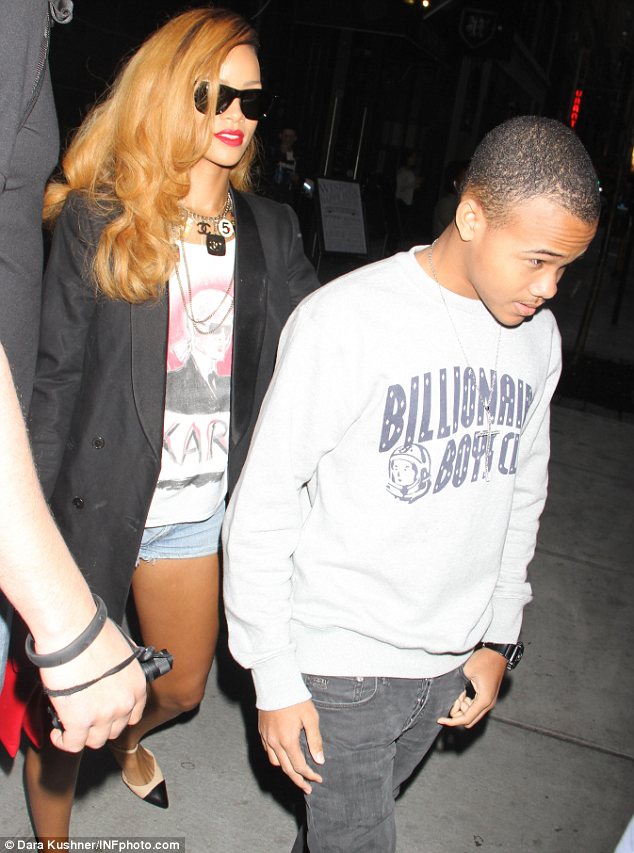 Double act: The siblings were seen leaving the singer’s hotel and stepping into an awaiting car 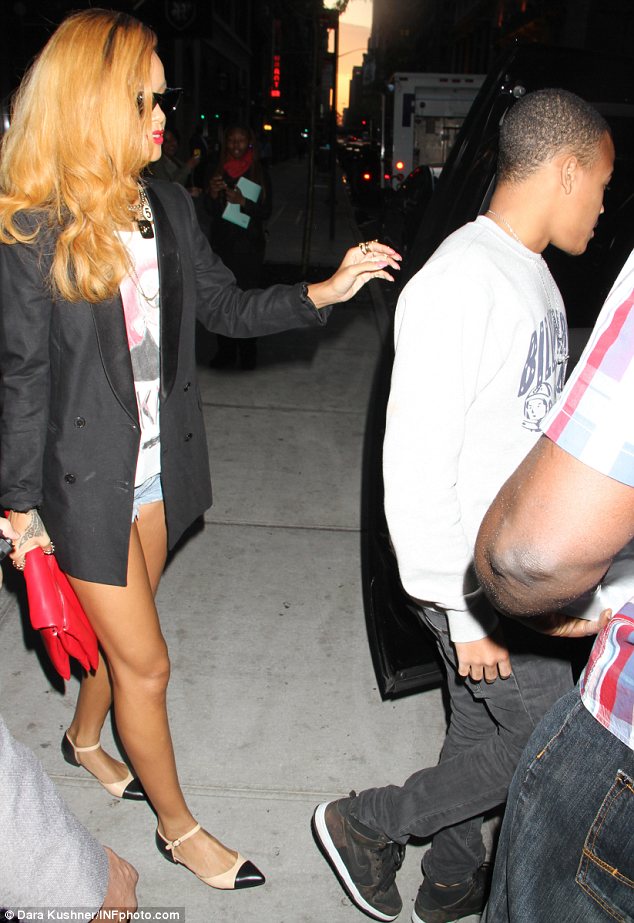 Protective: Rihanna placed a hand on her 15-year-old brother’s back as they headed out for the evening

Are you looking, Chris?: The star showed former flame Chris Brown what he is missing as she showed off her legs in Daisy Dukes

The top revealed Rihanna’s love for Karl Lagerfeld as it was adorned with an illustration of the Chanel designer.

Rihanna completed her look with a Chanel charm necklace, dark glasses and her signature red lipstick.

She had spent the afternoon enjoying the fresh air and posting photos of herself posing on a paved terrace to her Instagram page. 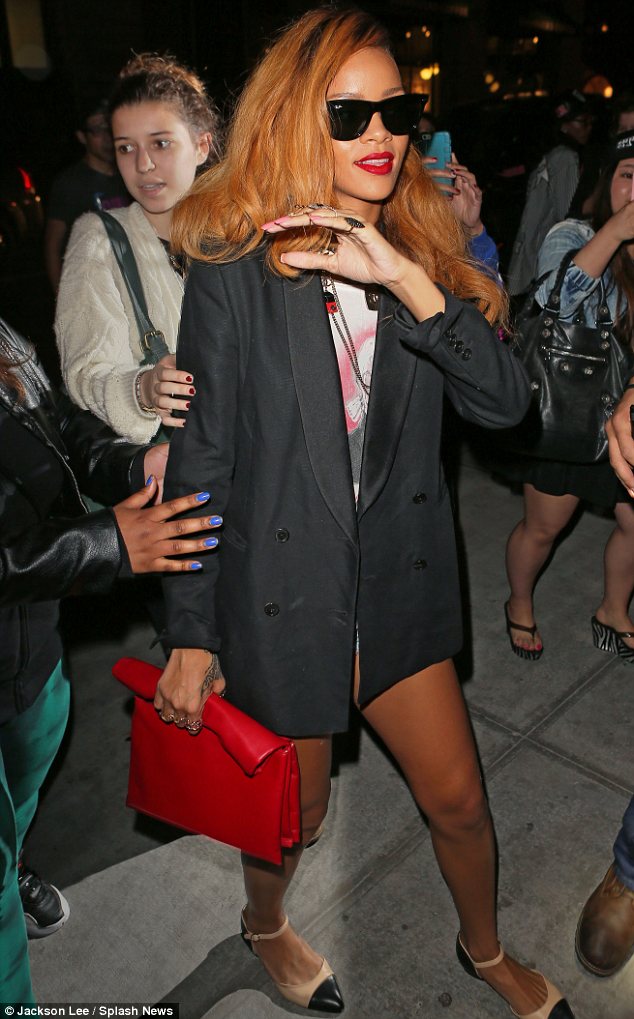 Scarlet woman: Rihanna was sporting her signature red lipstick and matched it to her soft leather clutch bag 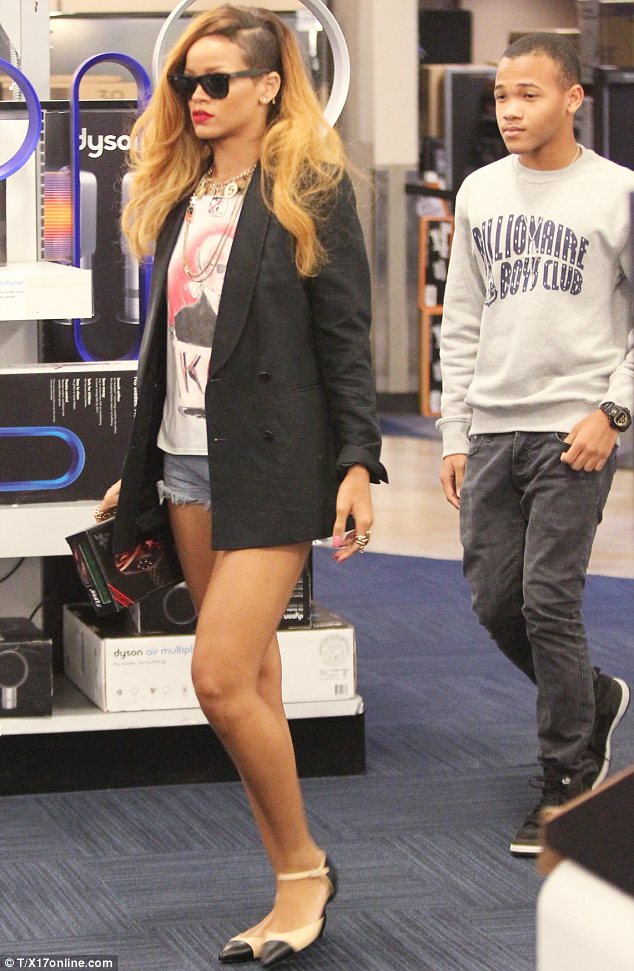 Casual outing: Rihanna and Rajad shopped at Best Buy, where the 25-year-old picked up a Razer Naga Gaming Mouse worth around $90 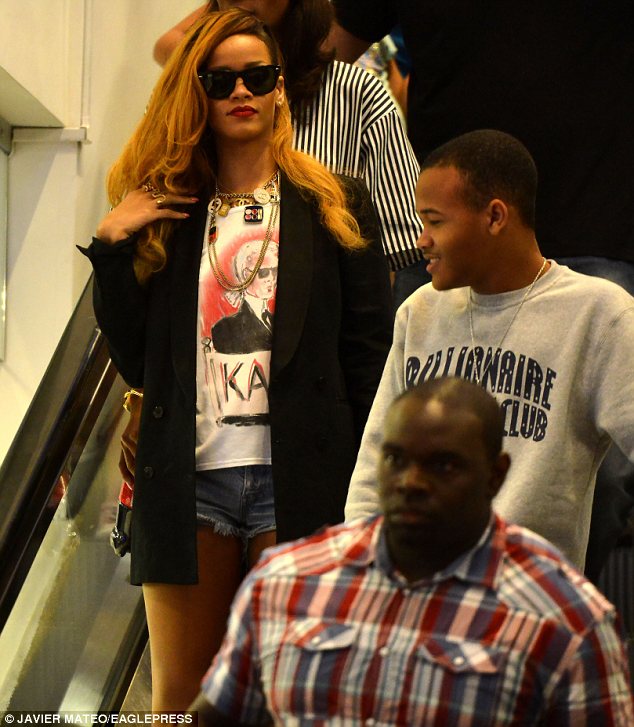 Retail therapy: Rihanna distracted herself from her split with a long shopping session 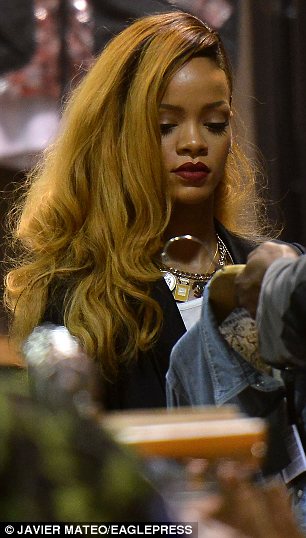 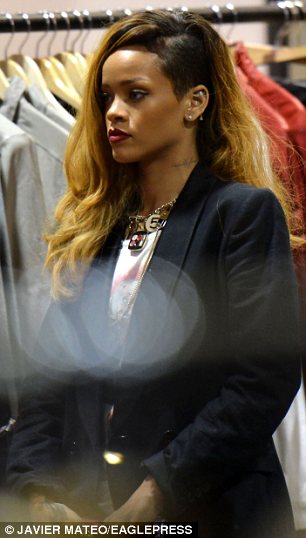 Check it out: Rihanna and Rajad spent a long time at a store in Broadway checking out the clothes

Presumably the snapshots had been taken by Rajad, who is the youngest of Rihanna’s two brothers, before they headed out for the evening together.

Rihanna and Chris are believed to have parted ways last month, and the rapper instead spent his birthday celebrations last weekend partying with ex-girlfriend Karreuche Tran.

Chris made some comments about the break-up during an interview on the Kyle and Jackie O radio show last week.

‘I’m always going to love that person … [but] I can’t be focused on wife-ing someone that young — I need to step forward and be a man and be the best Chris Brown I can be,’ he said. 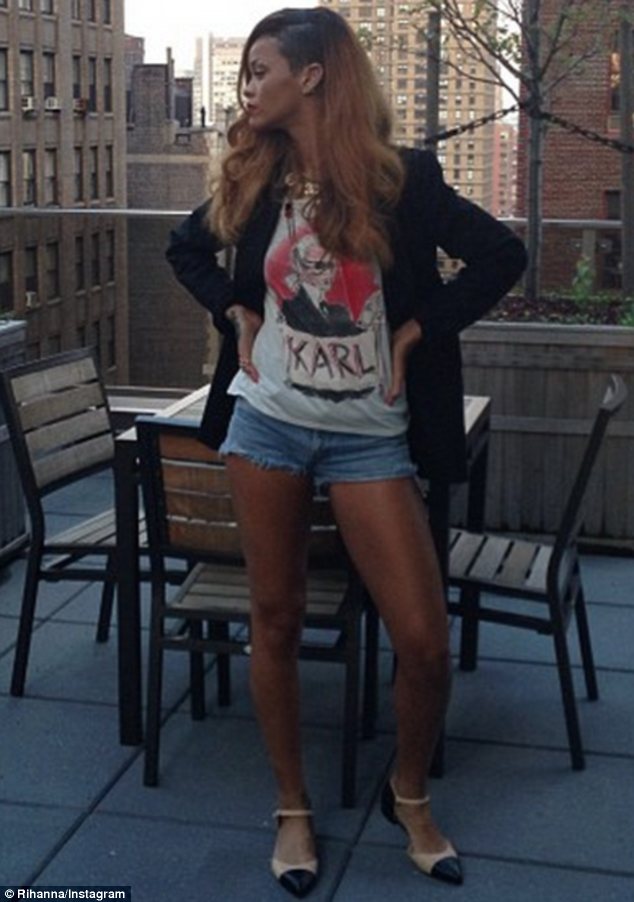 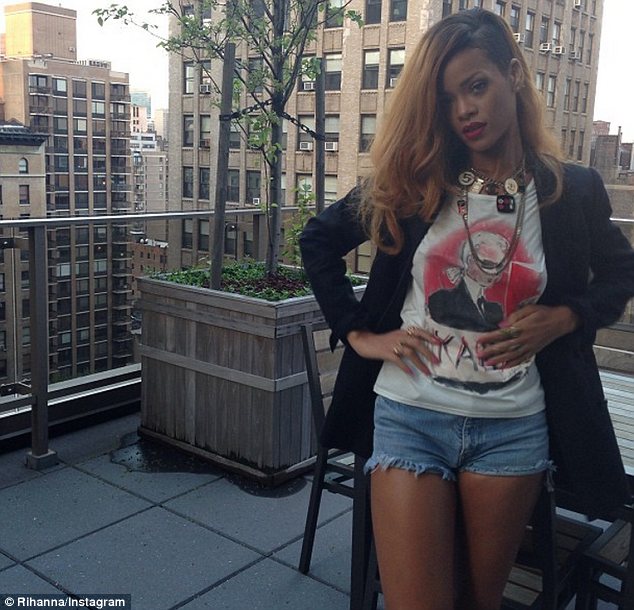 Self love: Rihanna posted photos of herself posing on a terrace, which were presumably taken by Rajad, to her Instagram page during the afternoon 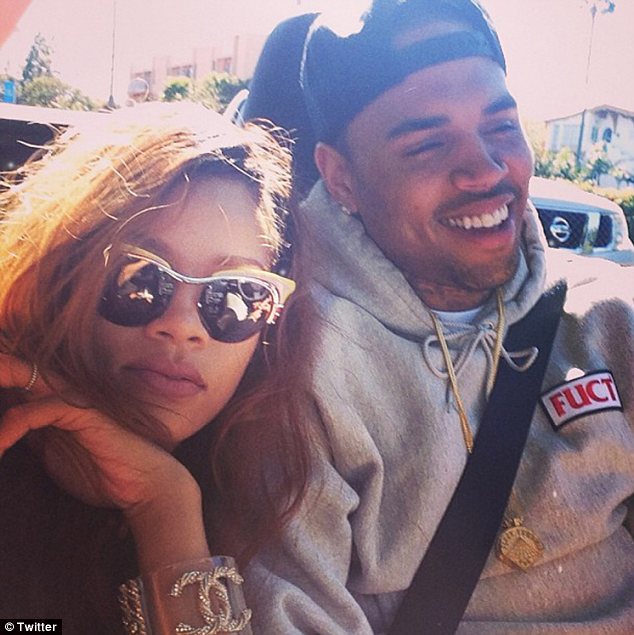 It’s over: It’s believed that Rihanna and Chris called time on their on/off relationship last month