‘No place for prudes’: Baker accused of sexual harassment after showing penis-shaped cake to female assistants 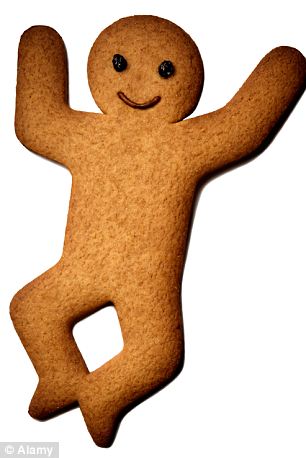 A owner of a bakery was sued by two female workers for showing them gingerbread biscuits shaped like erect penises and topped with whipped cream.

They demanded €2,000 each from their boss, claiming the cookies, which were decorated with dollops of icing sugar to simulate ejaculate, were intended to sexually intimidate them.

But the baker, 47, from Salzburg, Austria, whose name has not been revealed, claimed he was simply showing the assistants a new product.

He said it was the type of confection popular at parties held before weddings, and he hoped to that the pair would promote to his shop’s customers

He may have got the idea for his phallic edibles from controversial U.S. pop star Miley Cyrus, who caused a stir when she bought her boyfriend an X-rated cake for his 22nd birthday last year.

Cyrus, then 19, gave Liam Hemsworth a giant penis-shaped cake at a party at Club Icon in Downtown Los Angeles – and then posed for photos pretending to lick and bite it.

But despite the acceptance of the luminaries of the U.S. music industry, the frauleins of Austria’s fourth largest city were unimpressed with their employer’s attempts to replicate the penis baked good.

But in comments quoted by the English-language Salzburg Times, he defended his actions.

‘These cakes are really popular with stag nights and hen nights and other similar events,’ he said.

‘These clients like our sexy products and they use them in their own lives as a bit of fun. It’s no place for prudes.’

Judges at Salzburg’s labour court later dropped the case after hearing the two women had accepted an out of court settlement.

The court also heard they have since been fired from their jobs. As for the cakes? ‘This item has gone on to become one of our very best sellers,’ the litigants’ erstwhile employer said.