Not for the faint-hearted: Rihanna twerks on water as fans express outrage over ‘obscene’ ‘Pour it Up’ video (PHOTOS)

Rihanna faced an extra- ordinary backlash last night after even her fans branded her  latest video ‘obscene’, ‘vile’ and ‘pornographic’.

Hundreds took to social networking sites to tell the singer that she should be ashamed of herself over the X-rated images in Pour It Up.

They questioned whether she was fit to be a role model to her millions of young and impressionable fans. 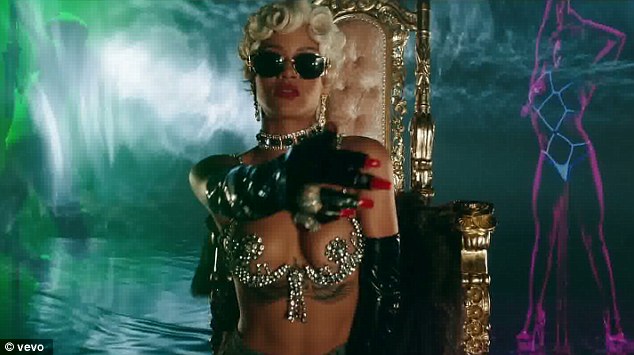 Raising the pole: Rihanna has released her video for Pour It Up which is not for the faint hearted 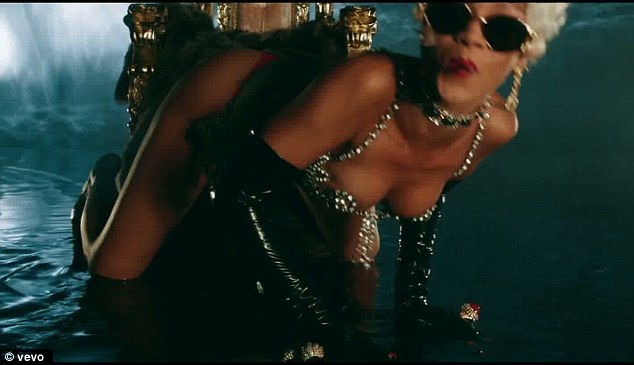 Nothing to the imagination: Rihanna sits upon a gold throne in the video pulling various racy positions

Campaigners also called for YouTube to ban the video, which has already been viewed more than nine million times since its release on Wednesday.

‘No matter how much people may talk about its artistic merit, it nonetheless objectifies and therefore demeans women by casting them in the mould of whore,’ she said.

‘Teenagers are impressionable; this video feeds them the same old ugly story of female enslavement, not emancipation or equality.

‘Parents should object and do their best to prevent their children from seeing it; even better would be for Rihanna herself to recognise the responsibility she has as a public figure to promote positive and healthy images of women, and to stop selling out, under cover of ‘art’, to commercial interests which demean women.’ 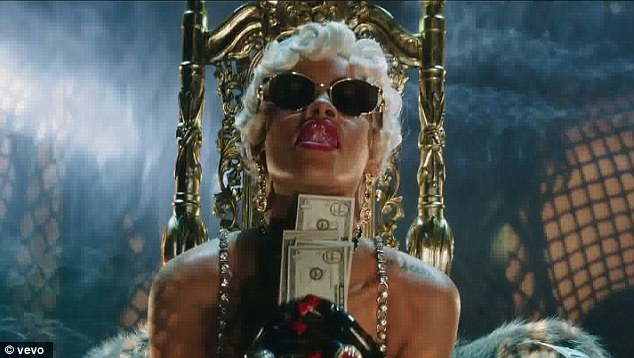 Dollar bills: Just as if she was in a strip club Rihanna is seem pawing lots of money

Skills: Rihanna seems keen to show off just how flexible she can be while sitting in one chair

The video was originally posted by Rihanna on Vevo, a video sharing site, but was banned due to its explicit content. The site has since reinstated it.

Rihanna spends most of the video dressed in nothing but a jewel-encrusted bikini and platformed stiletto heels. She sings about strip clubs, alcohol and money and is seen gyrating and sliding provocatively down a chair.

Miranda Suit, of Safermedia, a charity that campaigns against violence, sex and bad language in the media, said: ‘[Rihanna’s] crude, tasteless and explicit dancing, combined with the money-focused lyrics, are telling all her fans –  many of them still children – that it is good for women and girls to sell their body, and right for men and boys to see women purely as a sexual commodity.

‘Rihanna has sold out completely to the commercialisation and objectification of women’s bodies and their sexuality. And now she’s promoting it to girls and boys.’

She urged websites such as YouTube to stop such videos being seen, adding: ‘Parents want to know that their  children are going to be safe online. 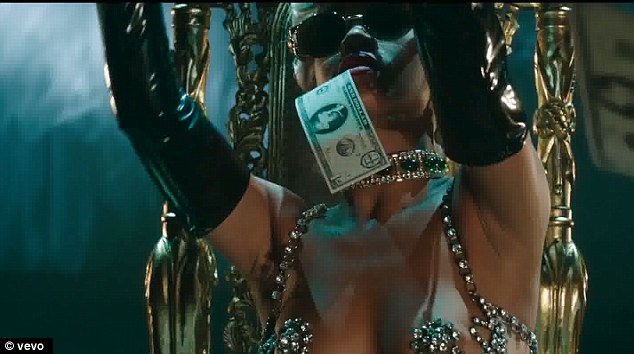 Gloomy: The video is shot in a dingy room with a shallow amount of water on the ground 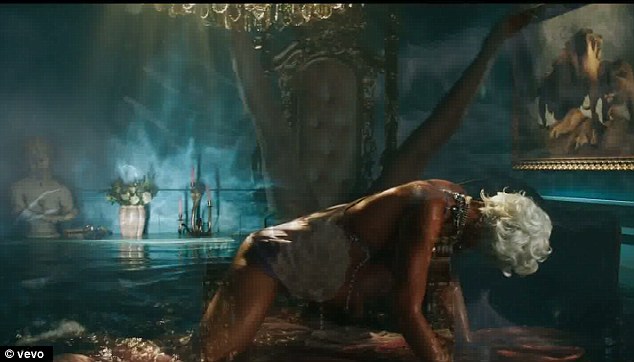 Eerie: The light used in the video creates a foreboding air to the feel of the song