Since rising to fame following her American Idol stint, she has mastered numerous facets of the entertainment industry.

So it’s no surprise that Jennifer Hudson was honoured with the Samsung Galaxy Impact Award on Friday at Variety’s 5th Annual Power Of Women event.

The 32-year-old singer and actress joined a selection of other impressively powerful women at the Beverly Wilshire Four Seasons Hotel in Los Angeles, where she was recognised for her philanthropic work with the Julian D. King Gift Foundation. 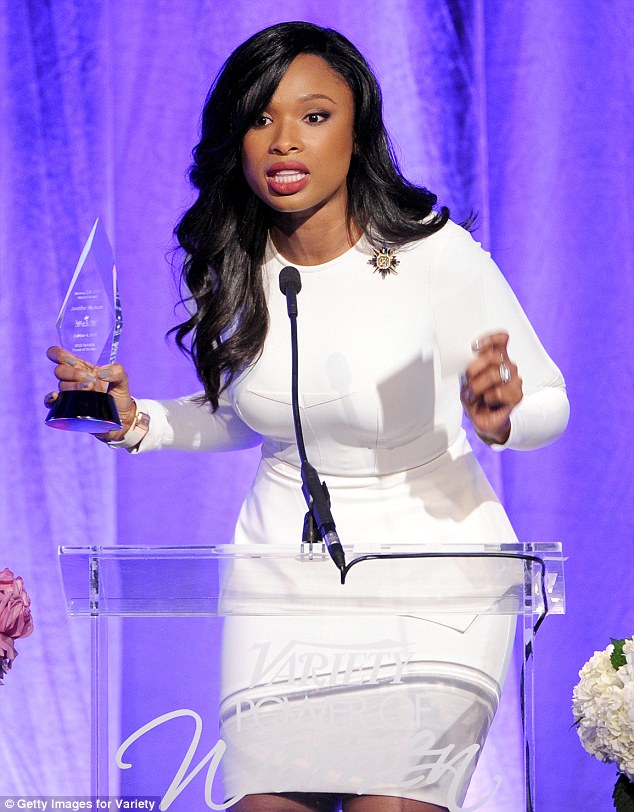 Powering through: Jennifer Hudson was honoured with the Samsung Impact Award at Variety’s Power Of Women event held at the Four Seasons hotel in Beverly Hills on Friday

Jennifer was drop dead gorgeous in a white form-fitting Yigal Azrouel dress, which showed off her toned legs but conservatively covered her arms.

She carried a chic Saint Laurent Paris handbag and wore classy black heels by the same label, and wore her dark tresses styled in neat curls.

The Dreamgirls star was presented with her award by Randy Jackson, who looked particularly excited about the whole ordeal when he went in for a sneaky kiss on the cheek.

She’s a knockout: The 32-year-old singer and actress was stunning in a white form-fitting dress 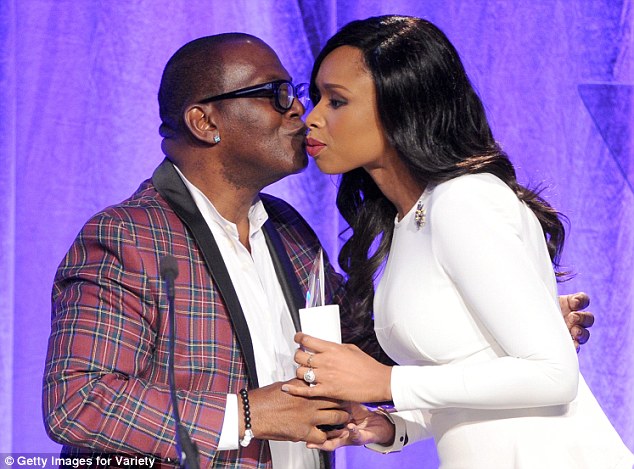 You’re welcome: Randy Jackson presented the Dreamgirls star with her award… and a sneaky kiss

It’s safe to say that Jennifer is inspiring in more ways than one, as she famously shed more than 80 pounds through Weight Watchers and is now a spokesperson for the weight loss brand.

Jennifer was certainly in good company at the event, with the likes of Elizabeth Banks, Amy Poehler, Charlize Theron, Kerry Washington, Amy Pascal and Nicole Kidman also being honoured with awards, while the evening’s festivities were hosted by Aisha Tyler.

The event is held annually to celebrate the philanthropic passions of industry leaders. 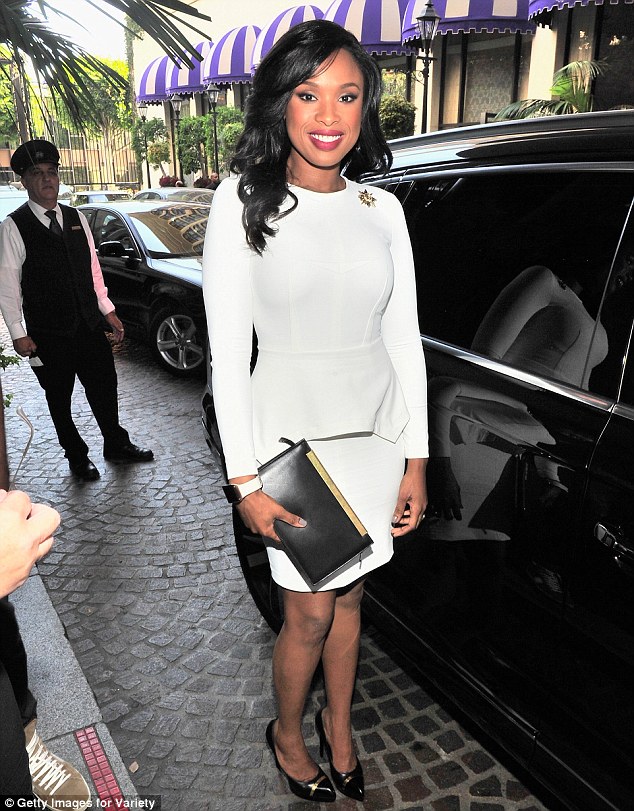 Luxury: The event took place at the luxurious Beverly Wilshire Four Seasons which is known for its prestig