Passenger, 32, falls from door of moving train and dies after he is hit by engine travelling on opposite track 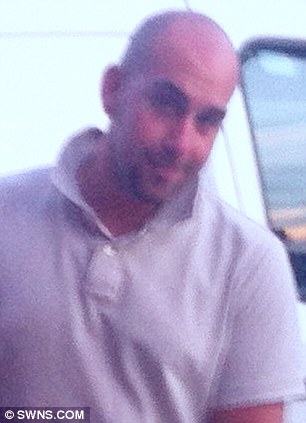 Alex Smith, 32, from Brighton, died after falling from the moving train and being hit by one travelling in the opposite direction

A passenger died after falling through the doors of a moving train.

Alex Smith, 32, from Brighton, plunged onto the track and was then hit by a train travelling in the opposite direction.

British Transport Police is investigating his death on the 11.19am Southern service between Brighton and London Victoria.

Other commuters who were on the same train said it is a ‘health and safety issue of some magnitude’.

The former hotel worker boarded the service at Brighton about 25 minutes before his death near Gatwick Airport on Monday.

One passenger said Mr Smith pulled the doors open himself and BTP said it was treating his death as ‘non suspicious’.

David Owen, who was on the train, said: ‘I did not see this myself but several other responsible-seeming passengers travelling on the train said that they saw a young man pull open the doors and fall or jump out of the train just before it reached Horley station.

‘This apparently occurred while the train was moving, and many of the stranded passengers I spoke with expressed astonishment that this is possible.

‘The death of this young man is tragic, but the “story”, I would suggest lies in the question of how and why it was possible for him to open the doors of the train while in motion.’

Other people discussed what happened on a rail forum.

One user suggested an emergency handle might have been used to open the door which Alex fell through. 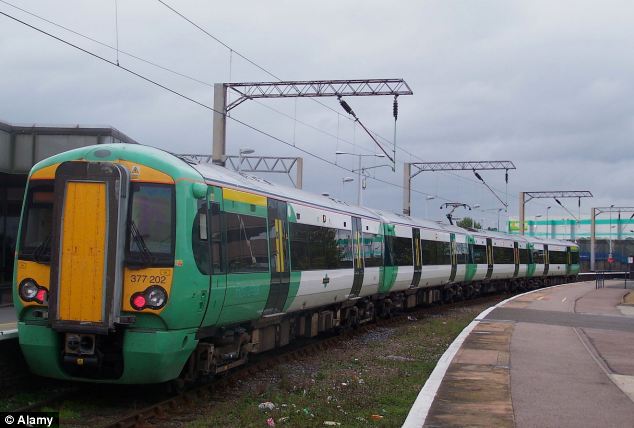 A second added: ‘I would have thought that modern non-slam door stock should have meant this wasn’t possible.’

A third said you could exit a moving train – but it would be ‘unusual’ and would require ‘immense strength’.

A BTP spokeswoman said: ‘The man was pronounced dead at the scene.

‘Enquiries are ongoing to establish the full circumstances of the incident, however it is believed the man fell from the train he was travelling on.’

A Southern spokesman said: ‘The train has been fully tested following the incident and the doors were found to be working as they should.’

Friends said Mr Smith was ‘great’ and had the ‘typical English sense of humour’.

Ornella Bureau, of Carcassonne, France, who worked at the same hotel as Mr Smith said he left his job ‘a few months ago’, adding: ‘We loved him a lot and will miss him a lot.

‘I feel terrible thinking of his mum who must be so depressed. I hope she’ll be okay because she is a great person with such a big heart and she does not deserve to lose her son.

‘She loves him so deeply.

Pal Mariusz Makarski said: ‘Alex was my work colleague and his death had really shaken up all members of our team.’