To forestall any further breakdown of law and order, more than 30 heavily armed police officials have reportedly taken over the national headquarters of the Peoples Democratic Party (PDP) in Abuja.

According to Punch, the policemen were sent to the PDP secretariat, on Sunday, to prevent the recently sacked national chairman of the party, Ali Modu-Sheriff, and some members of the sacked National Working Committee (NWC) from entering the building. 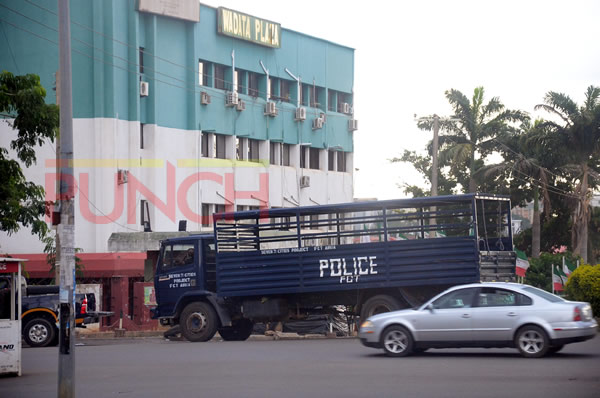 The police officials were reportedly led by an acting assistant superintendent of police.

The PDP is expected to hold an emergency meeting of his NWC at the secretariat today. Journalists were however prevented from gaining access into the building by the officials.