The Peoples Democratic Party (PDP), is set to hold its 75th National Executive Council (NEC), meeting and special non-elective National convention on Saturday the 11th and 12th of August, 2017.

In statements signed by its National Publicity Secretary, Dayo Adeyeye and Abdul Ningi said while the NEC meeting would hold on the 11th of August at the party’s Zonal Secretariat, Plot 1970 Michael Okpara Street, Wuse Zone 5, Abuja by 6:00 pm, its non-elective national convention would hold on 12th August 2017 at Eagle Square, Central Business District, Abuja by 10: am. 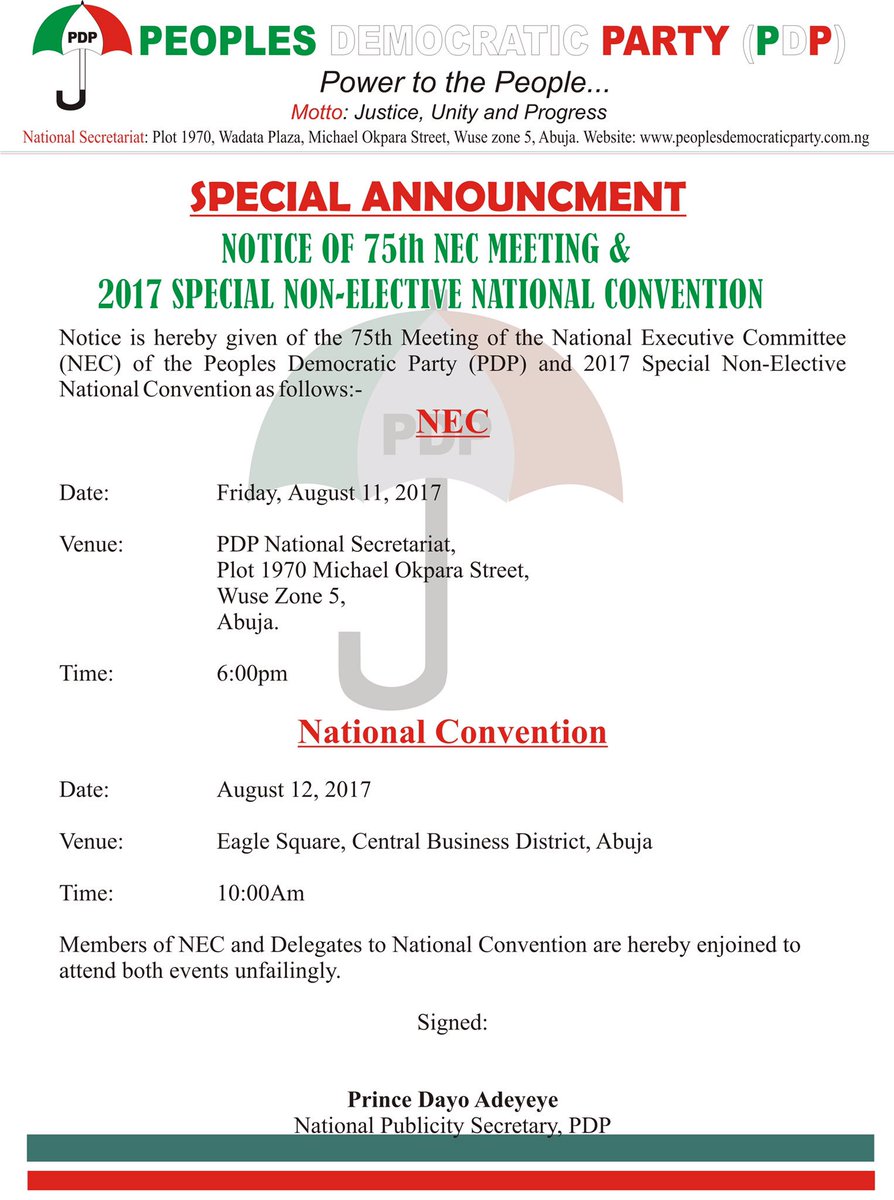