Revealed: Why the Kardashian clan has forgiven Lamar Odom after drug and cheating claims

It had been two months since Khloe Kardashian  kicked her husband Lamar Odom out of their Tarzana home for reportedly cheating  and going on a drug binge.

But the beauty decided to take him back –  they were spotted together on Monday at Kanye West’s LA Yeezus concert – and  with mom Kris Jenner’s consent. Now UsWeekly is shedding light on what went down  and why, surprisingly, hugs and ‘I love you’s have recently been  exchanged.

Still, Khloe has chosen to not let her  husband back in their $4m love nest… yet. 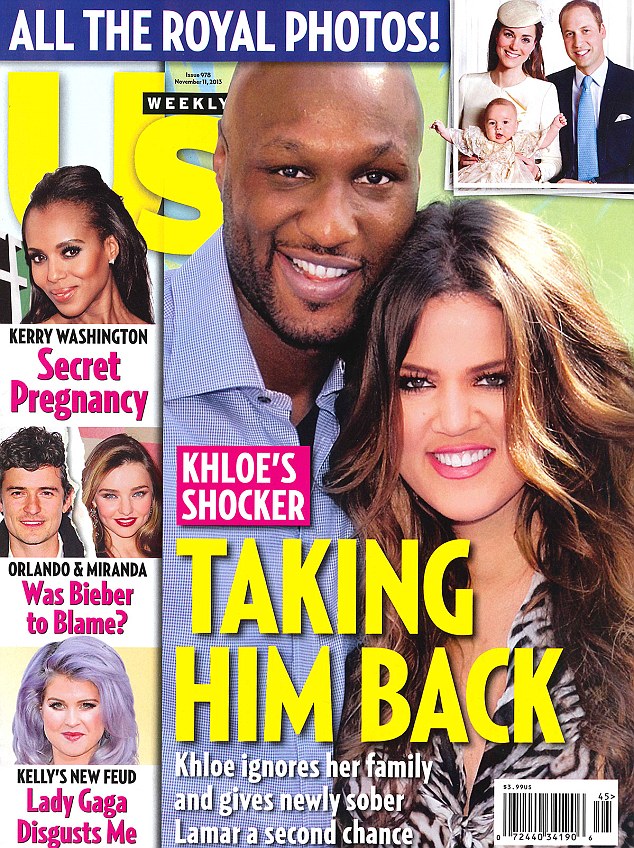 Second chance at love: Khloe Kardashian has taken Lamar  Odom back because ‘she loves him’ and mom Kris Jenner approves, according to the  new issue of UsWeekly 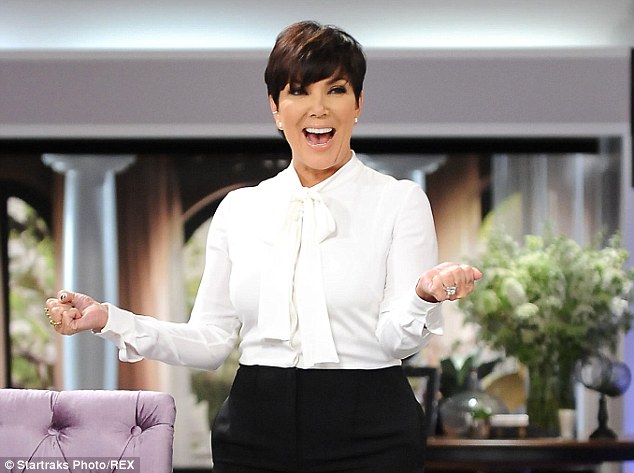 Mom said fine: The momager, on the set of her talk show  in August, reportedly told her son-in-law that he better never cheat  again

The reunion reportedly took place on October  8 when Lamar begged Khloe, 29, to take him back during a meeting at their  home.

He had been drug free for several days and  was hoping that would be enough for Khloe to have some faith in him, explains  writer Kevin O’Leary.

‘Lamar broke down and apologized deeply to  her,’ the magazine’s source says. ‘He got clean and that’s why she started  talking to him again. She was willing to give him a second chance.’ 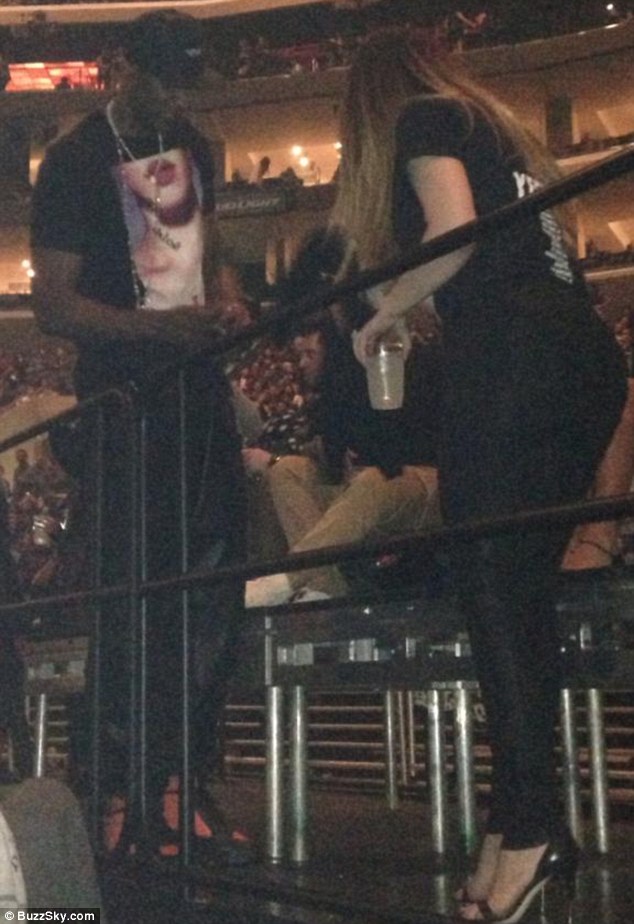 Together again: The couple of four years took in Kanye  West’s show on Monday in LA

Lamar, who has recently been talking with the  Los Angeles Lakers about re-joining their team, wanted a face-to-face with  powerful family matriarch Kris.

Khloe decided that was a good idea and wanted  to go with him. So just hours after taking him back, she drove him in her white  Mercedes G-wagon to mom’s gated Hidden Hills spread.

Kris was ‘raw’ from just announcing her split  with husband Bruce Jenner, according to UsWeekly, but heard out Lamar.

‘Lamar was super emotional,’ says the  magazine’s source. ‘He told Kris he never meant to hurt them or their daughter.  He said disappointing them was the biggest mistake of his life.’

Kris teared up, hugged him, and said she  ‘loved him’ but warned that he better never do those awful things  again. 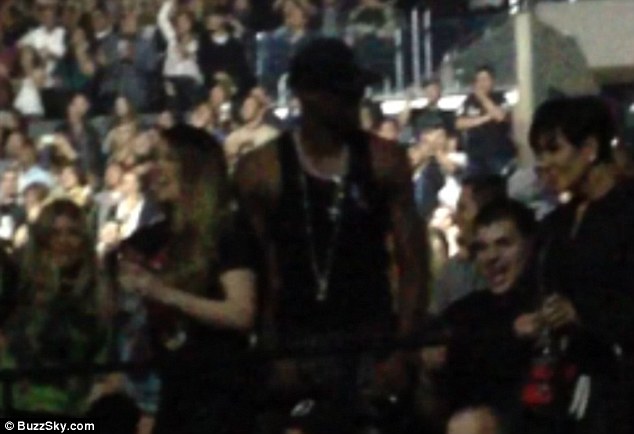 Mom approves: Kris looked on as Khlomar walked through  the crowd

As far as where Khloe’s relationship stands  with her spouse, she has already slept with him again, says the weekly, and  professed her love for him.

‘She’s a tough chick and loves him even after  all he put her through,’ says the source.

This is a big 180 from last month when she  threatened to file for divorce.

‘She never wanted to leave him but felt she  had to,’ a confidant of the magazine says. ‘Especially because her family was  against her staying while he was on a bender.’

Lamar, 34, has been working out steadily,  gaining some weight back, and has been spending time with sober friends in the  San Fernando Valley, which is close to where Khloe resides. 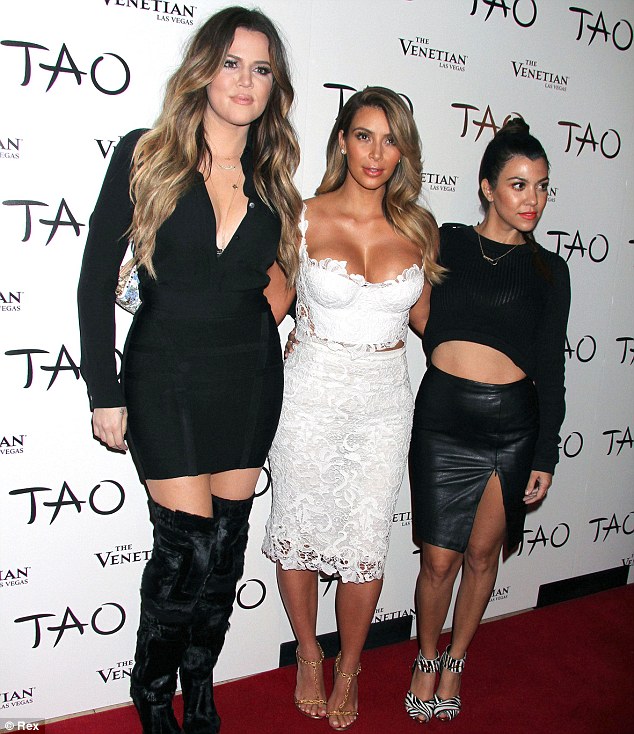 Family support: At first Khloe’s sisters Kim and  Kourtney – who she’s pictured with here at the future Mrs. West’s 33rd birthday  party at Tao in Las Vegas – didn’t want her taking the NBA star back, but now  they understand why she wants to

As far as taking the next step and allowing  him back into the LA-area house they purchased in 2009, that will take a while.  There are still some issues.

‘Khloe’s not past his affairs,’ adds the  insider. ‘This is what Khloe is mainly embarrassed about. She hates the drugs,  but the cheating and the lying are harder.’

Plus she’s worried about how fans will react  to the reunion.

‘She doesn’t want backlash because she  forgave an addict and a cheater.’

The reason Lamar wasn’t present at Kim’s  October 21 engagement to Kanye? Lamar didn’t want to bring any ‘negativity’ to  the celebration, says the magazine.

UsWeekly reports that she may be ready to  announce they’re back together ‘in a month or so.’

As far as their fur child BHop – the boxer  Lamar bought for Khloe in March – the magazine’s source says he’s happy and  healthy. ‘She’s got him,’ adds their insider. 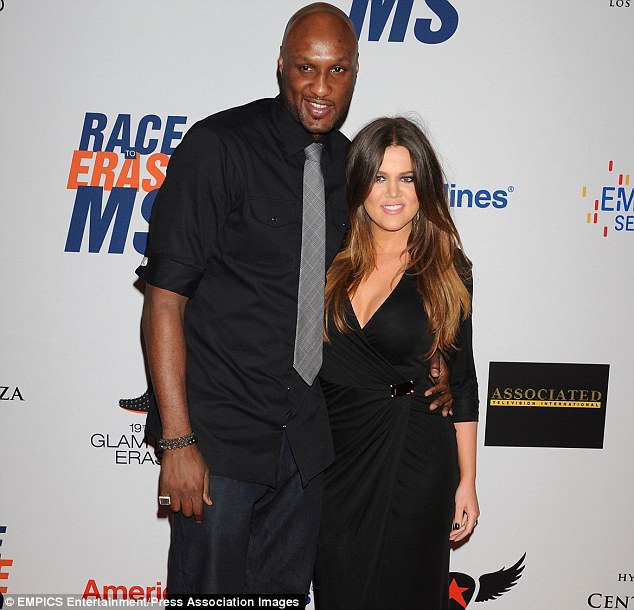 Can they get back to this? Solid in 2012 at the Race To  Erase MS fundraiser in LA 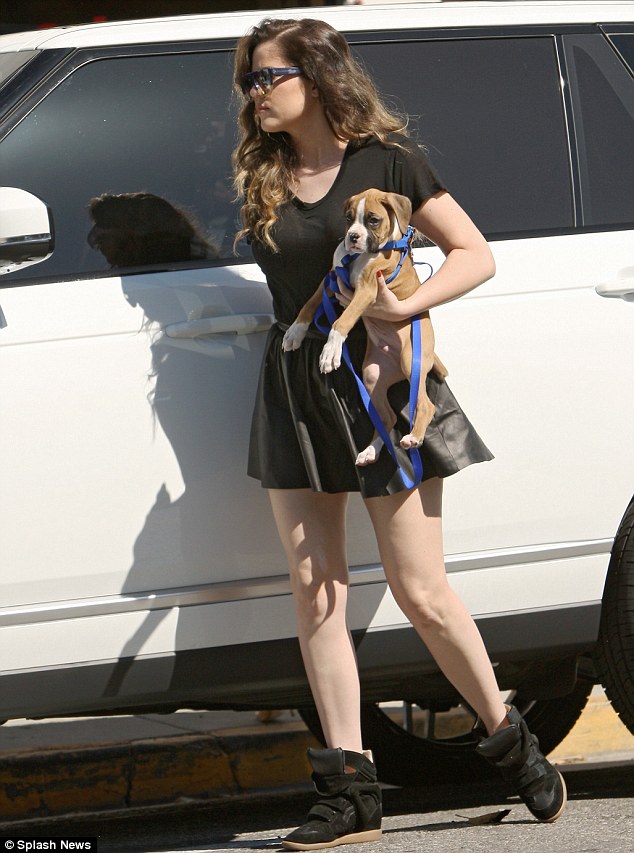 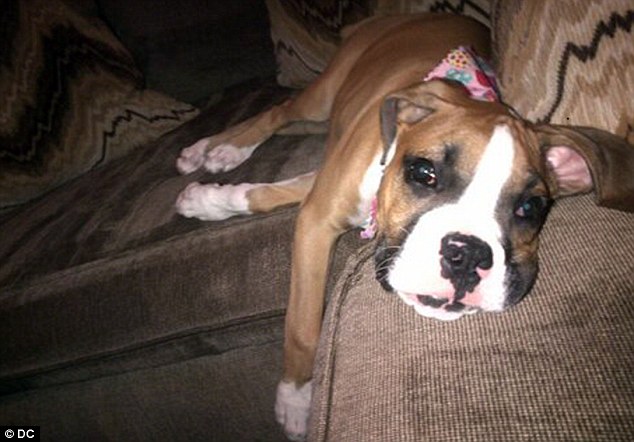 Loved: The canine, who has been nicknamed BHop, was a  hit on Instagram 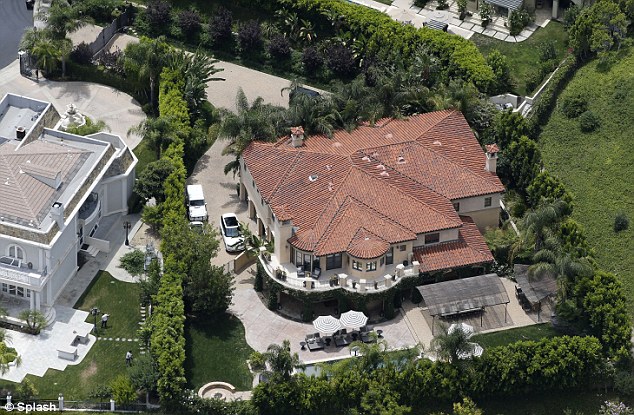 Still not home: Lamar has not been invited back to the  $4m Tarzana mansion he bought with Khloe in 2009