SHOCKING: Man arrested for killing his daughter by BITING HER NECK and SUCKING HER BLOOD (PICTURED)

A man has been arrested on cannibalism charges in Papua New Guinea after he took his young daughter’s life by biting her neck and sucking out her blood.

The three-year-old child’s murder has shocked the country, which has become hardened to numerous cases of witchcraft and brutal killings.

Police said the murder of the child had left the community all horrified and resulted in the local paper, The Post Courier, running a front page headline declaring: ‘Vampire Father’. 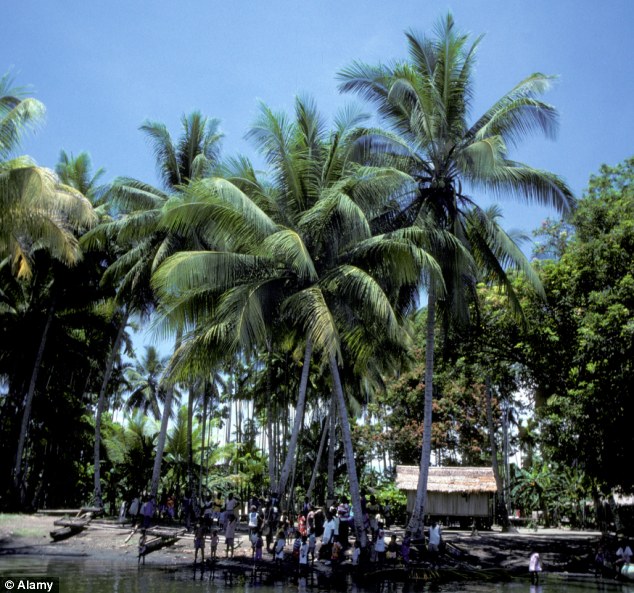 Terror in paradise: The man wrenched his daughter out of her mother’s arms when they visited him in Morobe Province, pictured, and ran off with the little girl (stock image)

The incident was described as ‘a sickening act of cannibalism’, a comment supported by police.

The father, named as Rex Eric, from the Finschhafen District in Morobe Province, has been charged with cannibalism and wilful murder, although investigations are still continuing.

Local councillor John Kenny, who was the first to reach the tragic scene, said the incident occurred after the mother and the child came to visit the father, from whom she is believed to be separated.

‘He grabbed the baby girl from her, jumped over a fence and ran into bushes where he carried out this terrible thing,’ said Mr Kenny.

‘He held the baby close to him, bit deep into her neck, ate the flesh, sucked the blood,’ he told the newspaper. 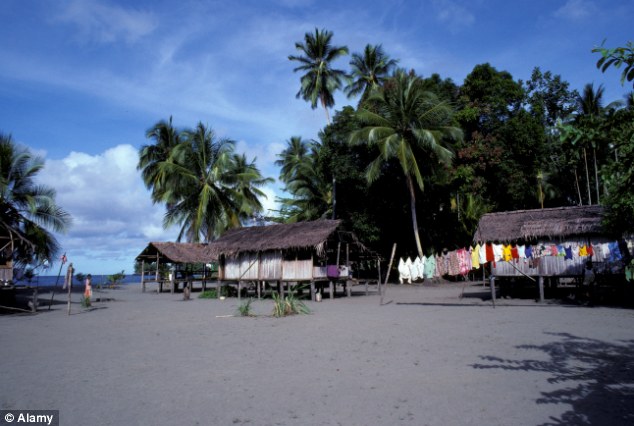 Cannibalism: According to witnesses in Morobe, the father jumped over a fence and ran into nearby bushes where he ate bits of his daughter’s flesh and drank her blood until she was dead (stock image)

‘Two boys who were climbing coconut trees nearby saw him and ran quickly to the (nearby) settlement to alert the people.

‘He was just laughing at the boys and continued eating the flesh and sucking the blood.

‘The boys were scared and ran quickly to alert the people.’

The baby girl’s body was found where the father had dumped her in the bushes.

The man ran towards a church seminary where other villagers grabbed him and handed him over to the authorities.

Police said they believed the man was possessed – a claim not unusual in a country where sorcery and witchcraft are still practiced in remote areas.